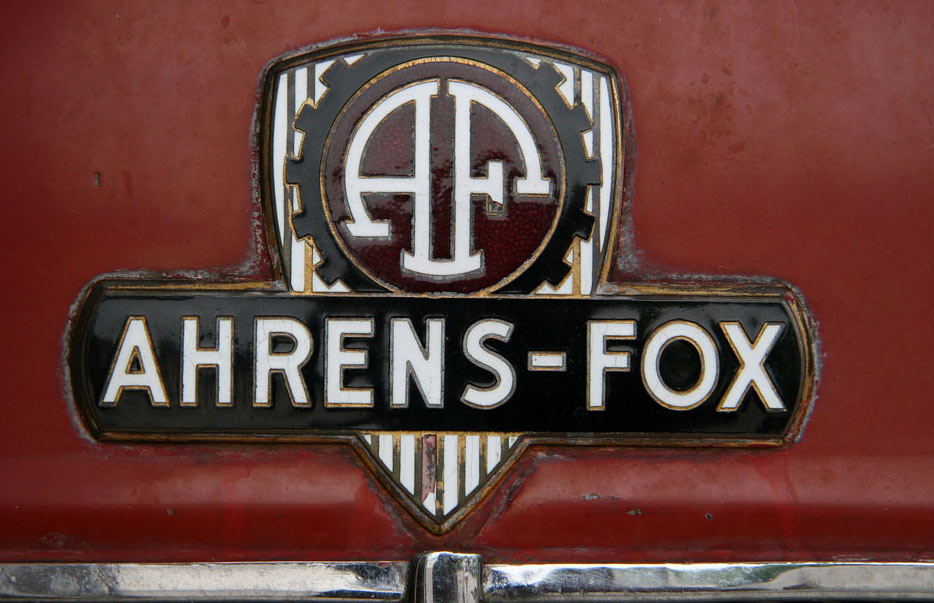 Ahrens-Fox
USA: 1905 - 1956
Of all the companies that built motor fire apparatus in America in 20th century, none has acquired the cult-like devotion accorded the unique products of the Ahrens-Fox Engine Company of Cincinnati, Ohio. With its front-mounted pump surmounted by a gleaming spherical air chamber, the Ahrens-Fox piston pumper projects irresistible aesthetic and mechanical appeal. In 1905, the newly-formed Ahrens Fire Engine Company began production of horse-drawn steam fire engines in a new factory in Cincinnati. Five years later the company was reorganized as the Ahrens-Fox Fire Engine Co., the company's hyphenated name incorporating those of its two principals - Charles H.Fox and John P.Ahrens - respectively, President and Vice President of the restructured company.

Although its steam fire engines still selling well, Ahrens-Fox's chief competitors, American La-France and Seagrave, were successfully marketing motor-driven fire apparatus. By 1910 the company's engineers had commenced development of a motor-driven pumping engine of its own design. Ahrens-Fox completed its prototype motor pumper in mid-1911.The "booster" system - one of the most significant contributions to the American fire equipment, was introduced in 1913. Ahrens-Fox's new booster system consisted of a small front-mounted pump connected to an on-board water tank and reel-mounted hose line.

The Ahrens-Fox piston pumper quickly acquired an enviable reputation for performance and durability. From 1915 onward, Ahrens-Fox identified its products with an alpha-numeric combination of letters and numbers which indicated the motor, pumping capacity and equipment carried. Ahrens-Fox was extremely proud of the fact that it made virtually all of its components, including four- and six-cylinder engines, piston pumps, chassis and all major components. Occasionally, the company went to an outside supplier to meet special requirements. One of this was a battery-powered aerial ladder truck for New Bedford, Massachusetts, in 1916 and a battery-powered piston pumper built for Gloucester, Massachusetts, in 1919.

Up until now, the Ahrens-Fox Fire Engine Company was primarily a builder of piston-type pumping engines, combination hose and chemical cars and ladder truck tractors. In 1928, Ahrens-Fox introduced its first central mounted pumpers. But at the end of 20s, like all other US fire apparatus manufacturers, Ahrens-Fox was affected by the ravages of the Great Depression. Fortunes were lost, factories closed and millions were thrown out of work. Orders for new fire apparatus slowed to a trickle. To meet the needs of cash-strapped municipalities which could no longer afford a big custom Ahrens-Fox, the company in 1930 introduced a new line of budget-priced fire apparatus built on a commercial truck chassis purchased from Schacht Motor Truck Co. of Cincinnati.

After the Great Depression, the Ahrens-Fox Fire Engine Co. was in serious financial difficulty by mid-decade. The only solution to this crisis was a forced merger with the LeBlond-Schacht Truck Co. Management was unchanged, with Charles Fox and John Ahrens still at the helm. The restructured Ahrens-Fox Fire Engine Co., Inc. continued to operate as a separate autonomous division of Schacht. But after 31 years , the company was forced to move out of its original factory on Colerain Avanue and into a portion of the LeBlond-Schacht (also in Cincinnati). In 1939, three years after the Schacht merger, Ahrens-Fox fire apparatus production was transferred from the Schacht plant to the LeBlond Machine Toolplant in Cincinnati suburb of Norwood.

Unlike its major competitors, Ahrens-Fox suspended fire apparatus production during the Second World War (1941-1945). The Ahrens-Fox Fire Engine Corporation resumed postwar fire apparatus production in the spring of 1946. Within month, the Norwood assembly line was humming again. There was another corporate shakeup at Ahrens-Fox in 1950. President Harold LeBlond announced the dissolution of the Ahrens-Fox Fire Engine Corp. and sale of its assets to the Cleveland Automatic Machine Corp. In 1951, Ahrens-Fox was sold yet again time to General Truck Sales Inc. - one of the major GMC truck dealer.

Late in 1953, Ahrens-Fox fire apparatus production was subcontracted to the C.D.Beck Co., Inc, a manufacturer of intercity buses located in Ohio. Including commercial, fewer than 20 Ahrens-Fox fire engines came out of the Ohio plant annually. The future was uncertain at best. But Ahrens-Fox went out in typical innovative style. In 1955 the company introduced its first cab-forward model. Only half a dozen cab-forward Ahrens-Foxes were built in 1956-57 before the plug was finally pulled on Ahrens-Fox. Mack Trucks Inc. acquired C.D.Beck - including the Ahrens-Fox fire apparatus operation - in mid-1956. Six years after the company's demise, the Ahrens-Fox name and all remaining parts, records and other assets were sold to longtime former Ahrens-Fox employee Richard C. Nepper in 1961. There almost was another "last" Ahrens-Fox. "Mr.Ahrens-Fox" himself, Curt Nepper, hand built a 750 gpm pumper on a Ford tilt-cab chassis for Southern Campbell, Kentucky. Under construction for seven years, it was finally delivered in 1977.

The legendary Ahrens-Fox name was resurrected in 2002, when Mr.Menke leased this historic nameplate to HME Fire Apparatus, for exclusive use on the company's premium custom fire apparatus chassis.
Read more 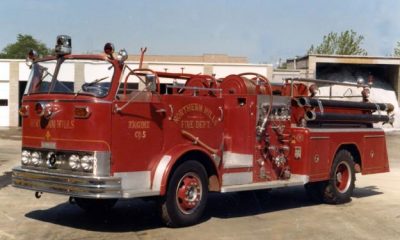 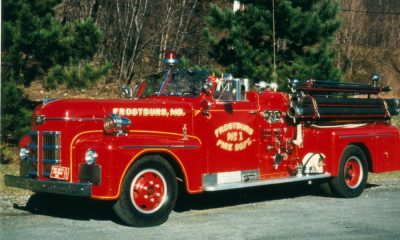 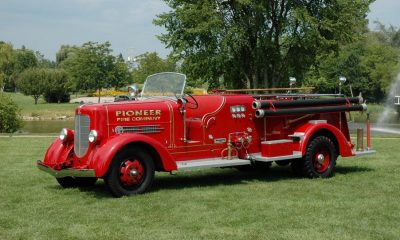 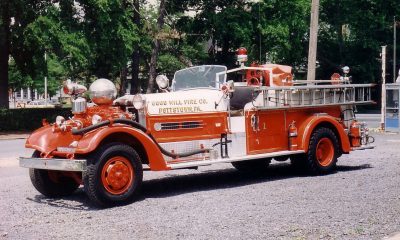 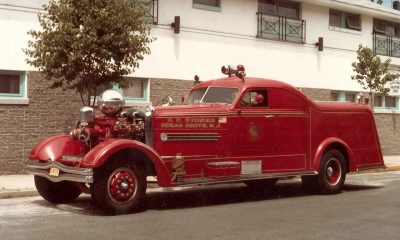 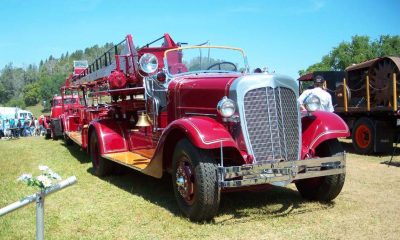 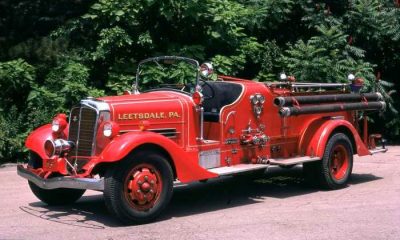 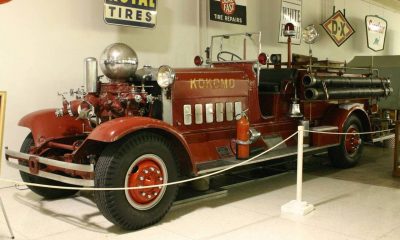 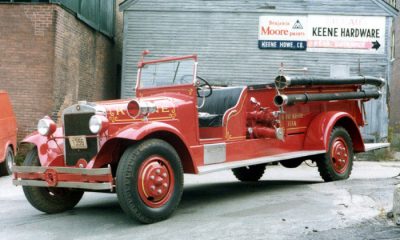 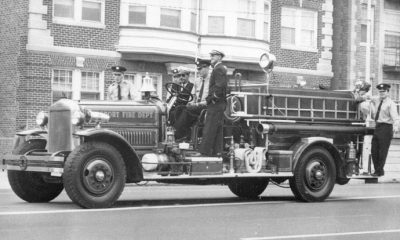 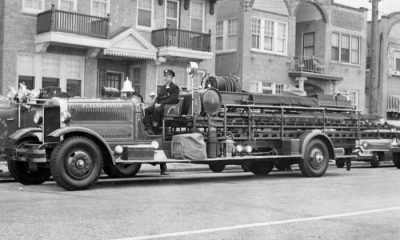 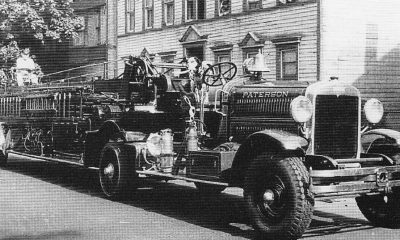 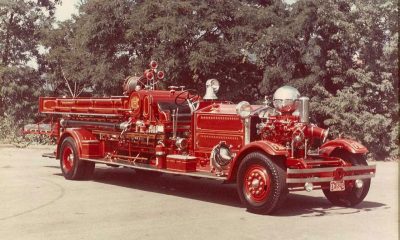 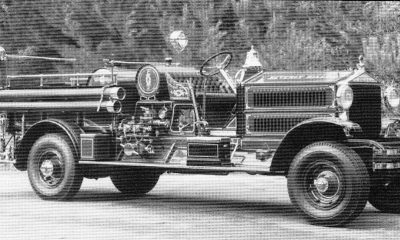 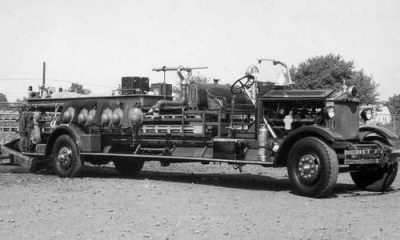 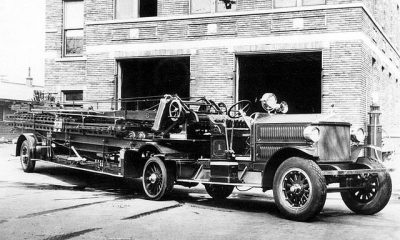 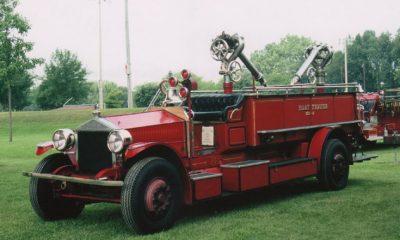 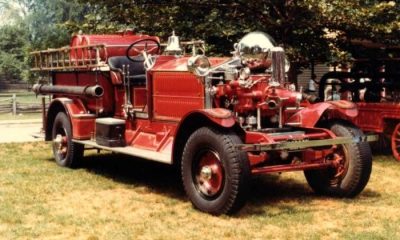 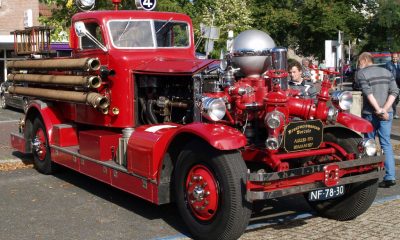 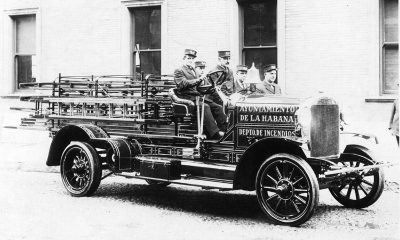 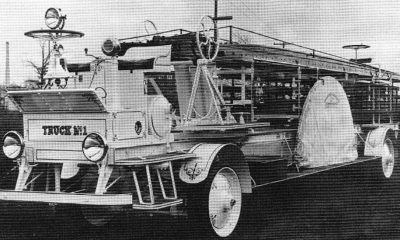 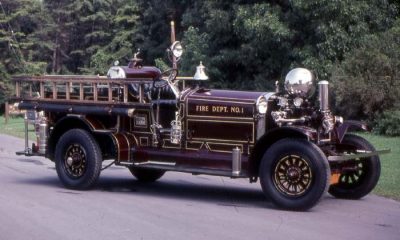 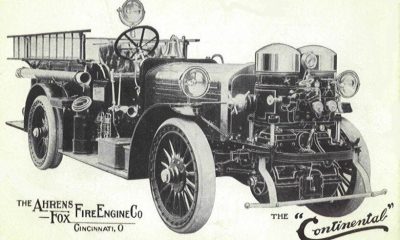 Ahrens-Fox Continental Model A / Model B