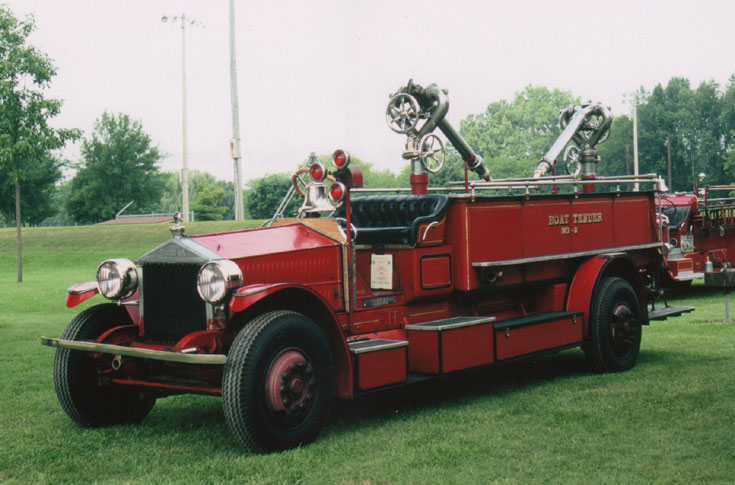 Ahrens-Fox built two of these Model J-13 “High Pressure Hose Car” as they were officially called, in 1922. It worked together with the Detroit Fire-Boats. There were no own pumpers on the trucks, the water under high pressure went from the Fire-Boars. The Morse deluge guns could each flow 3000 gallons per minute, and there were two on each Boat Tender. So with all four guns at fukll capacity, that’s 12, 000 gallons per minute, could definitely drown just about any fire, although it’s doubtful both boat tenders ever worked together on a fire. The two 1922 boat tenders, like most of Detroit’s Ahrens-Foxes, were powered by Ahrens-Fox Model J motors, which had their cylinders cast in pairs, instead of 6 separate T-head cylinders as on all other Ahrens-Fox motors made between 1914 and 1935.