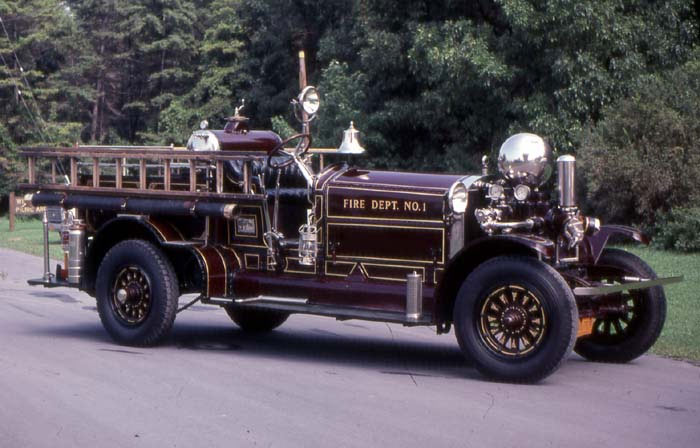 In 1915, Ahrens-Fox replaced the double-dome Continental with a totally redesigned piston pumper. Powered by a four-cylinder engine of its own design and manufacture, the new Model “K” sported a single, spherical air chamber atop its 750 gpm four-piston pump. The first Model “K” – which would characterize Ahrens-Fox’s pumper design for the next four decades – was delivered to Beaumont, Texas. The United States Government purchased 15 Model “K” piston pumpers in 1918 for the United States Army Ordnance Corps. From 1915 onward, Ahrens-Fox identified its products with an alpha-numeric combination of letters and numbers which indicated the motor, pumping capacity and equipment carried. 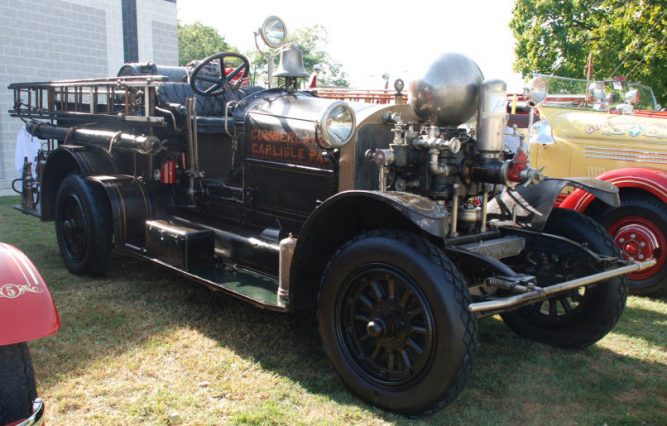 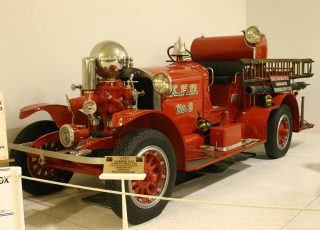 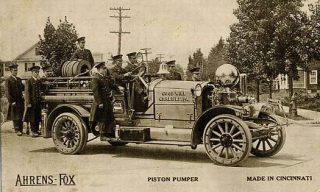 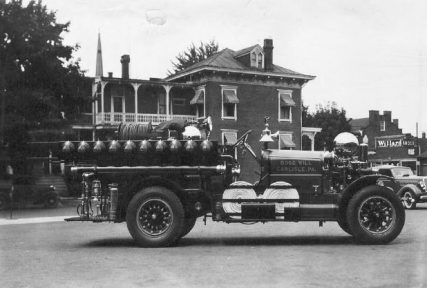 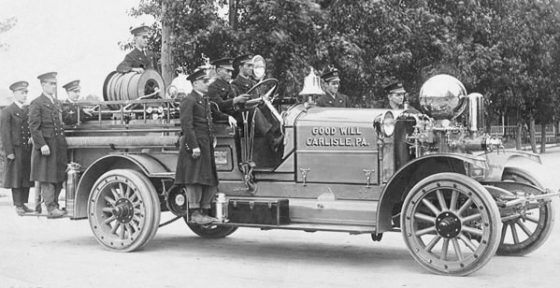 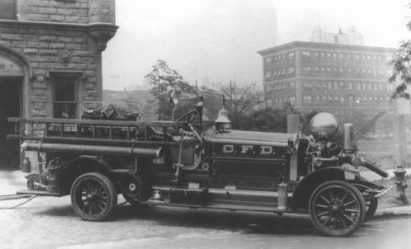 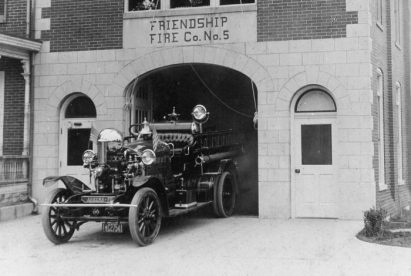 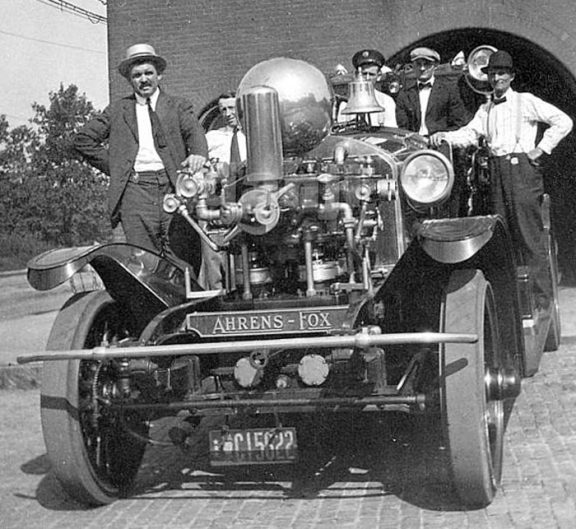 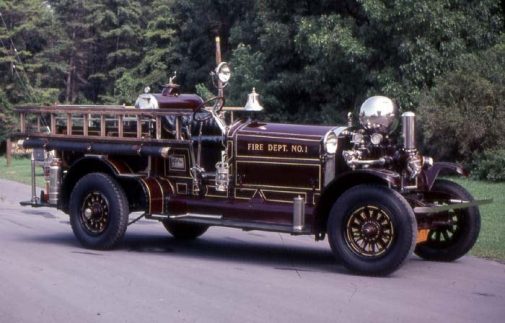 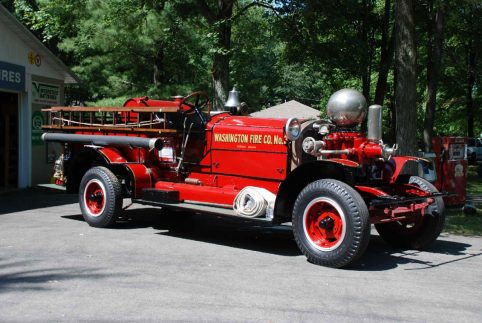 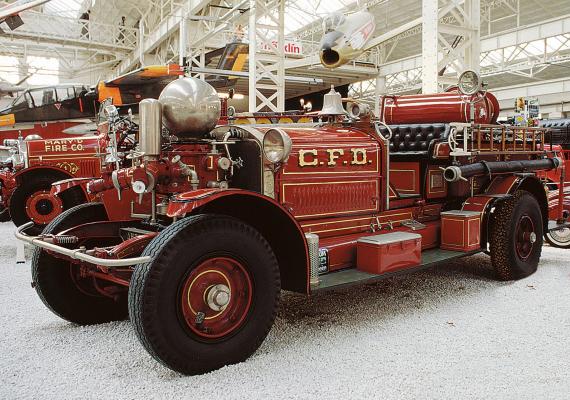 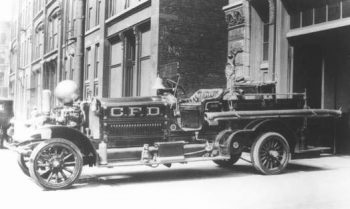 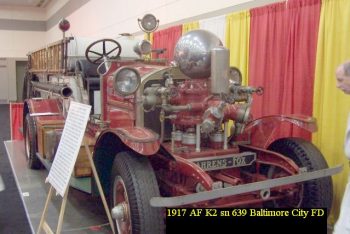 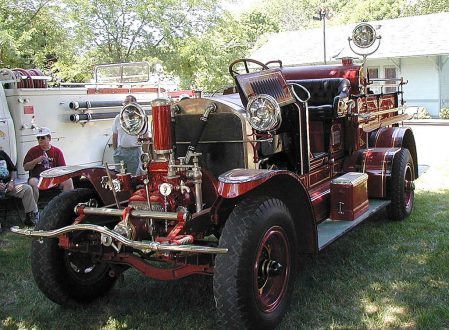 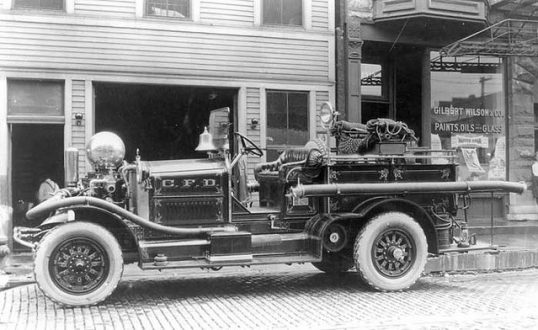 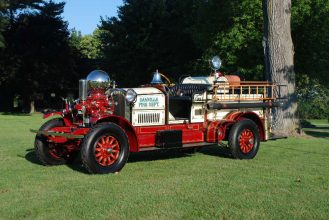 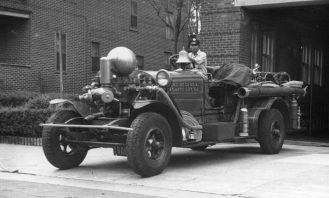 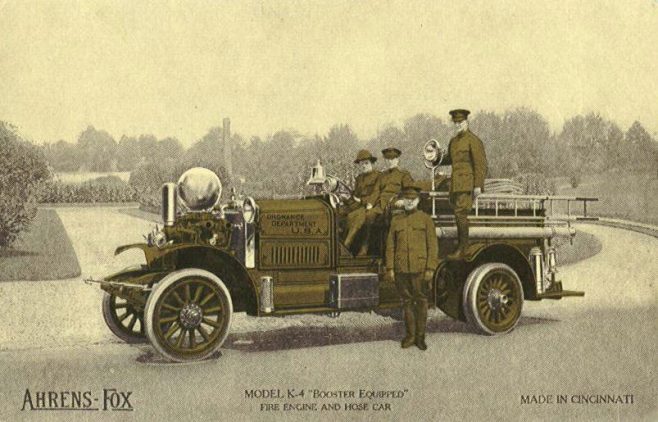