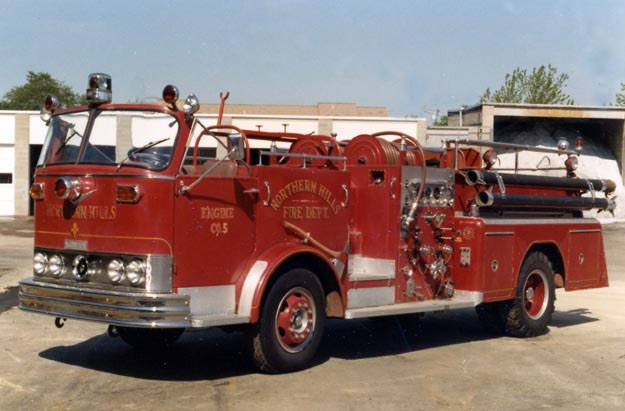 Only half a dozen cab-forward Ahren-Foxes were built between 1956-57 before the plug was finally pulled on Ahrens-Fox. Mack Truck Inc. acquired C.D.Beck – including the Ahren-Fox fire apparatus operation – in mid-1956. Mack unashamedly appropriated the Ahren-Fox cab-forward design, which it placed into production at Sidney and rebadged as its own “C”-series custom fire chassis. 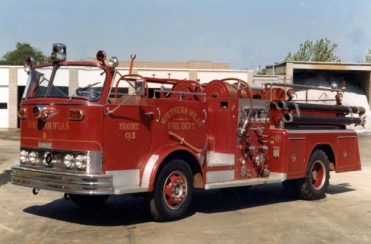 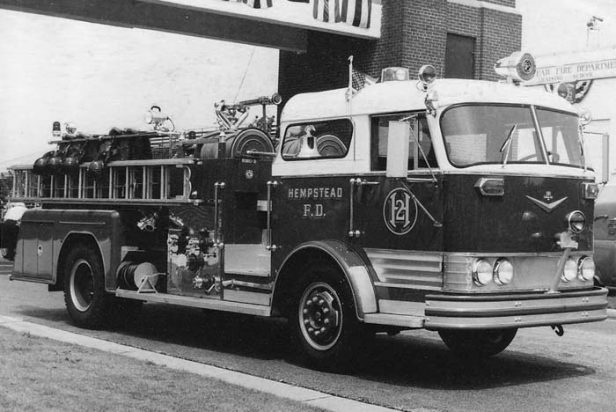