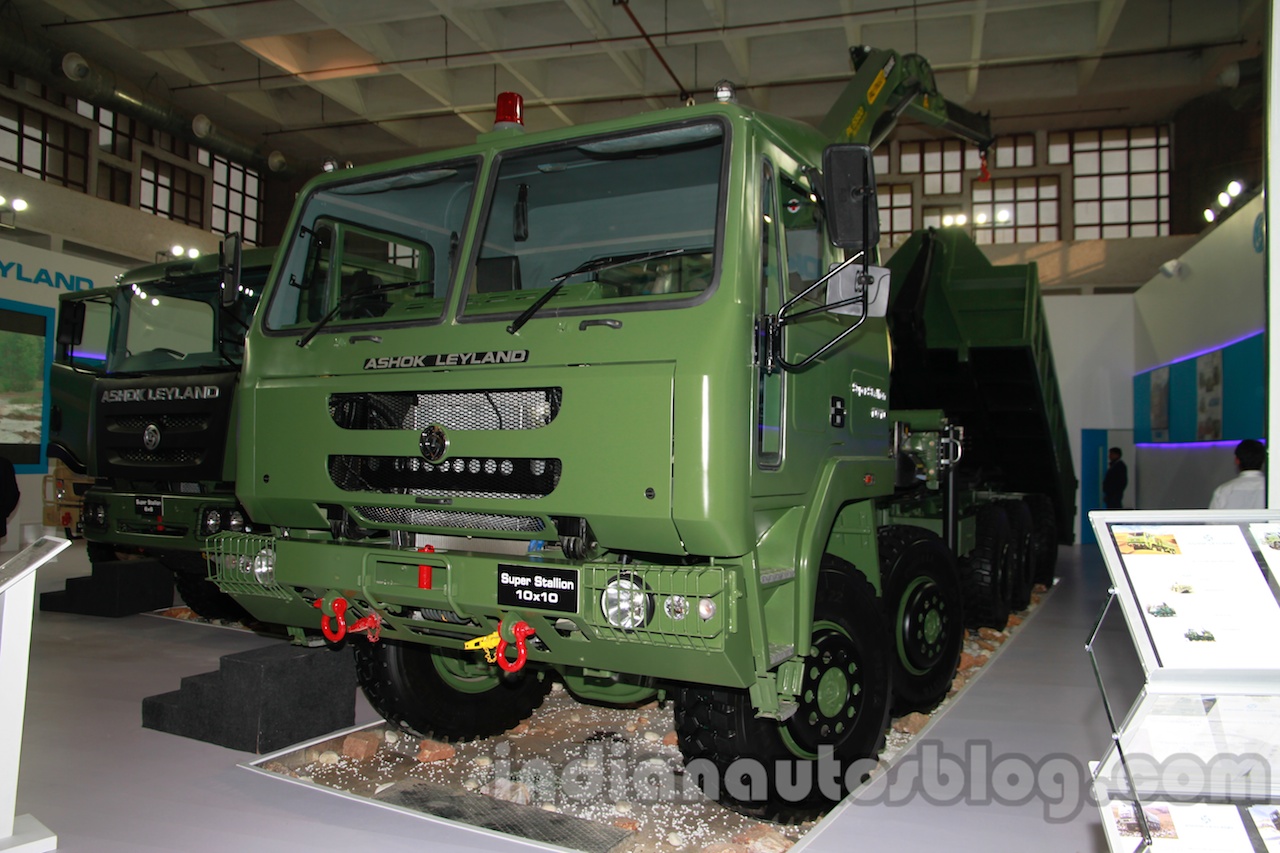 At the DefExpo 2014 in India Ashok Leyland presented an updated version of Stallion HMV, which now is known as Super Stallion 10×10. The Super Stallion 10×10 is a massive permanently all-wheel drive truck with steerable front, second and rear axles. With a Gross Vehicle Weight (GVW) of around 49 tonnes, it gets a payload carrying capacity of 20 tonnes.

The Super Stallion 10×10, the company said, can be used as a container carrier, bridge launcher, command post, weapon mounting system or an ammunition carrier amongst other uses. The truck gets Ashok Leyland’s Neptune series of engines, with two engine options producing 360 hp and 450 hp respectively.

The Super Stallion 10×10 can either be powered by an in-line 6-cylinder diesel engine that makes 360 hp and peak torque of 1,340 Nm. The other engine is the same engine, making 450 hp and 1,627 Nm of peak torque. Both engines can be mated either to a nine-speed manual or an automatic gearbox. 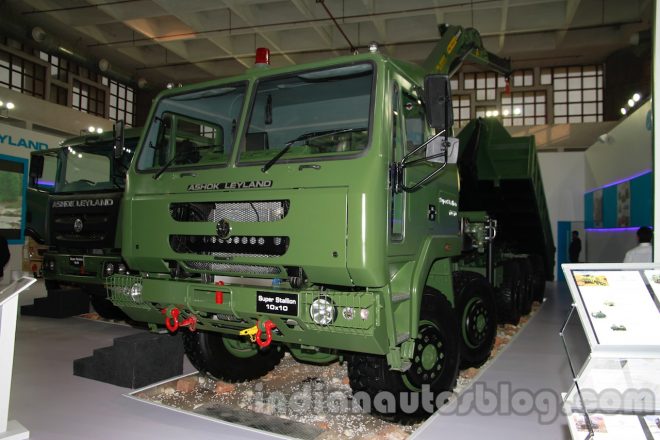 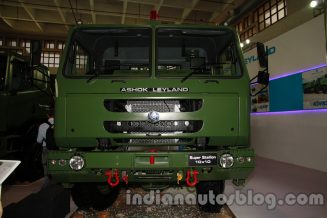 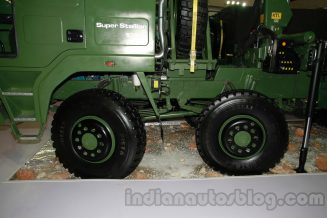 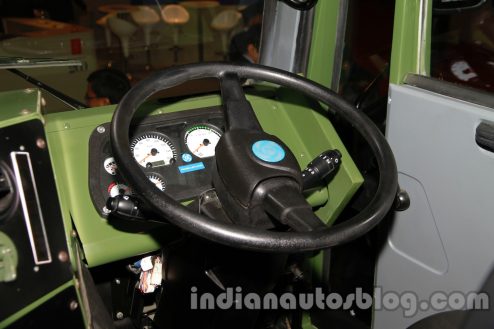 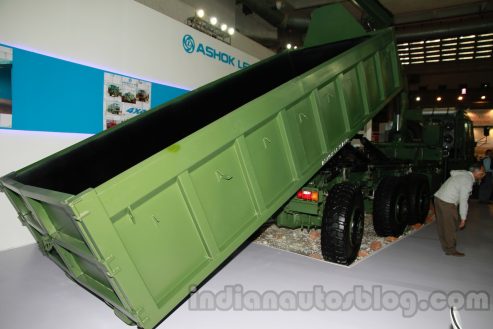