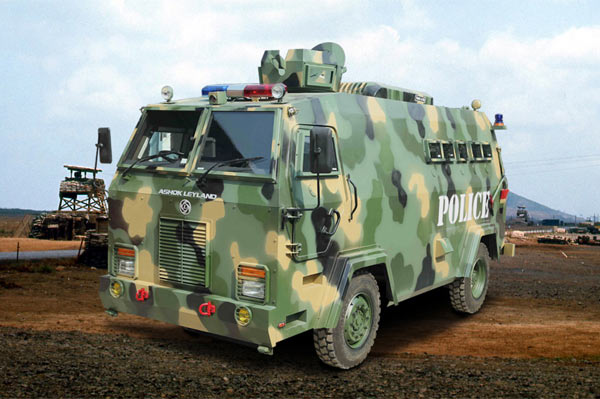 “It is a fact that insurgency and the threat of terrorism in several parts of our country means that there is a need for high-performance, specialized tactical and armoured vehicles and Ashok Leyland Defence Systems is well positioned to leverage technologies and partnerships to address these requirements,” said Dr. V. Sumantran, Chairman, Ashok Leyland Defence Systems.

Built on the tested and proven STALLION platform and entirely indigenously developed, the ‘Kavach’ is specially designed for the safe movement of troops and police forces, during counter insurgency operations, with protection levels of NIJ Level III for the crew compartment and 2 HE grenades under the floor. Configured as a 4×4 all-wheel drive, the STALLION ‘Kavach’ is equipped with a 135kW (184 hp) engine.

Safety is addressed through a solid blast protection body to protect troops against a blast of 5 kg of explosives from a distance of 30 meters and can seat at least 12 personnel, including the driver, on special fragment-protected seats.

The STALLION ‘Kavach’ is provided with 12 self-locking gun ports, a 360° rotatable turret with view port and gun mount, one rear roof hatch for emergency exit and specialized lighting and communication systems. The ‘Kavach’ enjoys the versatility of the STALLION platform and can be modified in to a Command Post, Communication Vehicle, an Ambulance or even a Bomb Disposal vehicle. 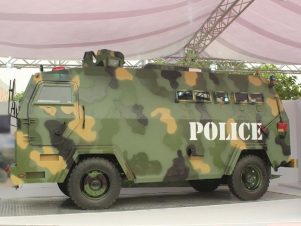 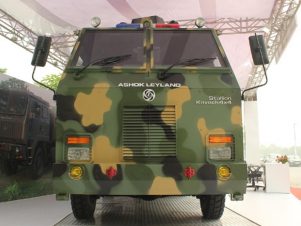 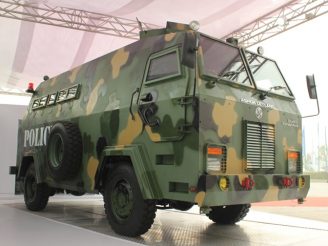 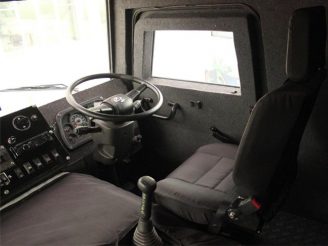 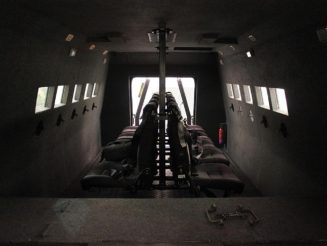