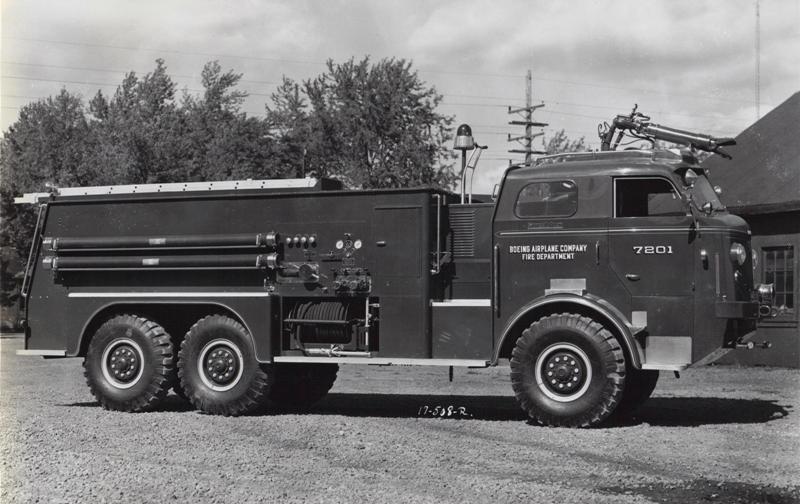 The Navy’s requirements for cross-country 6×6 pumpers led to the development of this unusual but purposeful looking truck which was designated as a Model YDXF1 Foam Pumper. Built in 1954, it was powered by an engine which was found in several other military vehicles: Continental’s dual carburetor Model S680-1, six-cylinder, 820 cubic inch (ca. 13 l) model which produced 320 reliable horsepower at 2800 rpm.

It used American LaFrance’s series 700 cab, but had it mounted very high to clear the front wheel drive components. However, the height did produce good visibility, and that plus 14-inch ground clearance, 14.00×20 tires and excellent angles of approach and departure resulted in good off-road mobility.

A five-speed military transmission and Timken military T13 two-speed transfer gave 10 forward speeds, with the Timken five-ton military axles offering a 6.443 to 1 ratio. Essentially the chassis was that of the M44 five-ton 6×6. 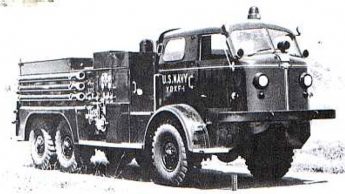 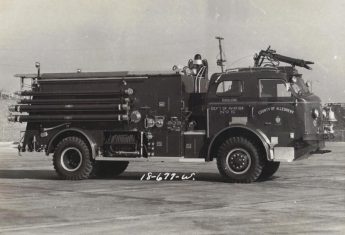 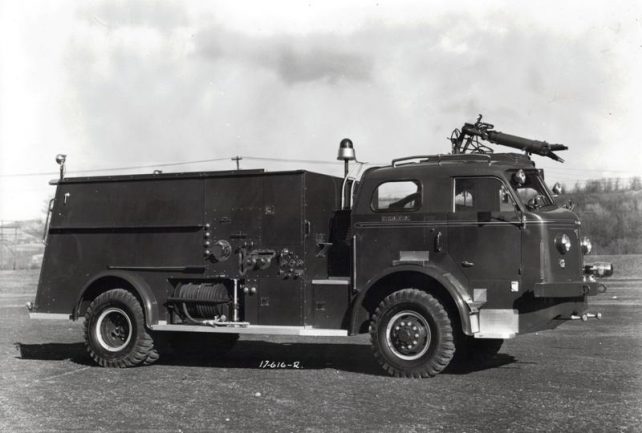