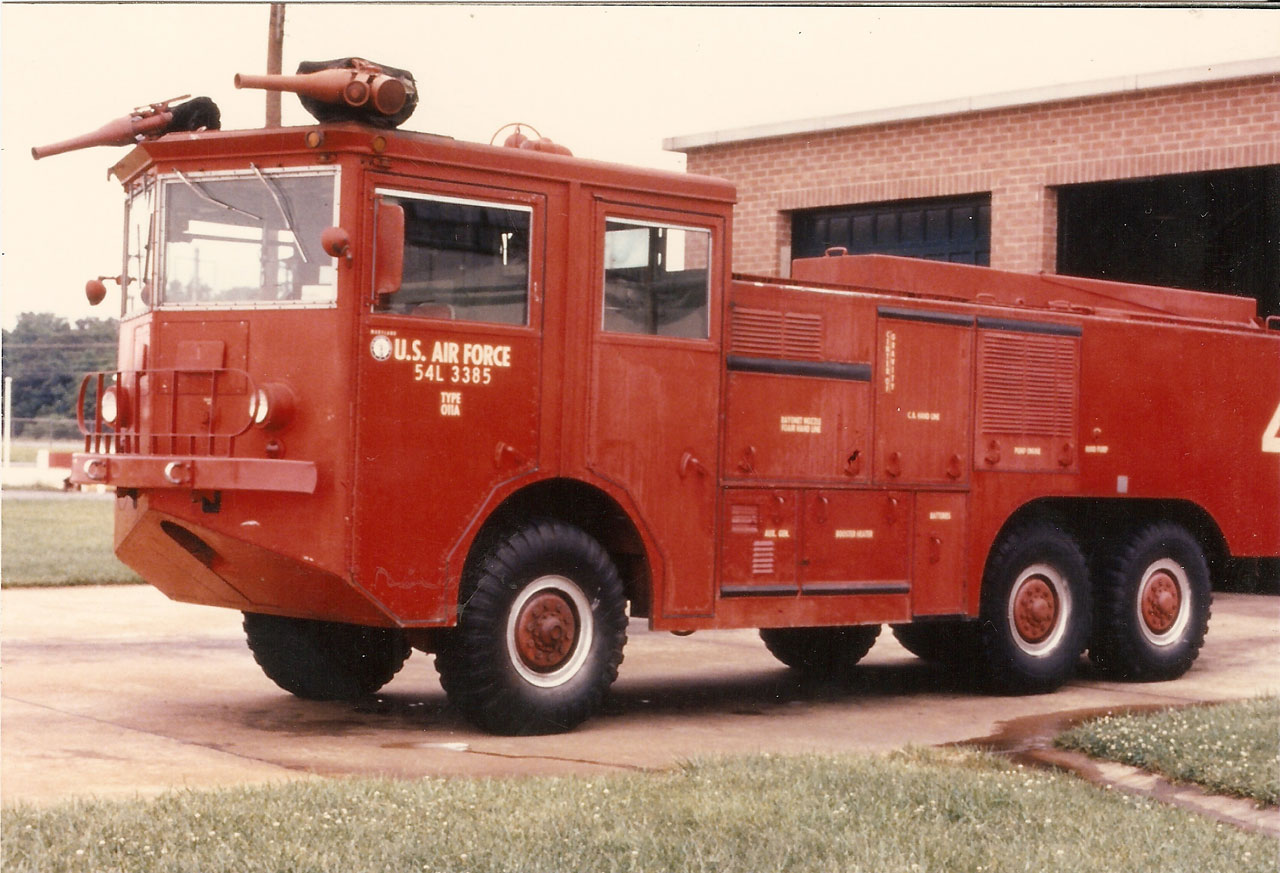 With the outbreak of the Korean War in 1950, America got the Cold War jitters. Federal money was made available to purchase fire apparatus for Civil Defence and to bolster local fire protection. The American LaFrance Foamlite Co. was awarded several large contracts to build a new generation of advanced crash fire rescue trucks for the United States Air Force.

The first 0-10 CFR vehicle was handed over to the USAF in 1951. Over the next eight years, American LaFrance and Marmon-Herrington built more than 1,100 of these boxy all-terrain 0-10, 0-11A and 0-11B crash trucks, which could be airlifted anywhere in the world.

The Type 0-11A became the second version. Dual foam nozzles replaced the single nozzle on the forward cab roof and four cab doors help to identify this type. The wheelbase had grown 25 inches (0.64 m) to 190 inches (ca. 5 m), and overall length had been extended from 26 feet, 5 inches, to 30 feet, 4 inches. 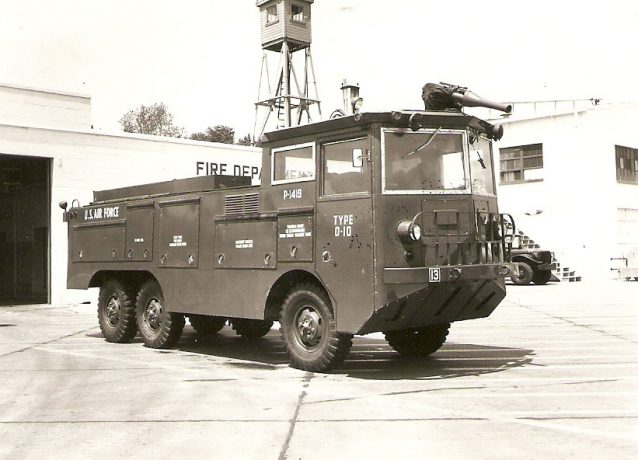 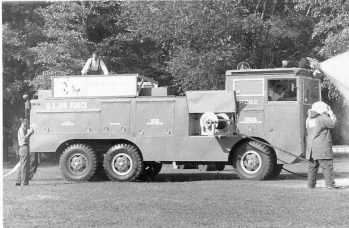 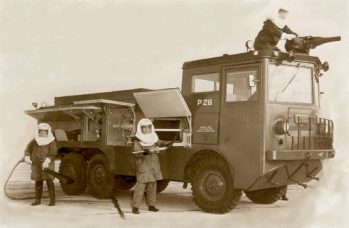 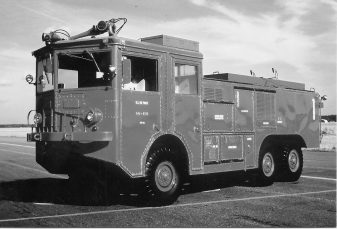 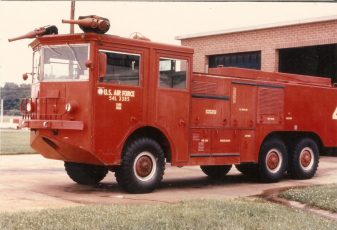 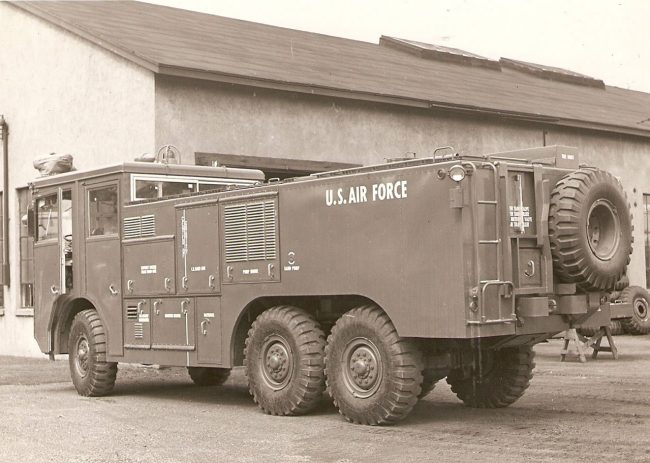 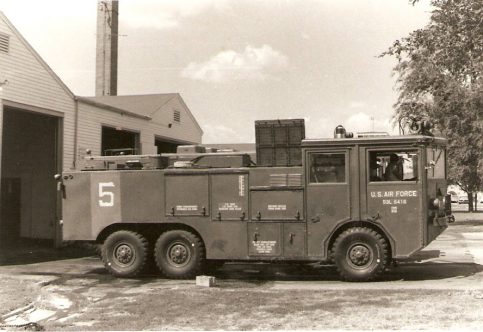 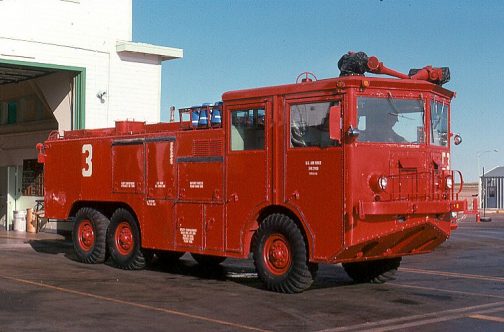 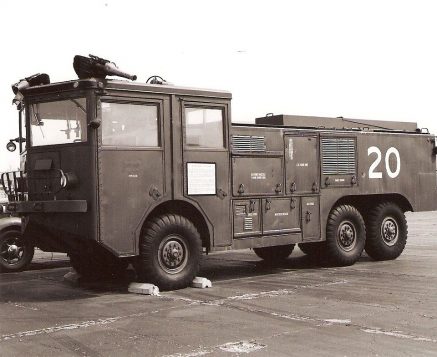 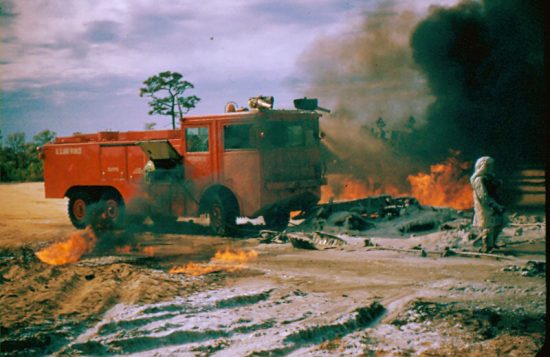 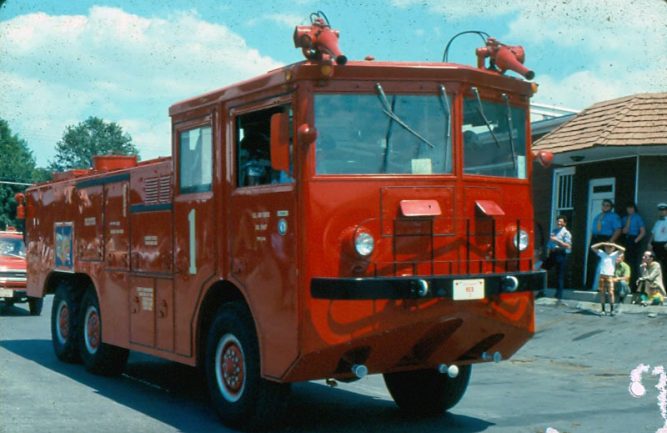 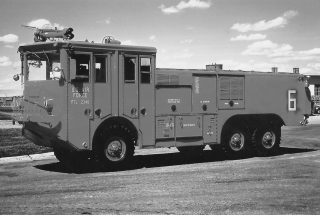 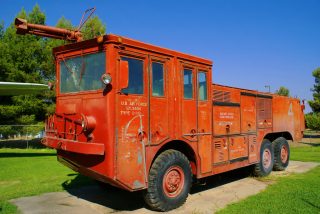