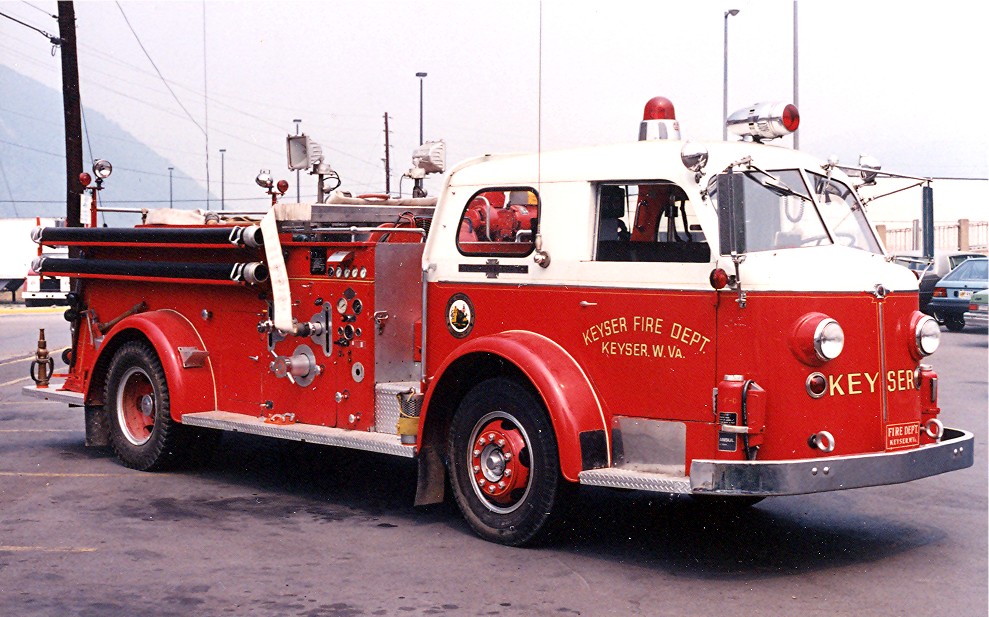 The cab-forward configuration also resulted in reduced weight on the front axle resulting in easier handling and steering. With its nimble 160-inch wheelbase, a standard 700 Series pumper had a turning radius of only 25 feet (ca. 8 m), a vast improvement over the bulky 600 Series. Forward visibility was increased 250 percent compared to the wartime 500/600 series.

A dramatically styled 700 Series had a sleekly-tapered front end with no grille. The design was somewhat reminiscent of GM’s now “F” type diesel locomotives. A pair of rear-facing crew seats flanked the engine compartment. Depending on pump or ladder size, 700 Series customers had a choice of four V-12 engines – 190-, 204- and 215-horsepower variants of the Lycoming-based V-12, or the big 240-horsepower ALF “E” V-12, the former 312A engine.

The first production 700 Series fire engines were delivered to fire departments in March 1947. By the end of 1950, American LaFrance had delivered more than 1400 of these cab-forward wonders. With continuous improvements, the spectacularly successful 700 Series remained in production for 12 years. In 1955, the company introduced a trio of new economy-model 700 Series pumpers named the Ranger, Crusader and Protector.

These plain-looking, discontented 700s sported painted bumpers, a cut-down windshield header, cab doors with no side glass and compartmented rear fenders. These new economy model pumpers were powered by Continental engines instead of the usual ALF V-12s. More than three thousand of these classic cab-forward fire fighters were delivered before the last one was built in 1959. 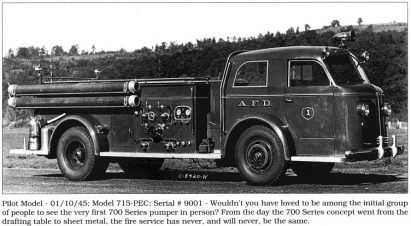 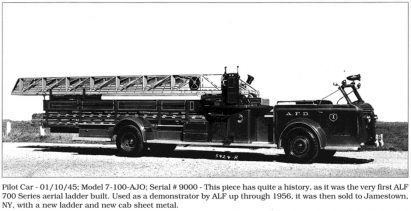 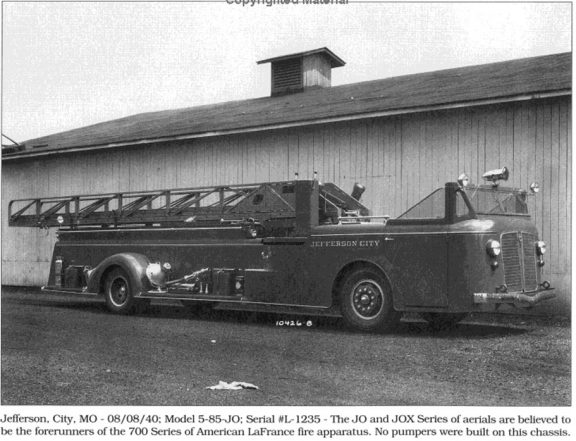 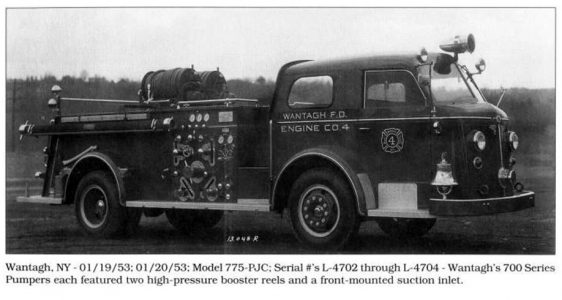 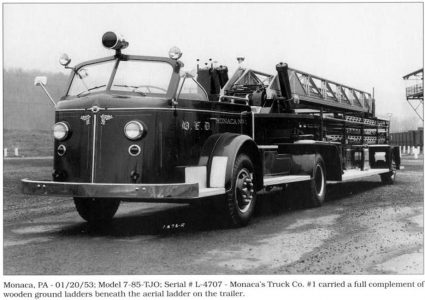 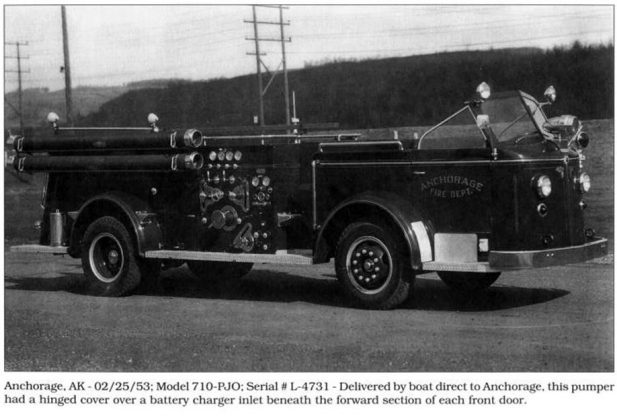 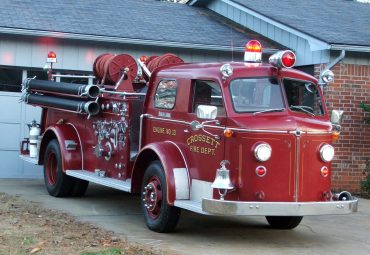 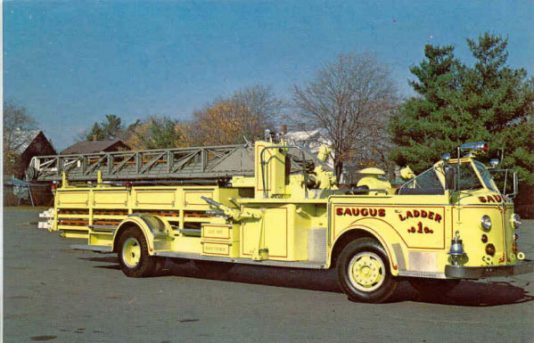 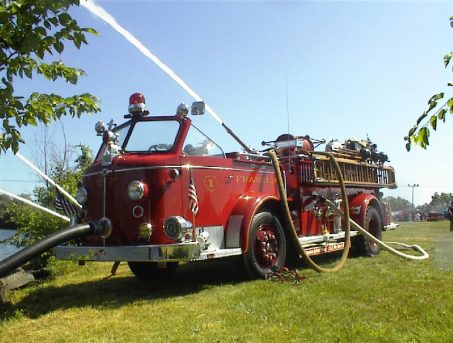 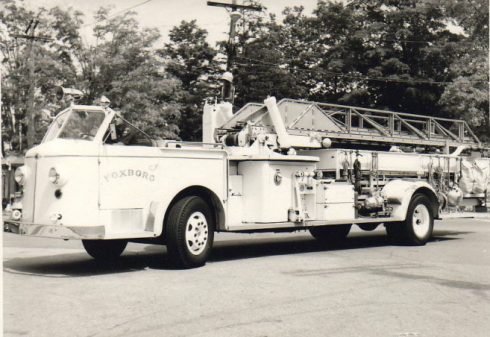 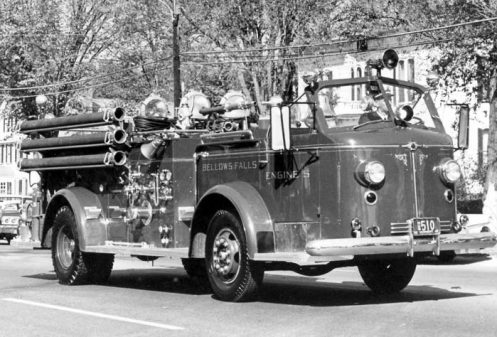 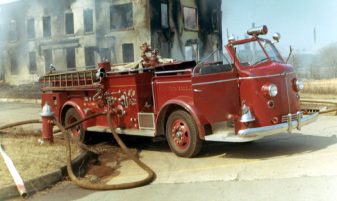 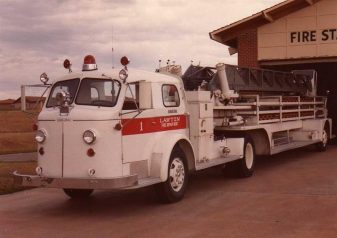 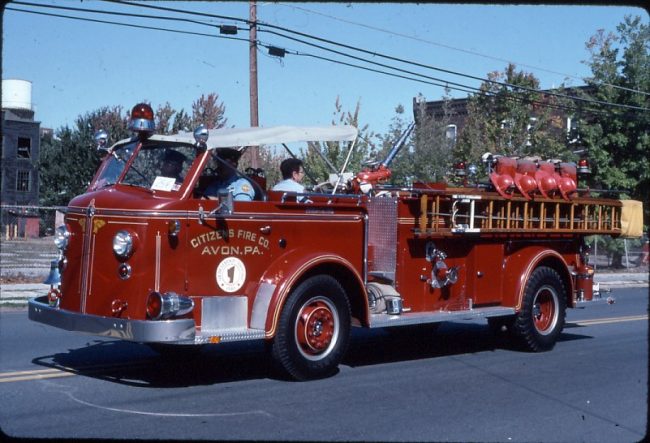 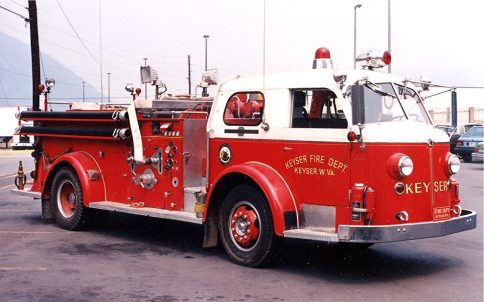 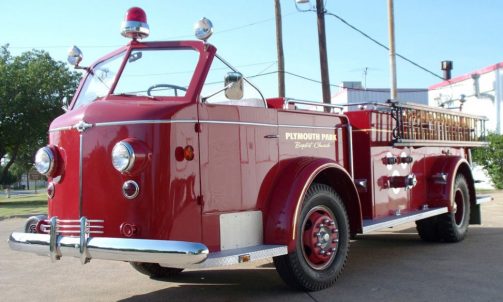 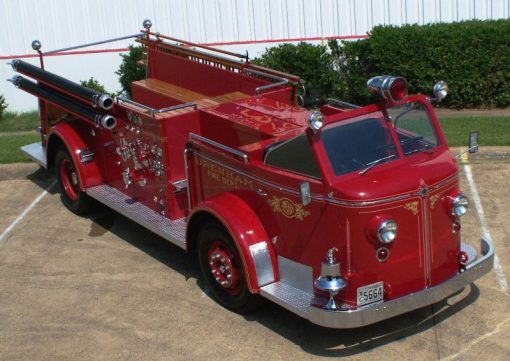 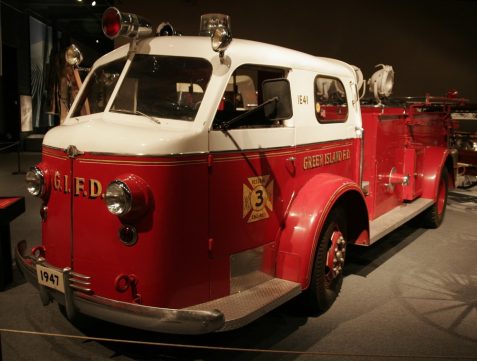