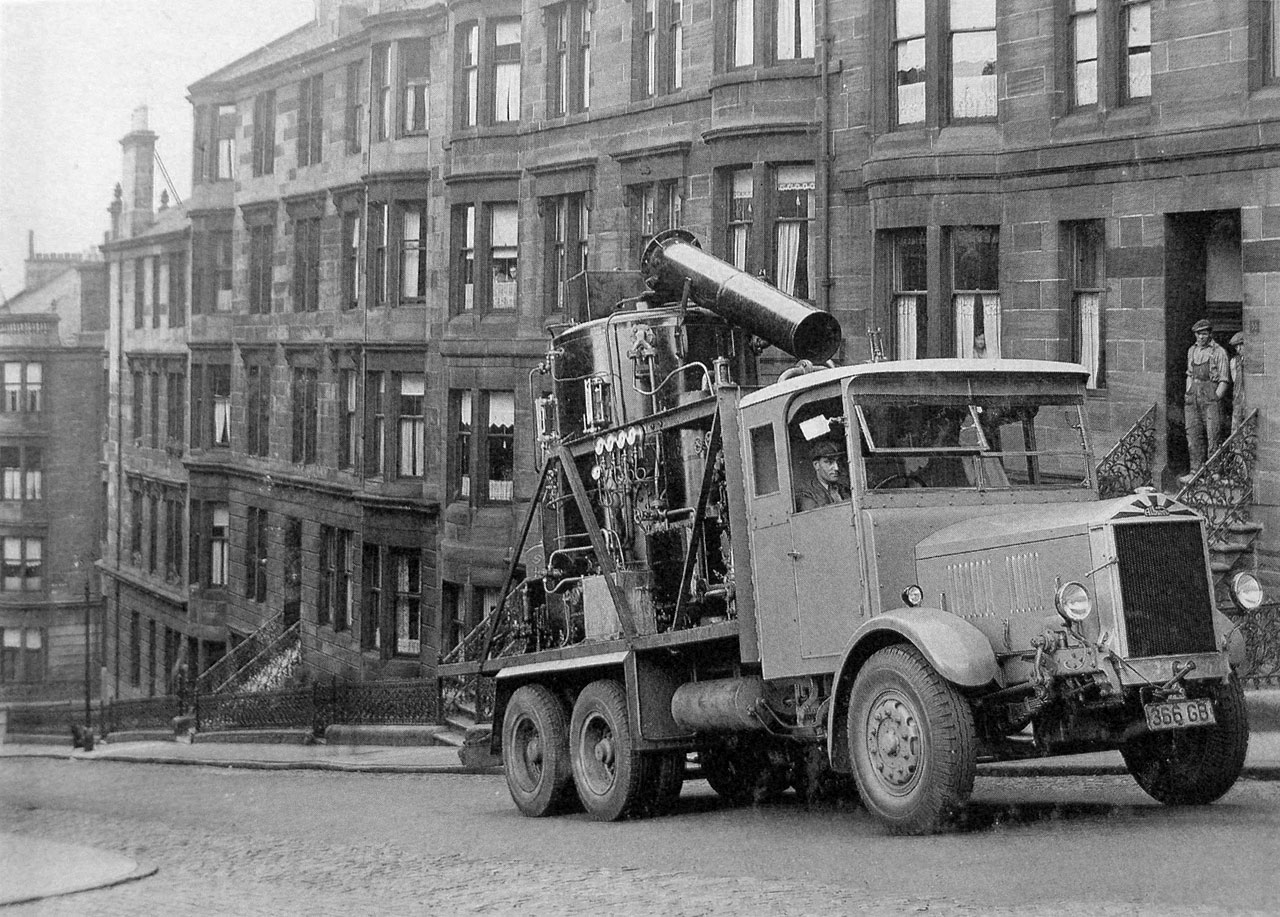 The first of the 1933 models to go into production, the overtype Model 57 and a companion bonneted Model 56, were heavy duty maximum legal weight versions of the 5-6 ton Models 37 / 36 introduced the previous year and retained the same set-back front axle arrangement. For non-trailer work the power came from the 85 hp EN70 introduced with the ‘Valiant’ bus, but for trailer hauled duties, the 100 hp EN80 from the ‘Venturer’ was offered.

Gardner and Beardmore 5 and 6 cylinder diesel engines were also available for solo and trailer work respectively. At that time, the model number was often given a prefix letter and the wheelbase indicated with a second prefix letter (e.g. ‘L’ Long, ‘S’ Short), whereas post second world war models used a suffix letter. The two bonneted versions, with 14′-6″ and 16′-6″ wheelbases, were the PS56 and P56 respectively.

Described as a 10 ton chassis, but designated for a 12 ton gross load, the overtype Model 59 commenced production in April of 1933, with a bonneted Model 58 not available until early 1934. This model was fitted with a trailing second rear axle, the rear bogie configuration having no resemblance to the earlier 6×4 War Office subsidy Models 31 and 32. Powered from an uprated version of the 6 cylinder petrol EN80, the 7.8 liter EN85 had a 1/4″ larger bore and produced additional 10 bhp. The Gardner 5 or 6LW oil engine was also available as an option.

Albion Model 56 From the Albion of Scotstoun book 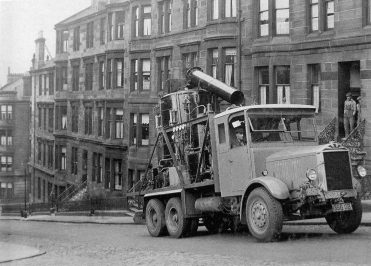