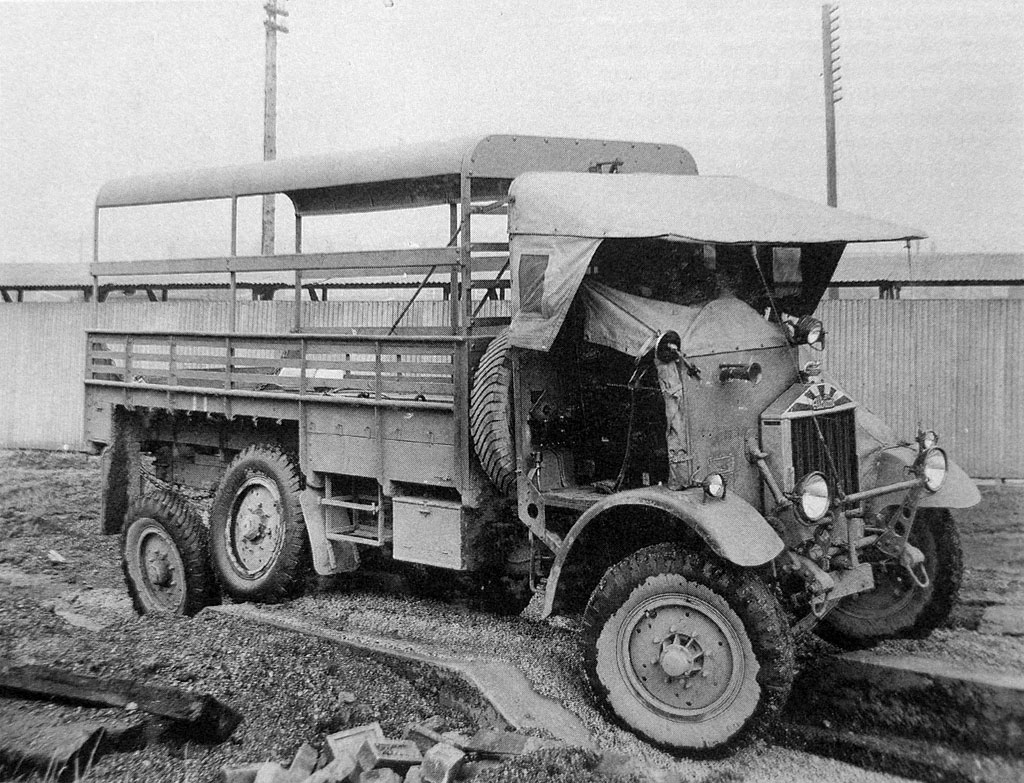 The overtype Model 32 was the second of the rigid 6 wheelers to be developed for the War Office and for service in India, entering production in 1928 within 6 month of the bonneted Model 31. It had an identical rear bogie to the Model 31 and apart from the overtype layout, had a similar specification. Fitted with the 45hp EN57 engine and retaining the British military 3 ton rating, it proved to be an extremely successful export model, with a series of orders in 1929 alone for a total of 223 chassis for the Government of India.

Designed for a hot climate, no cab was fitted and protection from the sun for the driver and crew was provided by a substantial canvas canopy reminiscent of wartime A10s. A special version with a six cylinder 90 hp engine was also supplied, identified by a bonnet extension and the radiator in line with the leading edge of the front wheels. 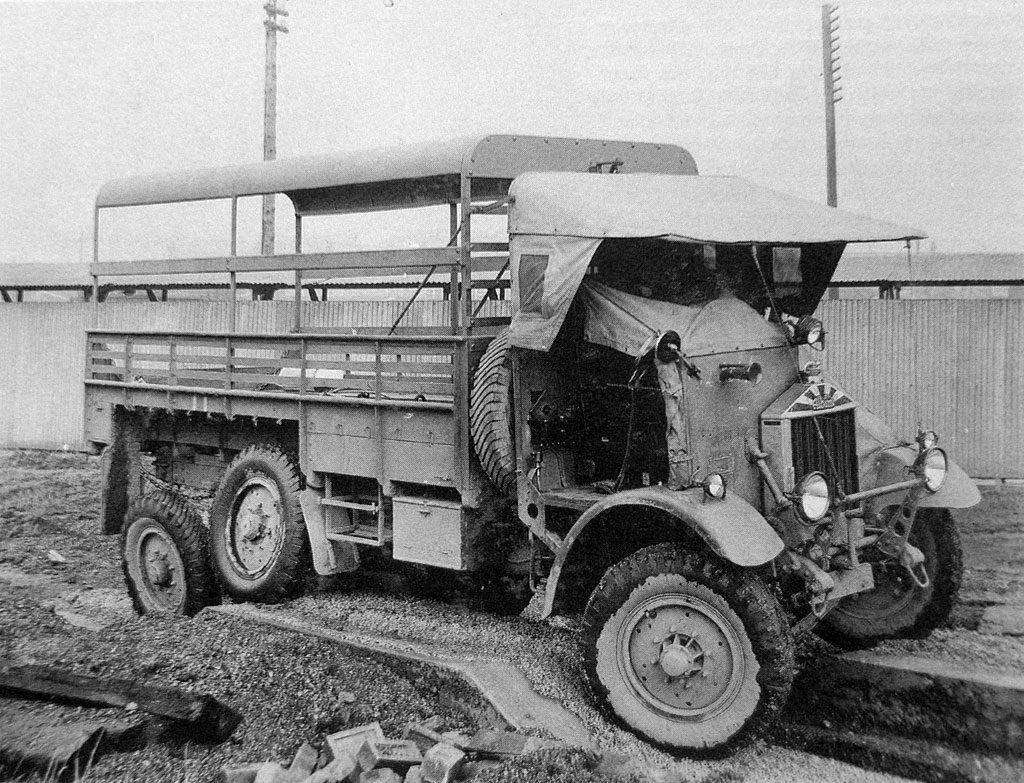 Albion Model 32. From the Albion of Scotstoun book