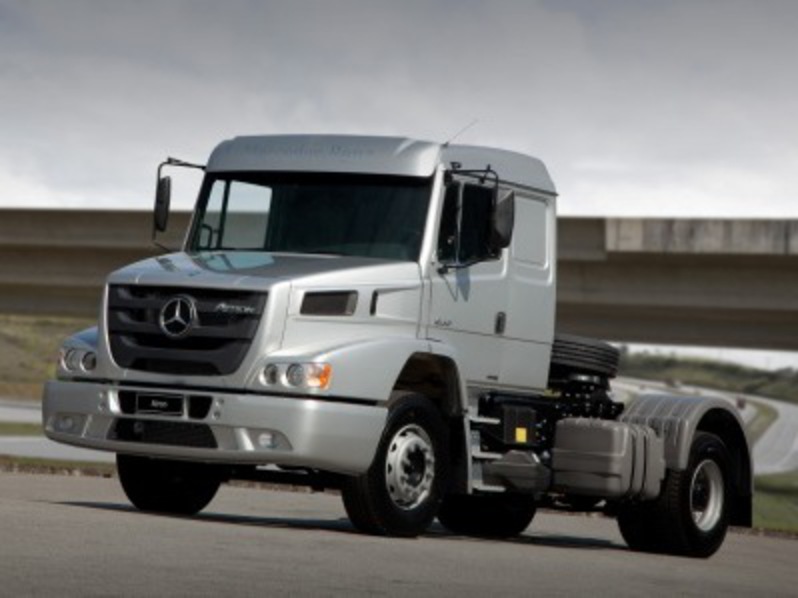 In addition, the new engines in an average 6% more efficient than previous ones. The surprise was the preservation of bonnet model in 2012 range. The trucks were called Atron, received modern and more powerful engines with SCR technology and new front mask the company’s style.

New Axor came to replace the previous version. Now it is an analog of European model. Now it can be equipped with an automated gearbox Power Shift. Atego received the original design of the front end, different from the European model. Well, Accelo, the smallest member of the range also received an updated front grille in the corporate style. And from January 2012 a new plant in Juiz de Fora will begin production of a top model Actros.