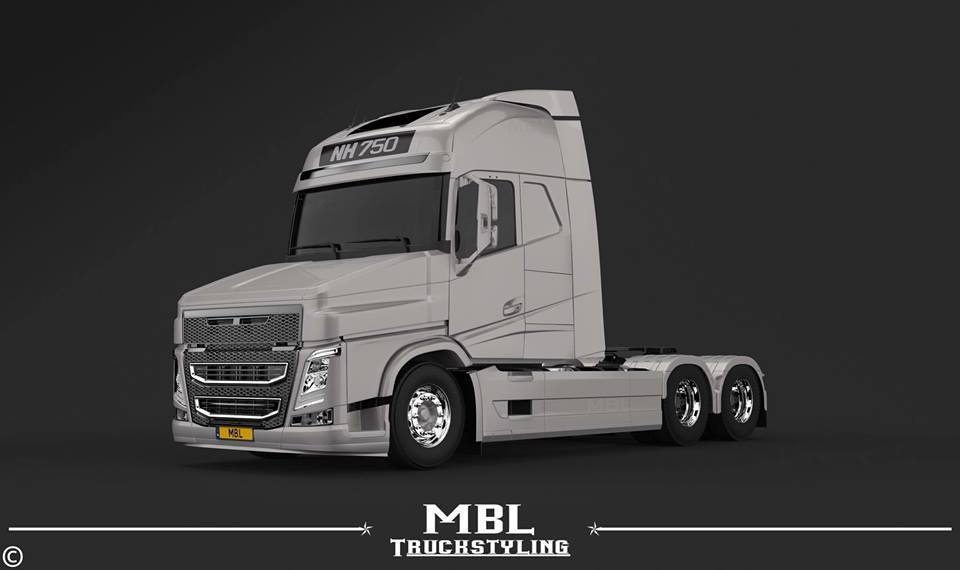 Of course, truckers continue to dream of modern bonneted trucks. This niche is partially closed by private companies, such as Vlastuin Truckopbouw. It produces bonneted Scania trucks based on modern production models.

There is another popular model in Brazil – Volvo NH, which has not yet had a successor. Felix Ludwig, a German designer who specializes in creating mods for truck simulators, such as Euro Truck Simulator 2, has published a project of the new generation Volvo NH that is based on a current-generation FH truck.

The author called it the Volvo NH 750. It clearly traces the style of the company’s cabover trucks. The grille and headlights are migrated from the FH. Despite the fact that this is not an official project of a Swedish company, the model is encouraging fans of the brand and the NH line.