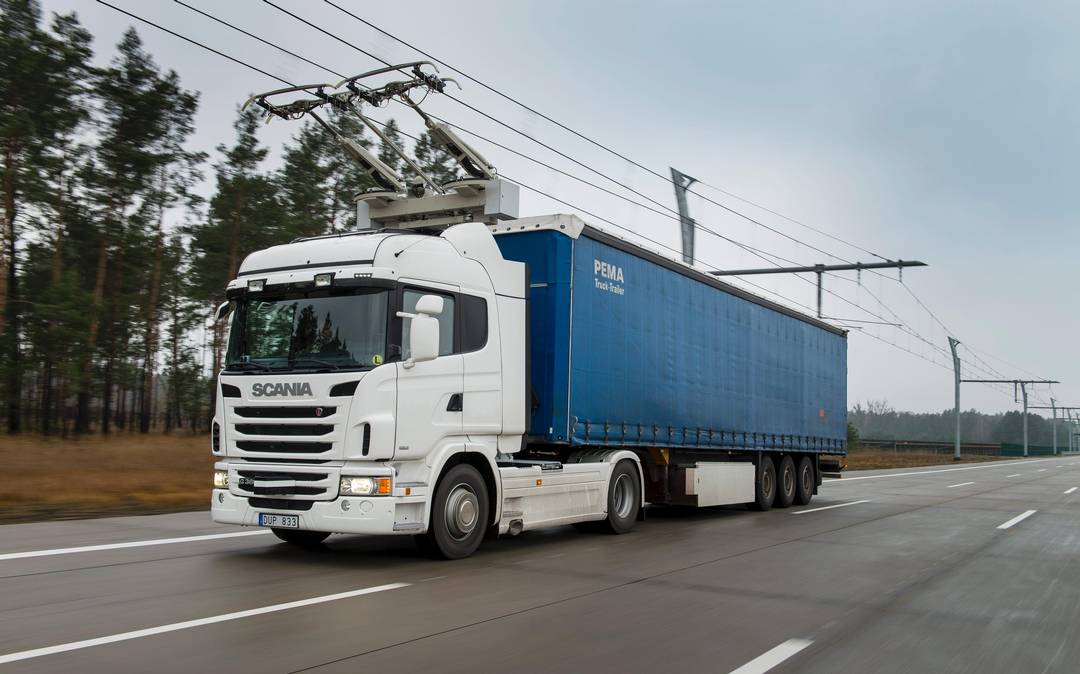 The project will demonstrate and evaluate conductive technology, which involves electrical transmission through overhead lines above vehicles equipped with a pantograph power collector.

The investment in the Gävle Electric Road project is in line with the Government’s goal of an energy-efficient and fossil-free vehicle fleet by 2030 and will help to strengthen Sweden’s competitiveness. The project consists of about SEK 77 million in public financing combined with about SEK 48 million in co-financing from the business community and the Gävleborg region.

Scania’s trucks will operate goods transport services on a two-kilometre test route, which is being built between the Port of Gävle and Storvik along European highway 16. The trucks are equipped with an electric hybrid powertrain developed by Scania.

Power to the trucks is transferred from overhead lines through a pantograph power collector mounted on the frame behind the cab. This technology has been developed by Siemens, which since 2013 has conducted trials of electrified trucks together with Scania at its research facility outside Berlin.

The possibility of operating heavy trucks using electricity in this way means that the truck’s flexibility to perform transport tasks using electricity and as a regular hybrid truck is maintained, while up to 80-90 percent of the fossil fuel emissions disappear. Operating costs will be low as much less energy is required due to the efficiency of the electric engine, while electricity is a cheaper source of energy than diesel.