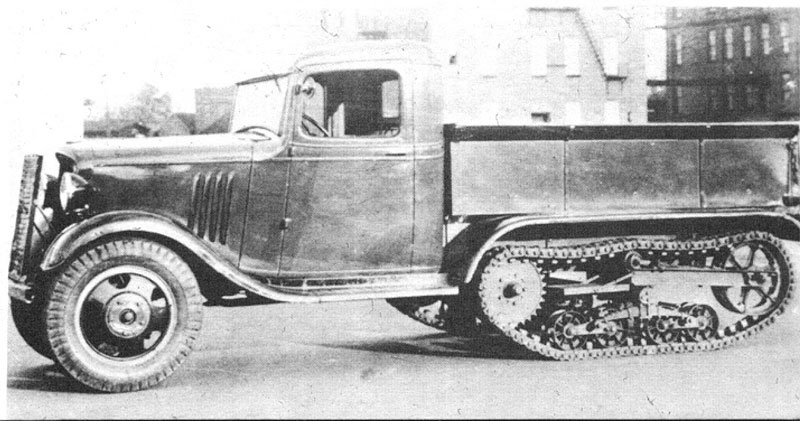 The James Cunningham Company of Philadelphia built many vehicles for the US military, including this half-track truck based on a 1934 Chevrolet 1.5-ton truck. The front sheet metal remained pure Chevrolet except for some customizing of the radiator shell, and the additional rectangular grille guard.

Behind the cab however, the Chevy was a totally different beast. Driving through the toothed front sprockets, it had a maximum speed of 26 mph on roads, and 15 cross-country. The mechanicals were pure Chevrolet under the cab, but the Cunningham equipment brought the total net weight to 6,440 pounds. It could only carry a one ton payload, and although the test were successful, Cunningham was already working on their T1 half-track which was a pure own design.