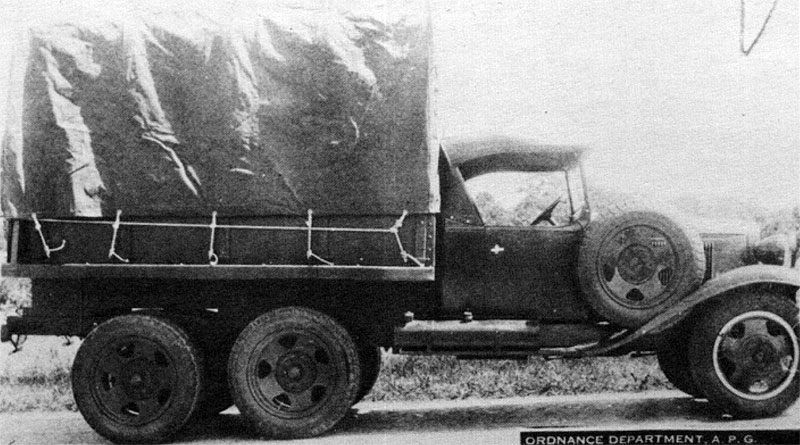 The Light Prime Mover T7 which had been developed for the Army evolved into the T8 model of 1933. It had been equipped with a full cargo body with protective canvas, and in deference to the Army’s Artillery Corps, received a roadster-type open cab.

The T8 was tested by the Ordnance Department in July 1933; it weighed 6,700 pounds and could carry a three ton payload, powered by the normal 206,8 cubic inch Chevrolet engine which developed 56 horsepower at 2750 rpm.

A four speed transmission and two speed auxiliary gave eight forward speeds, but the drive only went to the forward axle in the rear bogie as the second axle was not powered, but only helped to carry the weight.