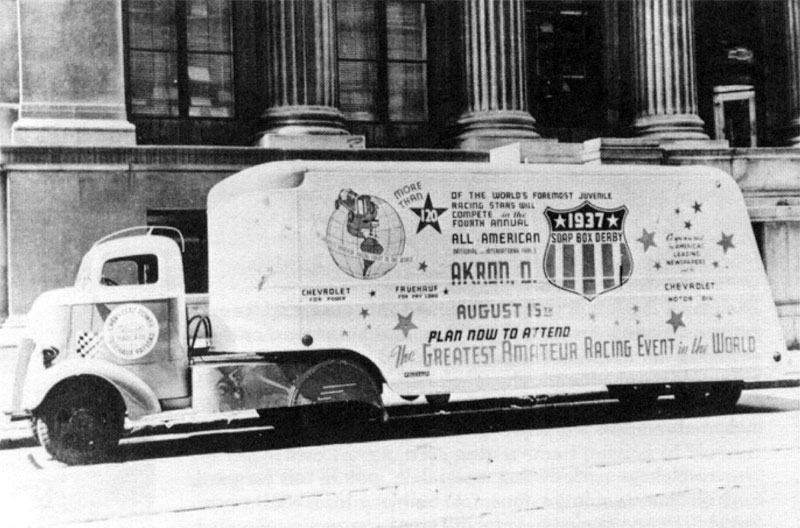 This 1937 Chevrolet C.O.E. had to be custom-made truck under Chevrolet’s auspices. It looks to be a promotional vehicle for the 1937 Soap Box Derby races held at Akron, Ohio. In this era, a few companies, such as Marmon-Herrington of Indianapolis and Transportation Engineers Inv. of Highland Park, Mich., were converting straight trucks into C.O.E.s, and possibly may have modified this truck.

It’s also possible that Fruehauf did the work, as this company shared in the promotion of the derby and was also actively engaged in developing better truck ideas for its trailers. And, of course, Chevrolet or GM might have built the vehicle, either as a one-off showpiece, or as a part of the experimentation that was certainly going on prior to the introducing the first mass-produced Chevrolet’s C.O.E. truck of 1939 Series VF and VH cab-over models.