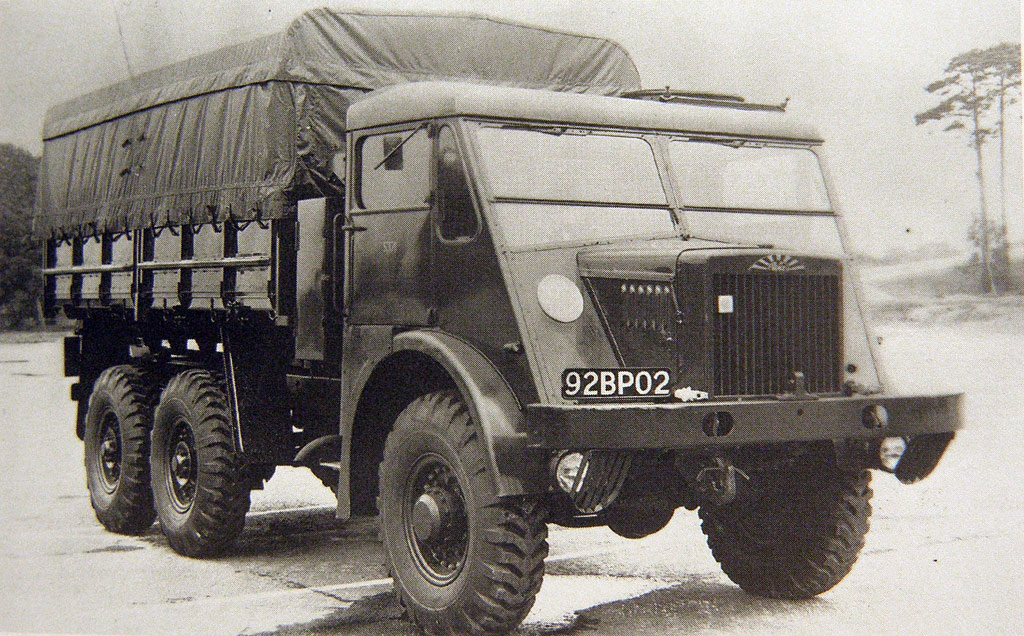 In April 1951 Albion took over design of the FV1300 military vehicle project from Vauxhall, which resulted in an order for 6000 vehicles being obtained from the Ministry of Supply in June 1951. Despite special machines being installed at Yoker to build the vehicle, the order was canceled in May 1953. However, it was replaced with a new contract, the FV14001, or Model WD66 as it was known, which became the company’s last foray into military vehicle production.

It was a semi-forward control 6×6 truck similar to FT15 of ten years earlier, but with Rolls-Royce B80 Mk.5Q 8 cylinder petrol engine from the FV1300 with the Leyland 0.350 as an alternative. The letters WD were usually used as a prefix to the usual two letter coding, to denote ‘War Department’, but this was the first time that the letters were used on their own. Only 9 chassis were made and delivered to the Ministry of Supply in December 1956. 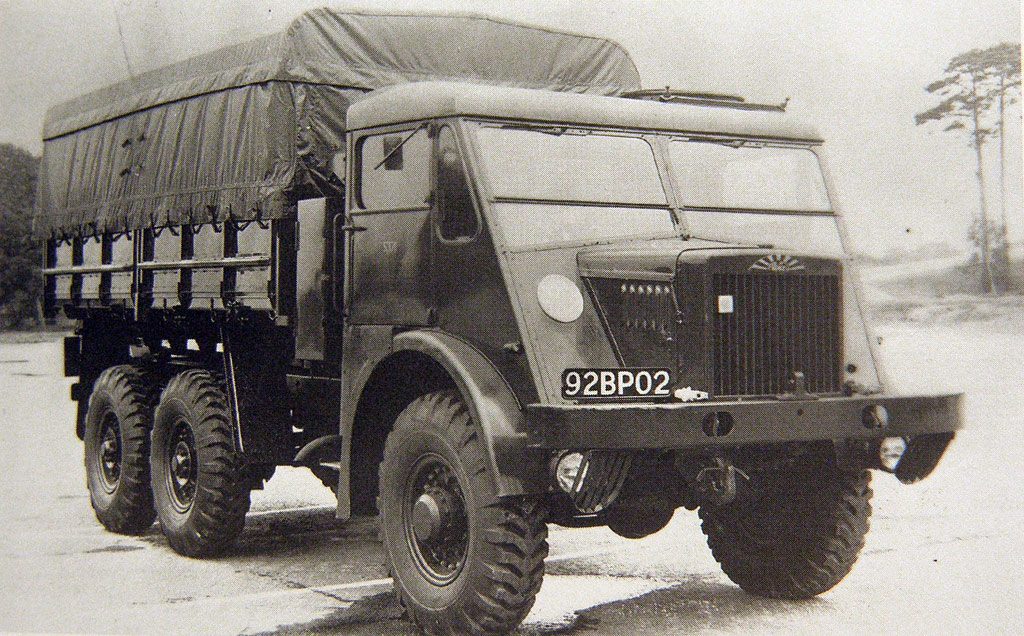 Albion WD66. From the Albion of Scotstoun book