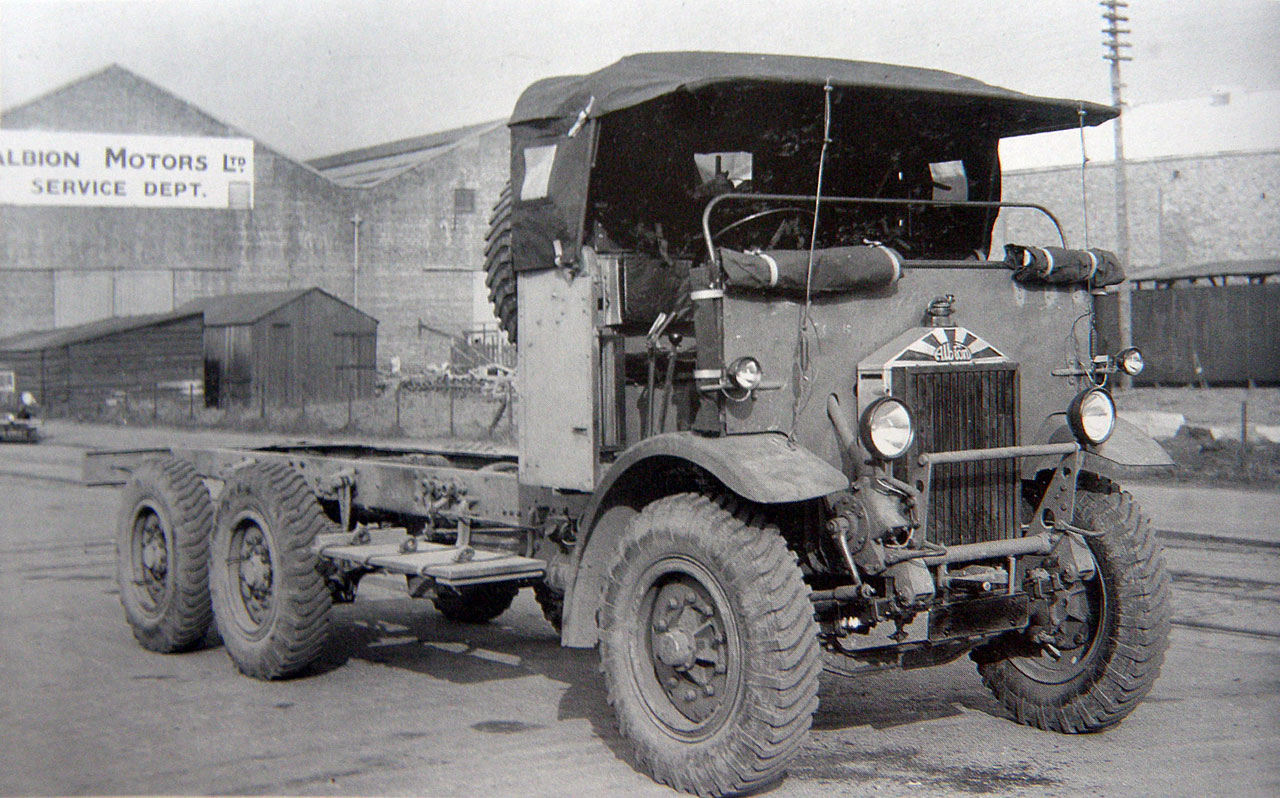 The WD131 was a 6×4 chassis for the War Department which appeared in November 1933 and had a production run of 3 and half years. It had a fully articulated rear bogie and was fitted with an EN206 four cylinder engine of 5.02 litres capacity. The forward positioned front axle afforded protection to the radiator, but the design allowed for the fitment of an optional Gardner 5LW engine, for which a short bonnet extension was provided ahead of the dash panel. This gave the Gardner engined examples a more conventional appearance with the radiator in line with the front of the axle. In 1936 the slightly heavier Model 133 was supplied to the India Office with Gardner 6LW engine and chassis mounted winch. The WD133 had a longer bonnet and heavier tires. 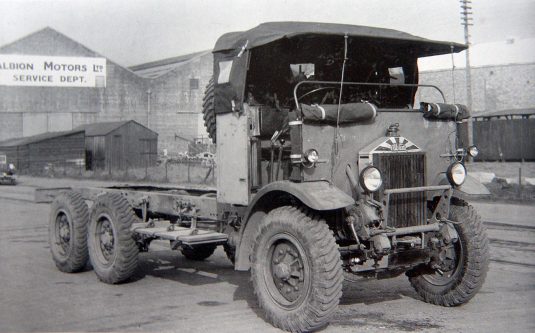 Albion WD131 From the Albion of Scotstoun book 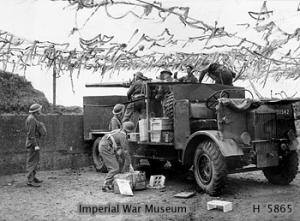