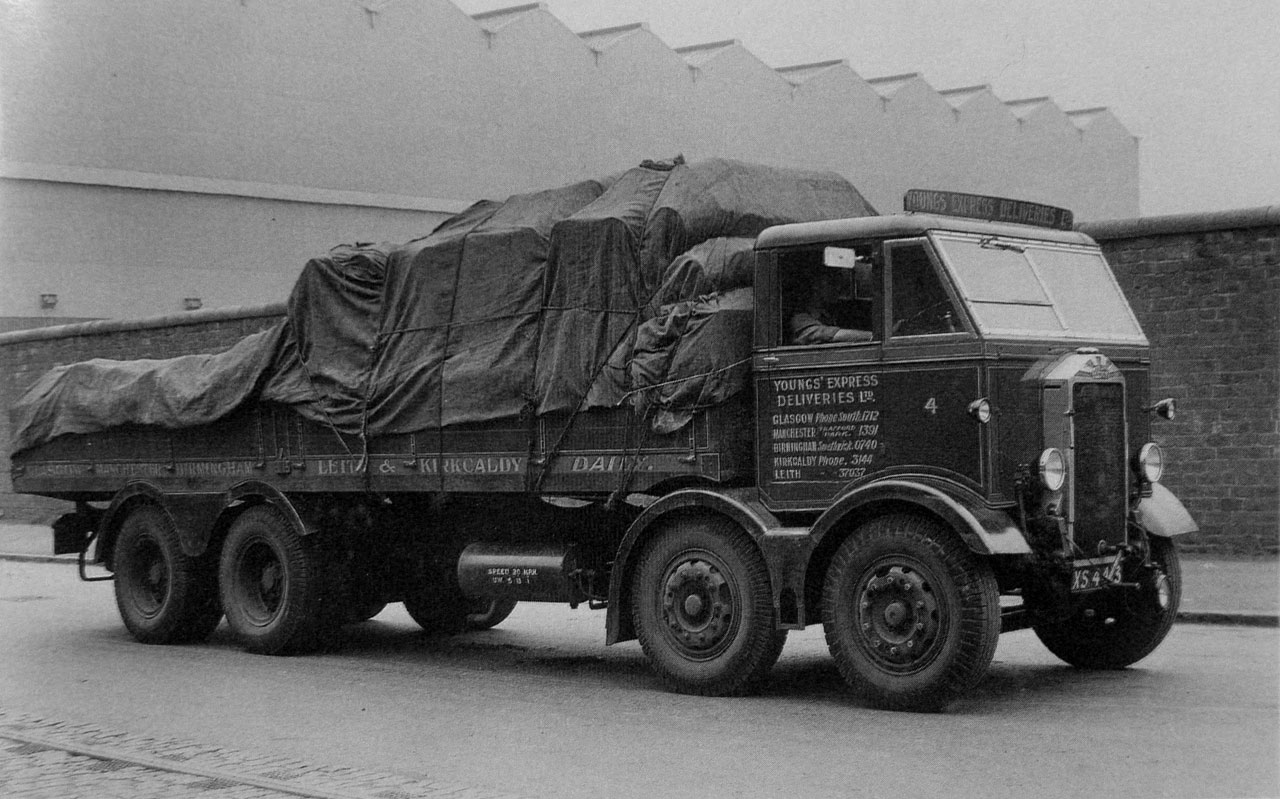 Models introduced during the early 1930s had ensured that any weight range gaps were well covered, and the 15 ton overtype Model 561 of 1936 now extended the payload capacity upwards as an 8×4 chassis based on the 12-13 ton R/RL559. The standard engine fitted was the 6 cylinder 110 hp EN85D petrol, but the Gardner 6LW appears to have been a much more popular choice.

With a ‘T’ prefix indicating its 15 ton capacity, the T561 had in common with other Albion chassis a generous body allowance without exceeding the unladen weight limit of 7 tons for this class of model. A four speed gearbox was standard with an option fitment of an overdrive, having an indirect ratio 50% higher than fourth. Unlike the Model 559 with its optional trailing axle, only the fully driven rear bogie was available on this model which used overhead worm gearing. Braking followed the pattern introduced on the R/RL559 with four vacuum operated servo cylinders. 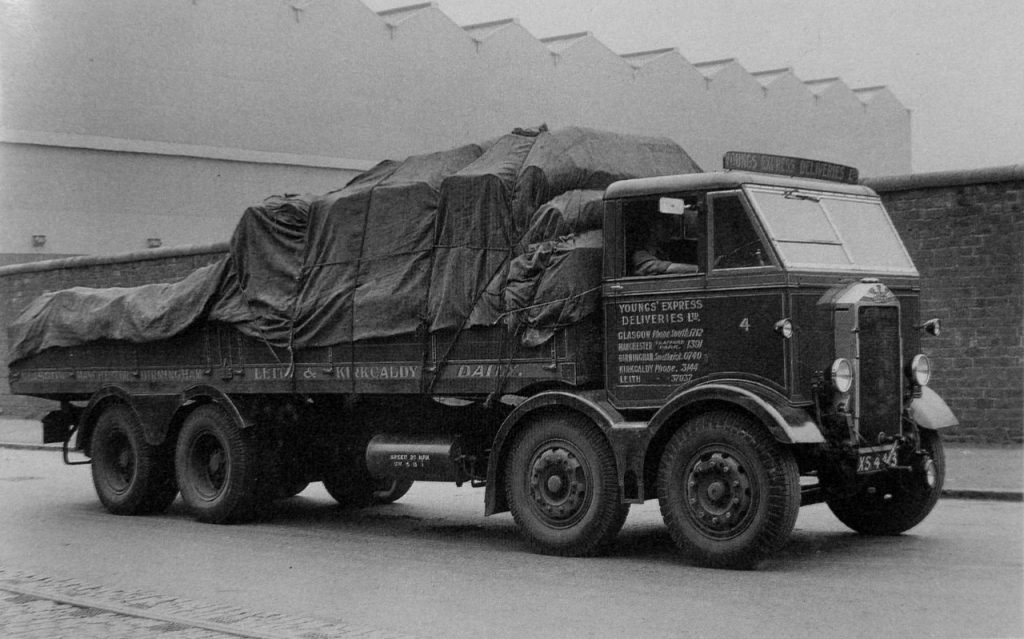 Albion Model 561
From the Albion of Scotstoun book