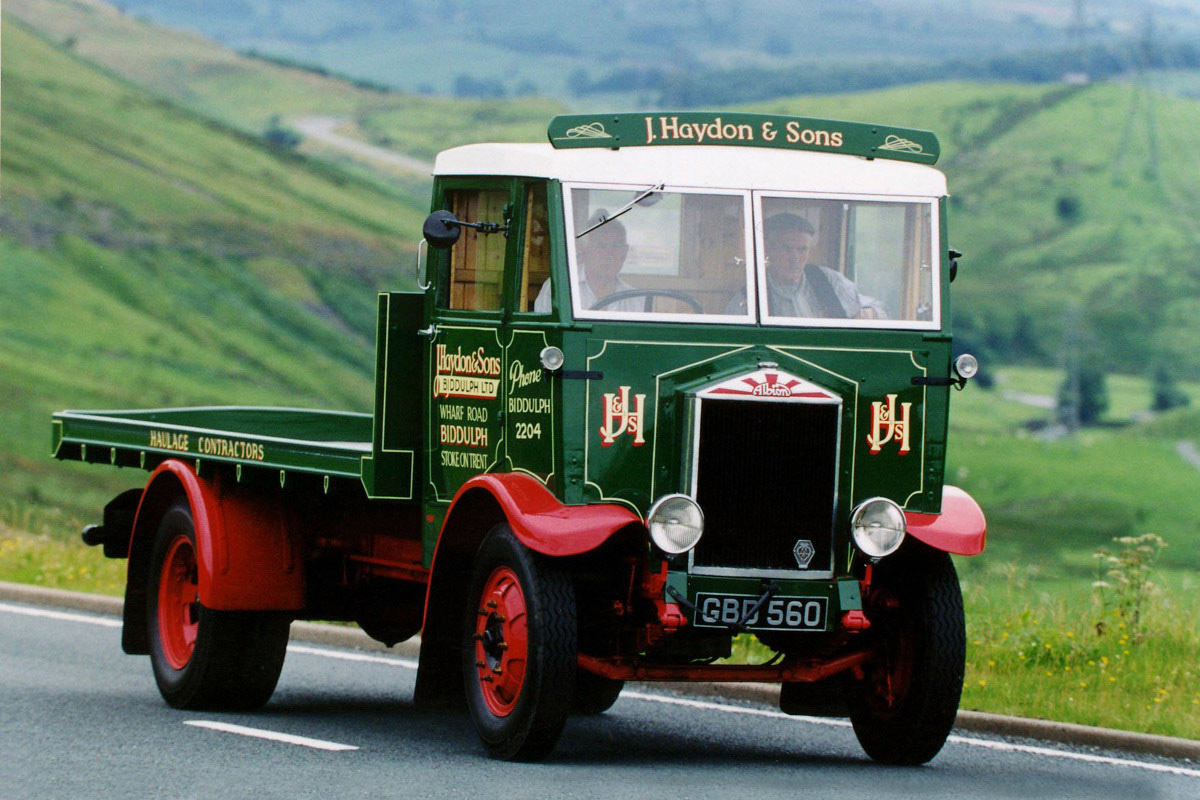 Model 44. 1931-1935. The Model 44 was an overtype chassis introduced in 1931 for the lighter weight range of 2-2.25 tons, an alternative to the bonneted Model 43 of the same capacity introduced a year before. As with all overtypes, the Model 44 had the advantage over the bonneted Model 43 of a smaller turning circle and a wheelbase 1’3″ (38.1 cm) shorter. The available engine was 42 hp EN58. Since the overtype cab layout had no space for the dash mounted gravity feed fuel tank of the bonneted models, the frame mounted tank necessitated the fitting of an ‘Anvac’ mounted under the nearside seat alongside the battery.

Model 473. 1932-1935. In the early 1930s new vehicle taxation rules had a considerable influence on the success of certain models and Albion, like other manufacturers, had to respond quickly to the changing demands of the market. To take advantage of tax changes for unladen weights not exceeding 3 tons, the new Model 473 uprated to 3 ton capacity was introduced in 1932. This uprated model, with front brakes now in standard, also had a small power increase with the fitting of the EN68 of 60 hp.

Model 51. 1931-1933. New for 1931 was 3.5-4 ton Model 51. Powered by a side-valve 4 cylinder 60 hp EN60 engine, this chassis followed what was now standard practice, with pneumatic tires, chassis mounted fuel tank and full lighting set, and certainly looked a thoroughly up to date vehicle. A new radiator design still following traditional lines now had a honeycomb grille which was said to improve the appearance of the vehicle. This 30 mph (ca. 48 km/h) commercial had no front brakes, at least as standard fitments.

Model 53. 1933-1935. Introduced at the 1933 London Olympia Show, this 4 ton Model 53 was available in three wheelbases. Despite the surprise announcement of Albion’s first compression-ignition engine, the EN75, the standard engine was the 4 cylinder EN205 of 65 hp, but EN75, Beardmore, Dorman and Gardner oil engines were offered in response to customer demand.

Model 41. Along with a bonneted Model 41, there was a very rare overtype Model 41. 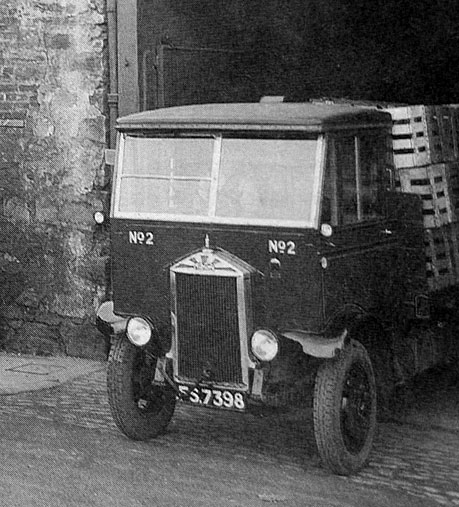 Albion Model 41 Overtype From the Albion of Scotstoun book 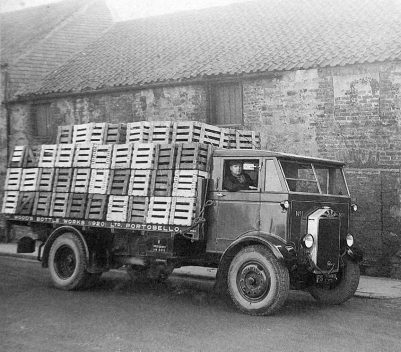 Albion Model 44 From the Albion of Scotstoun book 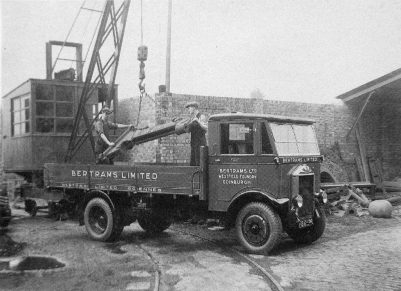 Albion Model 47 From the Albion of Scotstoun book 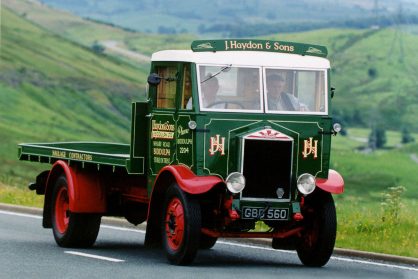