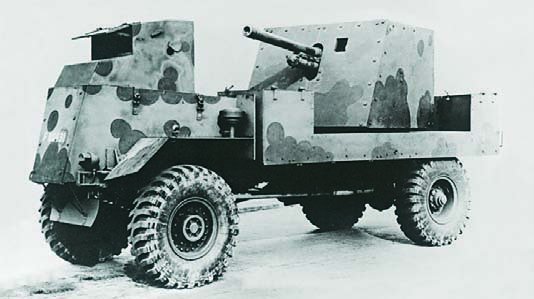 Another armored vehicle created on the “Matador” chassis was a 6-pound antitank gun Deacon, specially designed for action in the African desert. The transporter was the AEC O853 equipped with a one-place armored cabin, which had an armored rotating cutting in central part with a 6-pound (57-mm) gun, operated by 3 people. In 1942, 175 of these trucks were built. It received nickname “The Yellow Devil” and were successfully fought against the Italian and German tanks, acting from ambushes or masquerading as a normal vehicle. After the fighting in Africa, some trucks were sold to Turkey, and other part of them was remade to ammunition transporter by removing of armor. 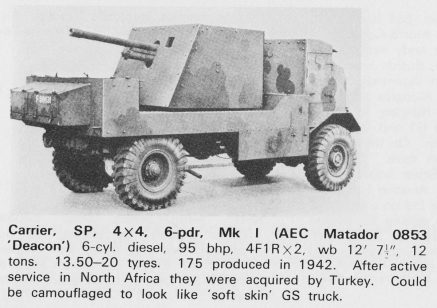