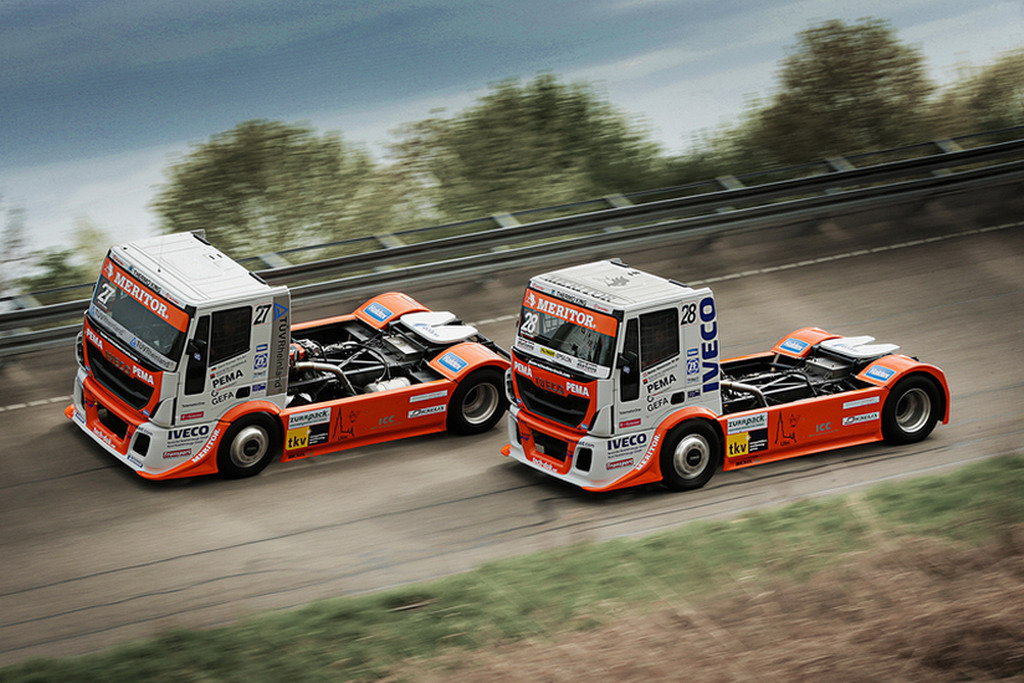 Nurburgring race is one of the most popular stages of the championship. More than 100.000 spectators gather there to behold the race. Iveco Stralis, equipped with a turbocharged 13.0 Cursor 13 engine, making 1150HP is good enough to make 220 km/h, but the truck-racing rules limit maximal speed to 160 km/h.

Schwaben-Truck team along with their Iveco Stralis also participated in Grand-Prix Austria and Grand-Prix Italy. Now the team is going to come out in Czech Republic and Le Mans.