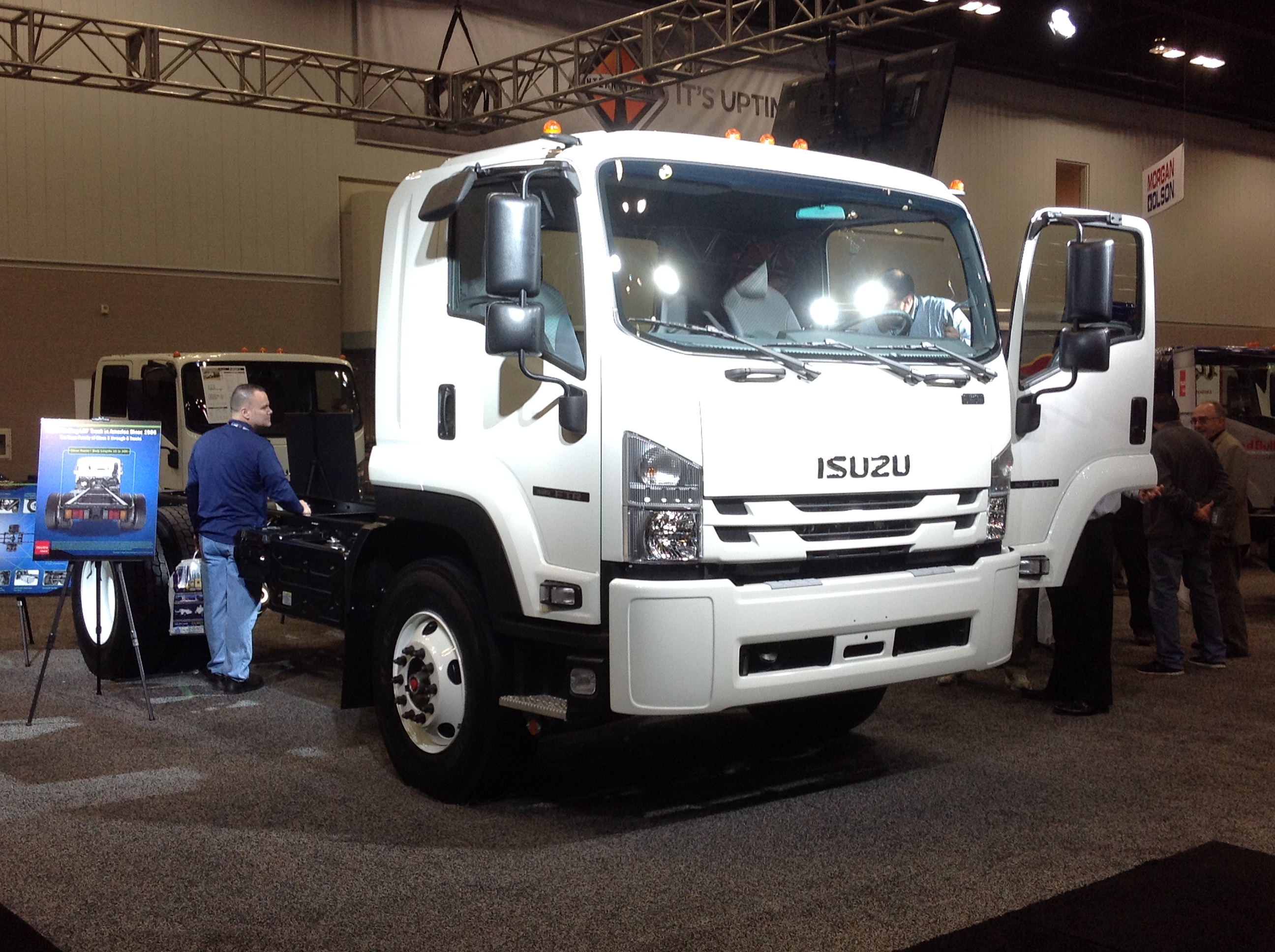 Following the 2018 Isuzu FTR unveiling at the Work Truck Show in Indiana, Brian Tabel, executive director of marketing at Isuzu Commercial Truck of America, was quick to defend the automaker’s decision to power a medium duty truck with its proven 4HK1-TC 4-cylinder, 5.2-liter turbocharged engine, a segment first.

Although horsepower and torque ratings have not been finalized, the company noted that the 4HK1 engine is well known for its high torque output. The powerplant will be mated to an Allison 2000 Series automatic transmission. The engine carries a B10 durability of 310,000 miles, meaning that 90 percent of engines should reach that mileage before requiring an overhaul.

Eight wheelbase configurations will accommodate bodies from 16 feet to 30 feet, allowing for a wide variety of body applications. A new back-of-cab design provides more space for body applications compared to the previous F-Series truck. Like all Isuzu trucks, the FTR will feature a low-cab-forward design that increases visibility and maneuverability.

“The other aspect he didn’t think about was all the tickets he used to get parking in the street,” Tabel said. However, it’s the low cost of ownership that plays higher with consumers than the notion of avoiding parking tickets. “The low cost of ownership will be key,” Tabel explained. “Because people look at that, along with visibility, and maneuverability, and it’s probably going to be unsurpassed in that market.”

Pricing, available configurations, power ratings and additional features and specifications will be released in mid-2017 at around the same time when the truck will be available for purchase.