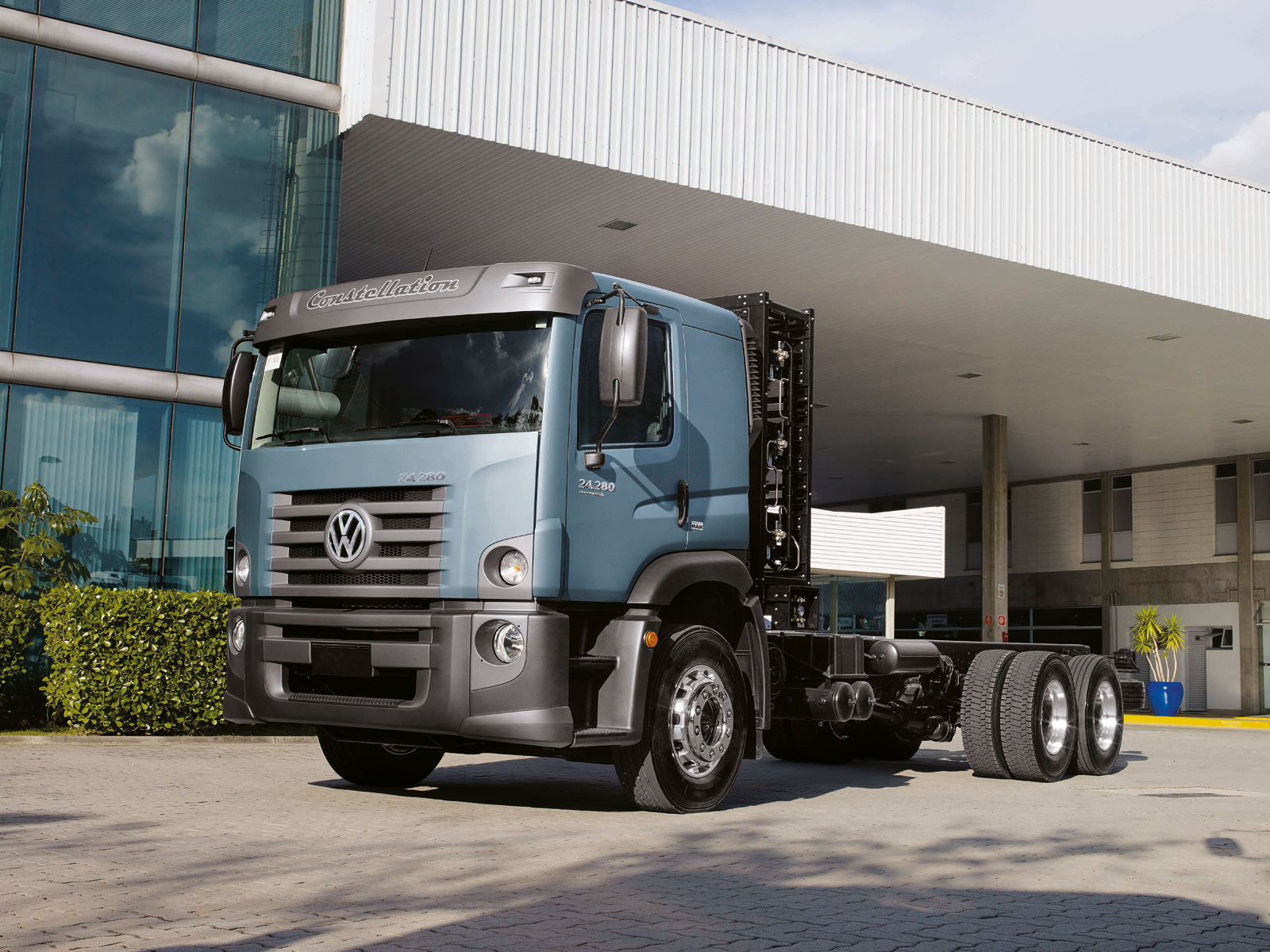 The VW Constellation 24.280, the flagship and market-leading product in Brazil for eight years running, appeared at the trade fair with a CNG drive system, which is a sustainable addition to the conventional diesel engines on offer. Estimates for the prototype envisage a 20% reduction in nitrogen oxide and particulate emissions compared with certifiable diesel engines in Brazil, which is compliant with the Euro 6 emissions standard and surpasses the current Euro 5 standard. With a range of up to 200 kilometers, the gas storage tank doesn’t change the load capacity of the truck in comparison to the diesel version. The maximum load is 12.5 tonnes. Using beverage logistics as an example, this amounts to ten pallets each weighing 1,250 kilograms or a total of 9,400 bottles.

A further highlight of MAN Latin America’s appearance at the trade fair is the VW Constellation 25.420 8×2 Prime, the anniversary model to celebrate ten years of the ConstellationLine, the market leader in the Brazilian truck market. The most powerful vehicle in the Volkswagen truck portfolio is fitted with a Cummins ISL 9-litre engine, which produces over 420 hp and 1,850 Nm of torque. The 16-gear V-Tronic ZF automatic transmission results in significant fuel savings, thus increasing productivity and profitability during use. The reduced overall weight is one of the model’s greatest advantages, as the maximum load has been increased by one tonne in comparison with its major competitors.

Alongside a significant change in the interior, exclusive colors, automatic V-Tronic gearbox and other high-quality details, the exhibited model has a strong focus on environmental aspects. The environmentally friendly driver compartments are made of up to 18% recycled plastic components, thus succeeding in making the vehicle more sustainable overall. The new design results in a weight reduction of 12 kg.