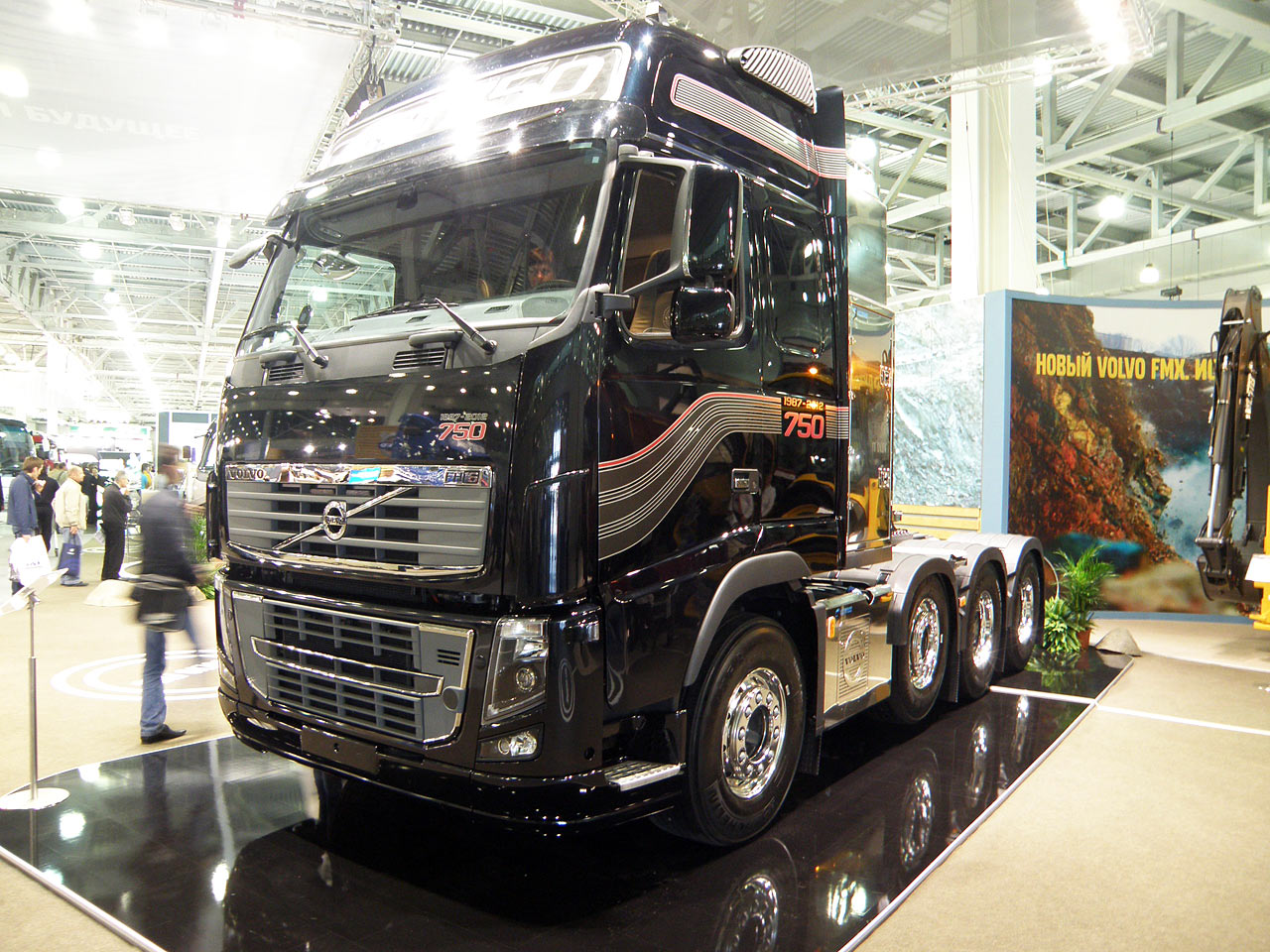 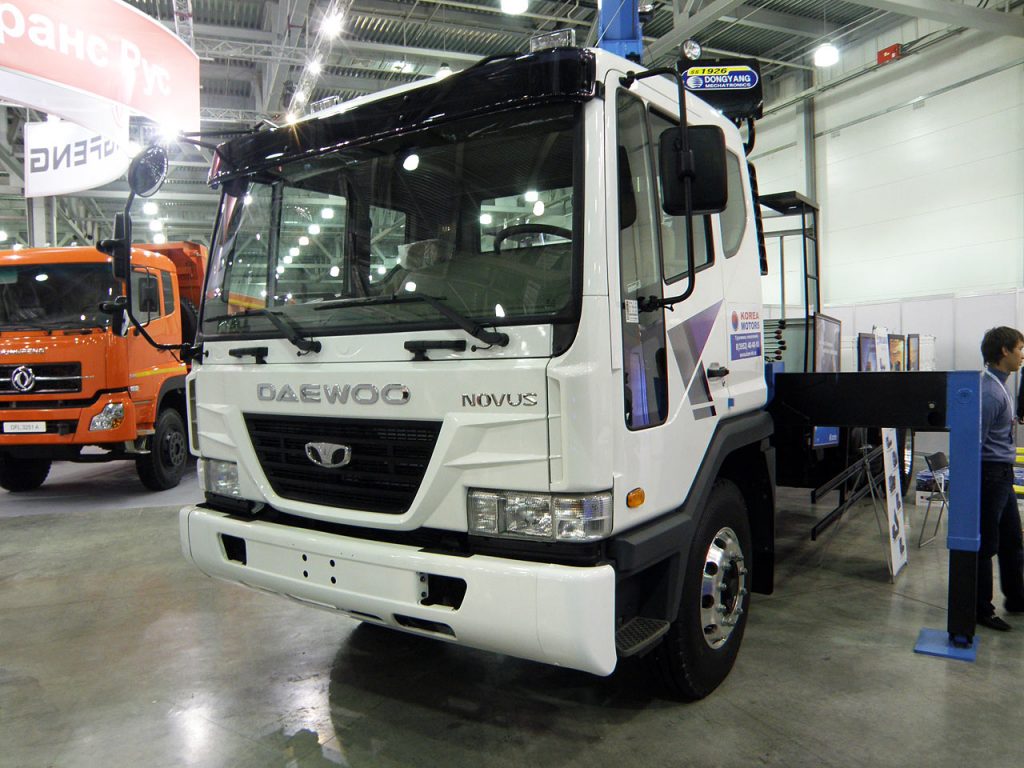 Joint Indo-Czech venture Avia-Ashok-Leyland once again has presented a range of trucks Avia. But these machines are not visible on streets of Russia, probably the sales are not good. 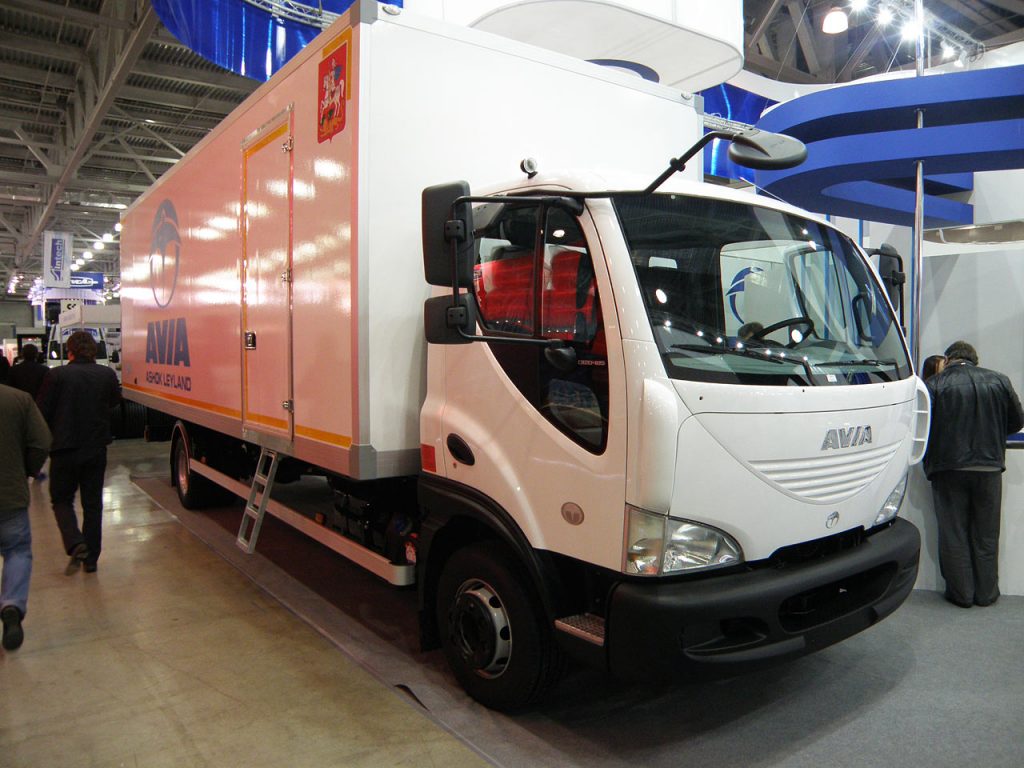 Quite an interesting booth has the Renault company. It showed an almost complete range of their trucks, and a highlight of the booth was the Premium Long Distance Edition Truck Racing. 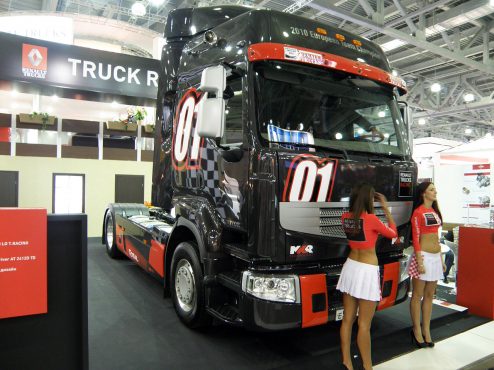 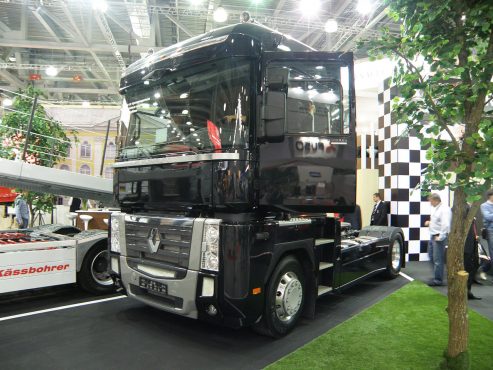 Mercedes-Benz’s booth also has not disappointed. The company showed the full range of Actros trucks, Tourismo bus, multi-purpose truck Unimog U400, assembled at the Kamaz plant, as well as Actros  tractors in limited series White and Black Liner. 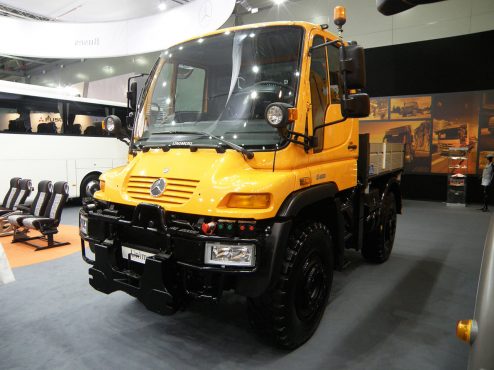 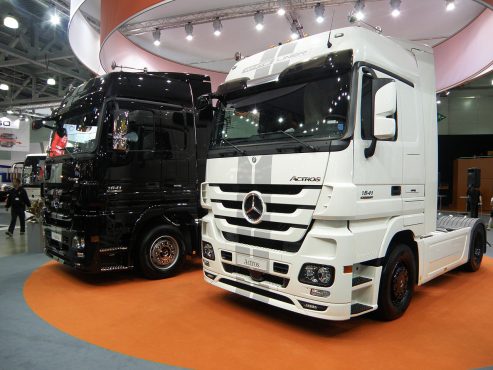 The MAN, one of the main competitors of Mercedes-Benz company, showed the usual range of TGS/TGX trucks, including a new version Efficient Line. 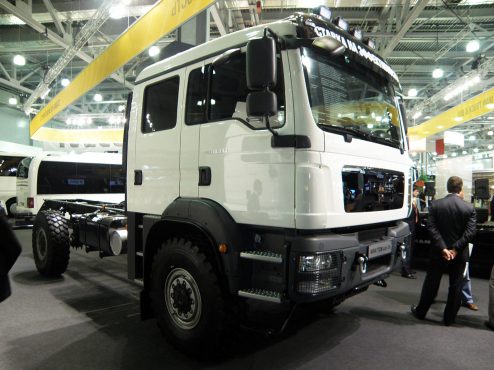 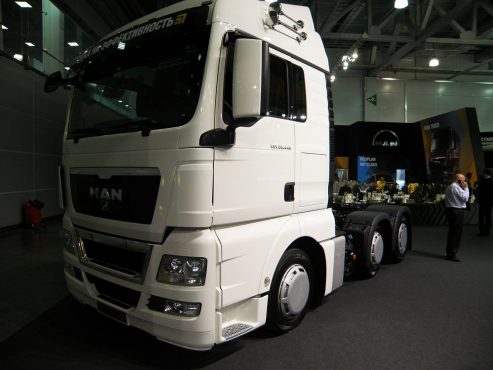 Volkswagen’s booth was filled with the updated Crafter vans in various modifications. 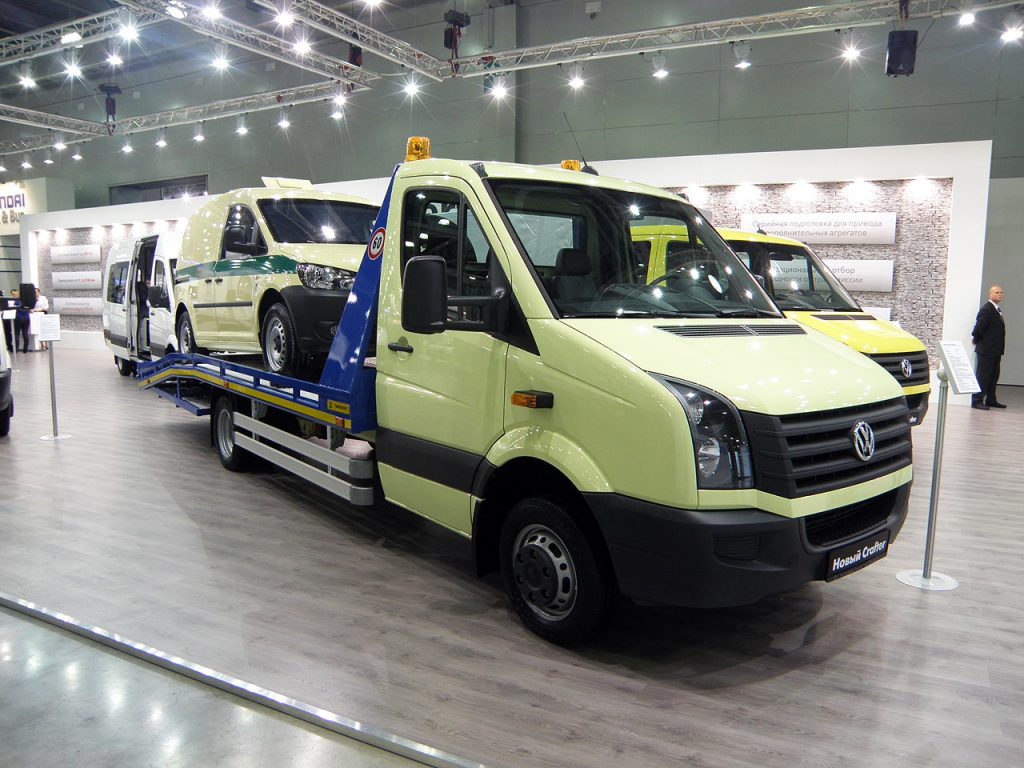 Well, DAF has finally decided to come to the Russian market and create a network of authorized service centers. Their booth has presented yellow tractors DAF XF105 in few versions. 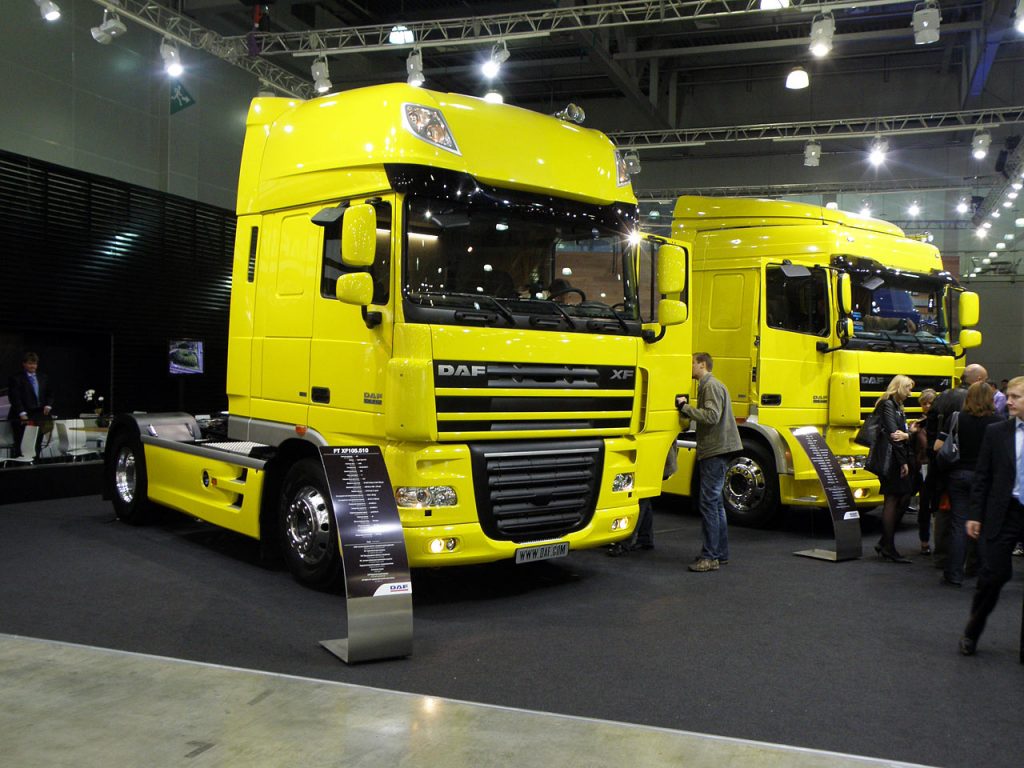 The world premiere was on the Iveco’s booth. It was the updated Iveco Daily with a new design, refreshed interior and new engines that meet Euro 5. Sales will begin in early 2012. 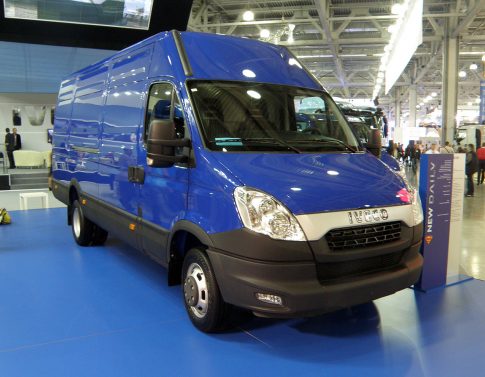 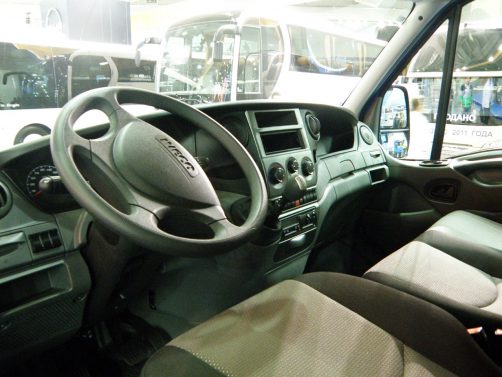 The Russian premiere took place on the Hino booth also. The Japanese company showed its new global model 300, the world premiere of which took place in the U.S. a few months ago. 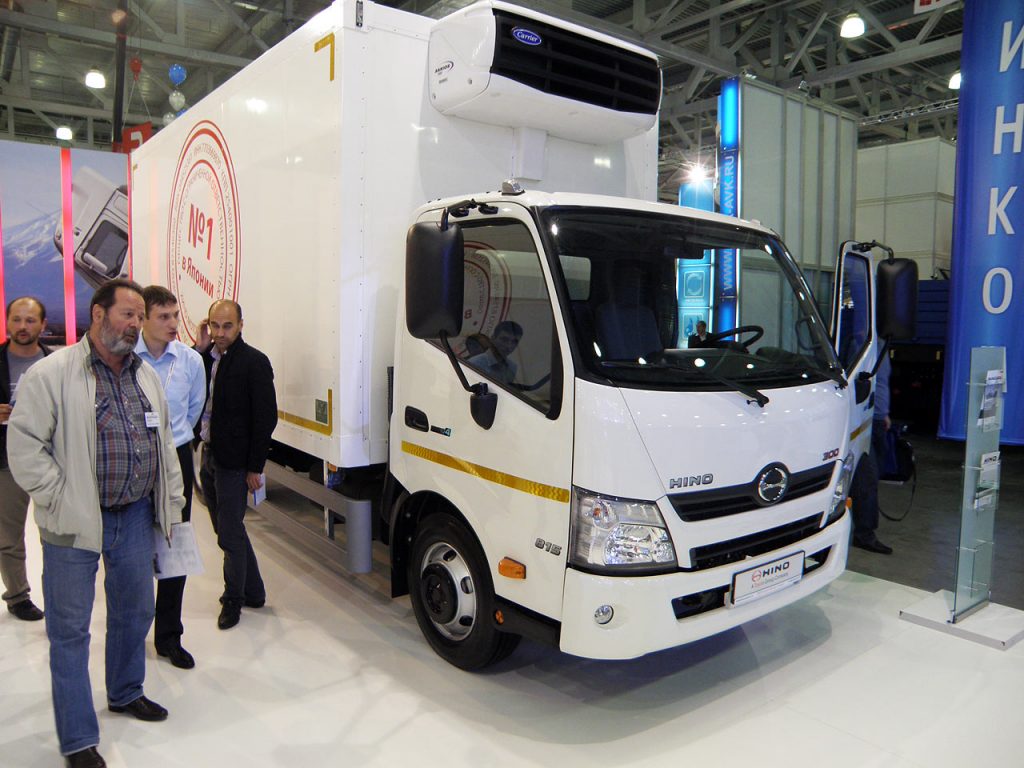 At the stand of the Korean company Hyundai was presented the range of heavy duty trucks HD, headed by the HD500 tractor (Korean name Trago), painted in gray-green metallic. 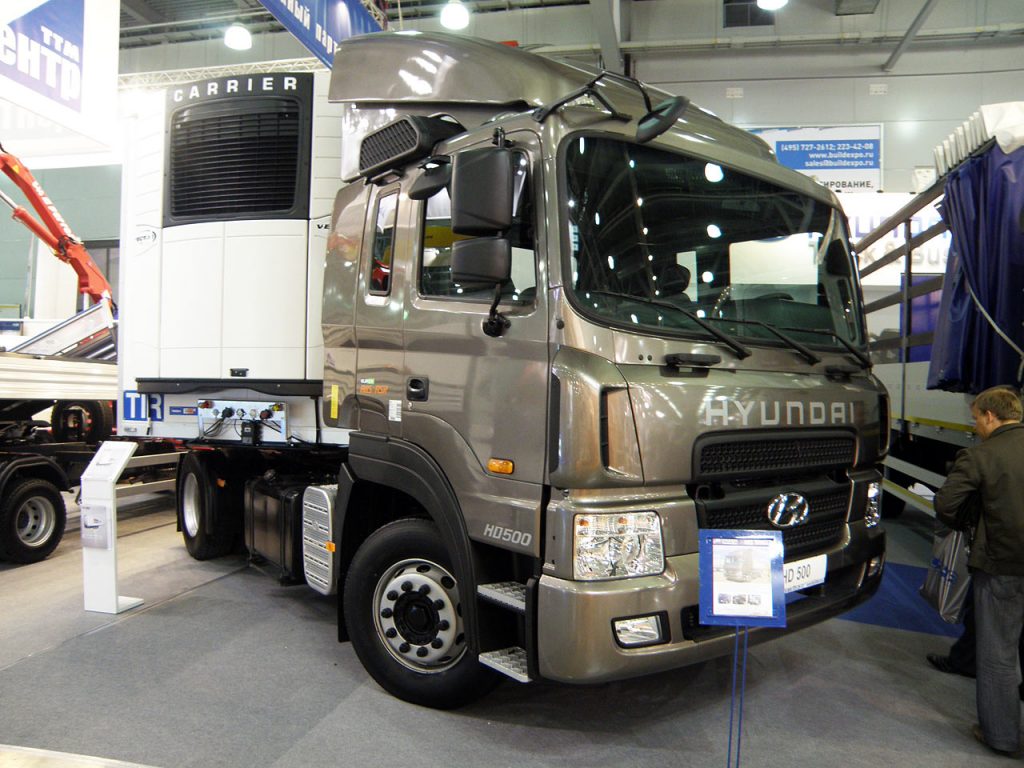 Another world premiere was held at the stand Volvo, which was shown world’s most powerful serial road truck. Yes, it Vovo FH16 with 750-horsepower engine. Besides him, the interest was around the methane powered FM model. 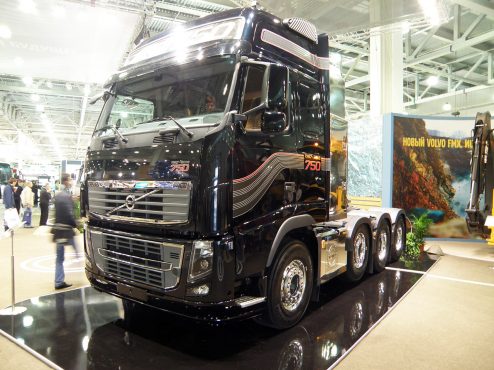 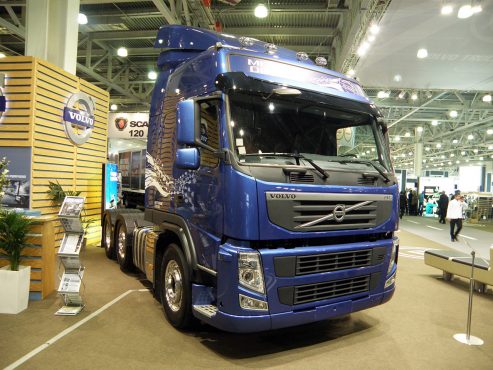 Scania has celebrated 100 years since the production of the first bus with the showing classical “Bulldog” 1932 bus, which was specially brought from the museum in Sweden. The updated Scania Griffin in different versions was also showen on the booth. 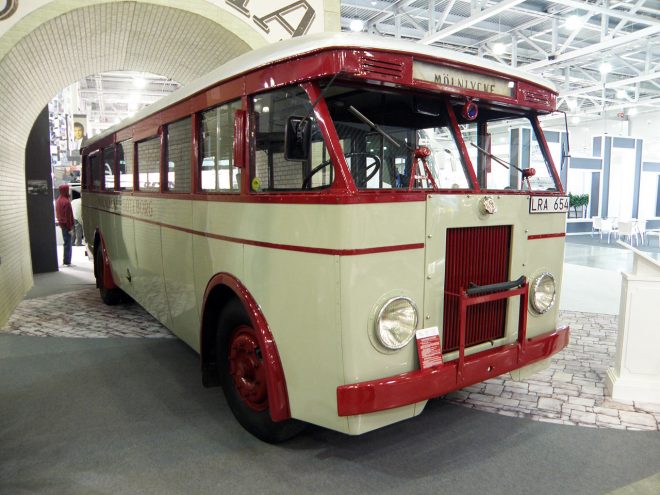 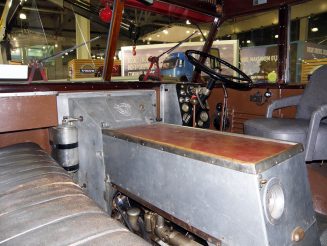 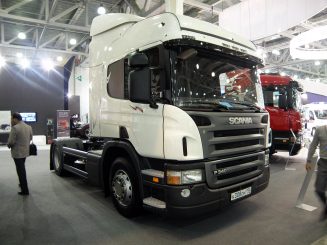 There were not so many Chinese companies on ComTrans’11. People have had enough of bad quality of these trucks and drew attention to used Europe and US trucks. And yet, in addition to several bus manufacturers, PRC was present by the DongFeng, FAW and Foton companies. The first company has shown the modern range of vehicles. 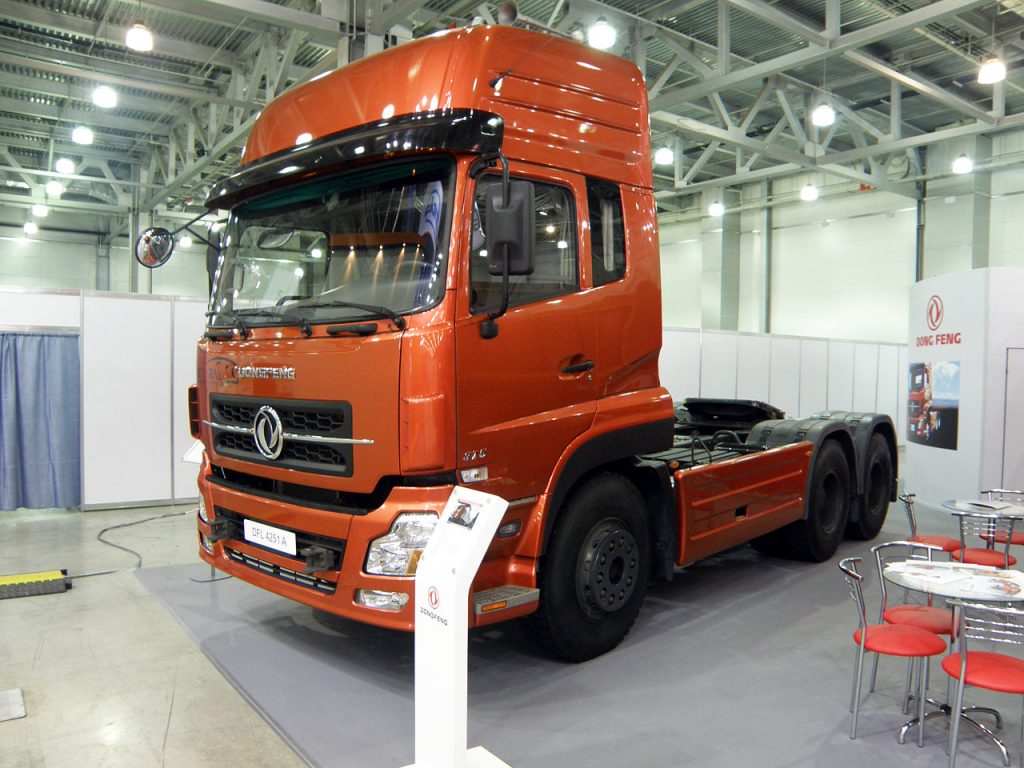 Foton has presented a new generation of light truck Auman. 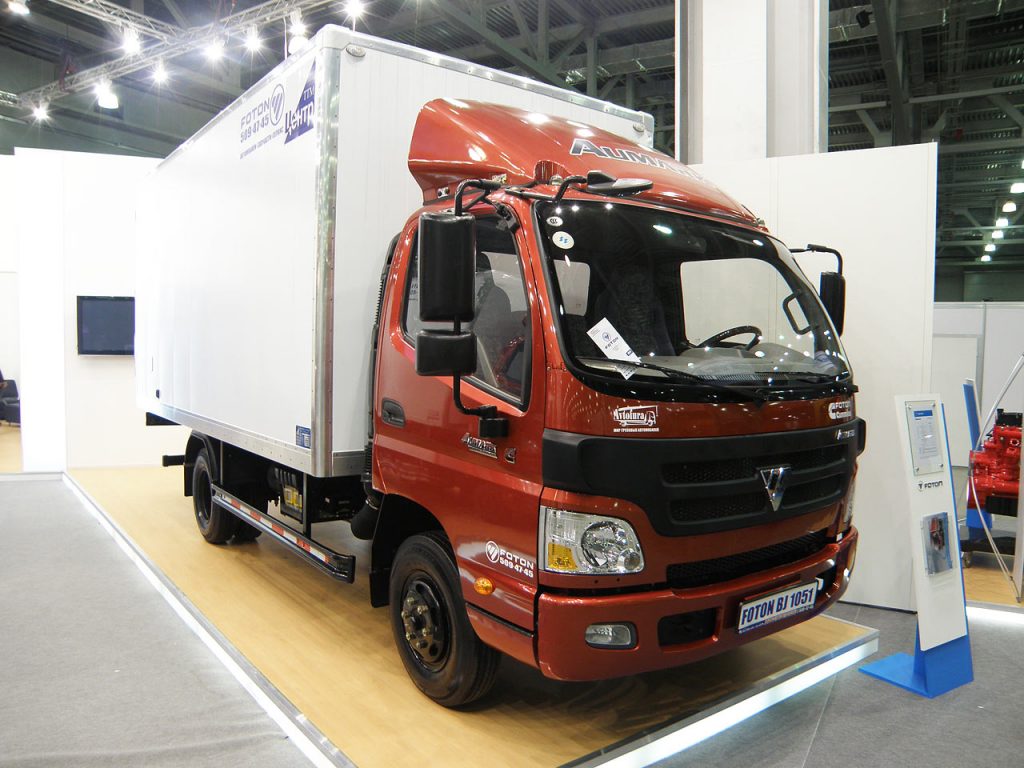 FAW has shown its top model – the tractor J6P in orange color. Such trucks have already been solding in China. 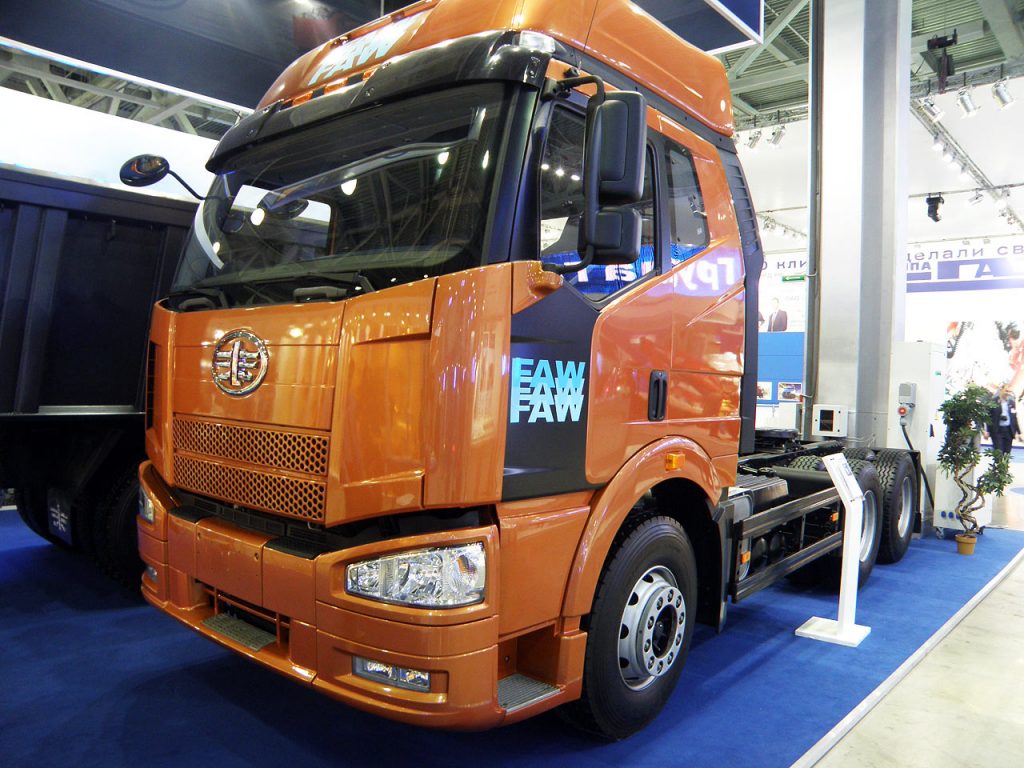 Goodwill Holding from Saint Petersburg showed International ProStar. By the way, this truck became the only new U.S. truck on the show. 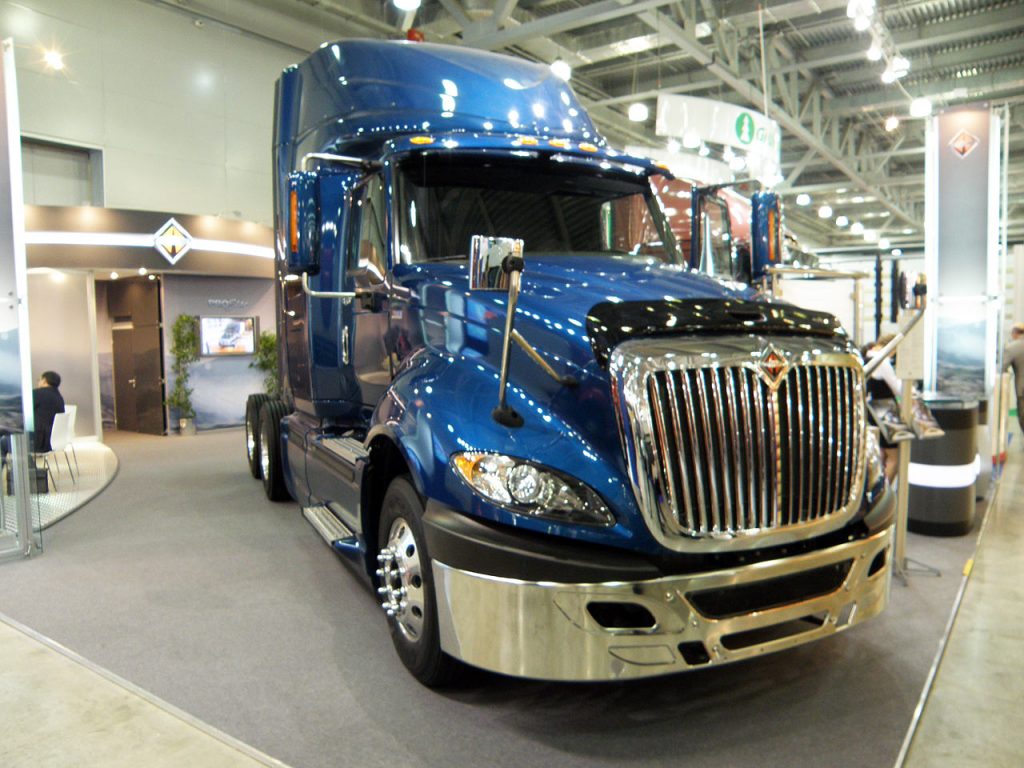 Ford presented the updated Turkish made Cargo model, which received a number of important improvements. 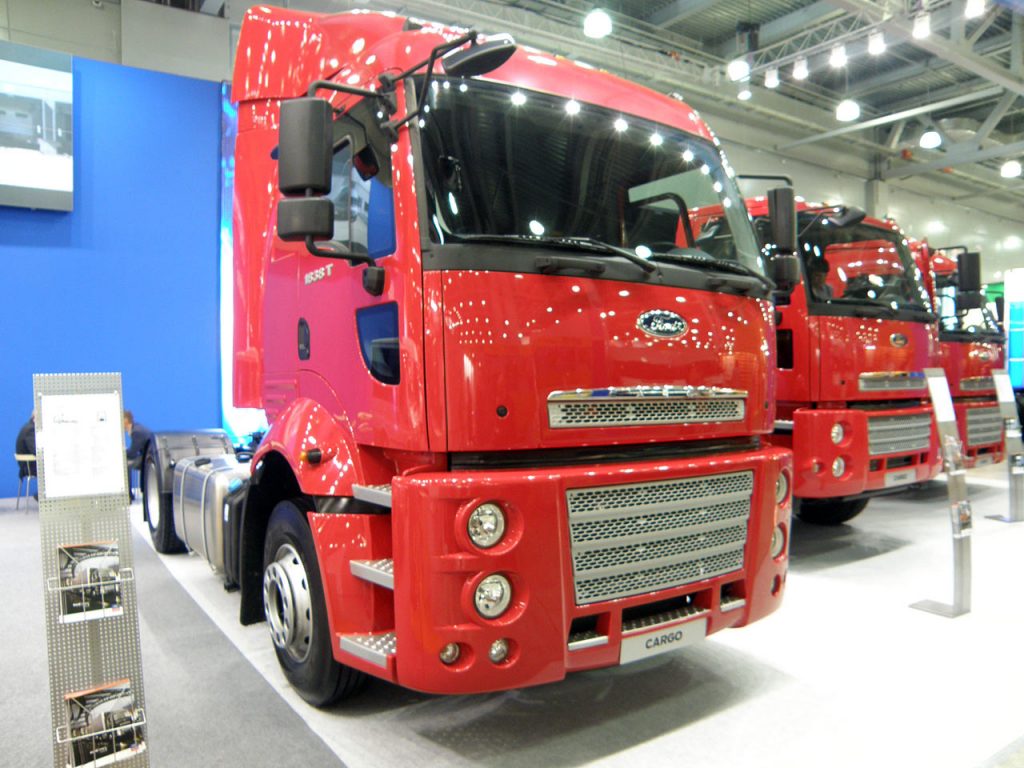