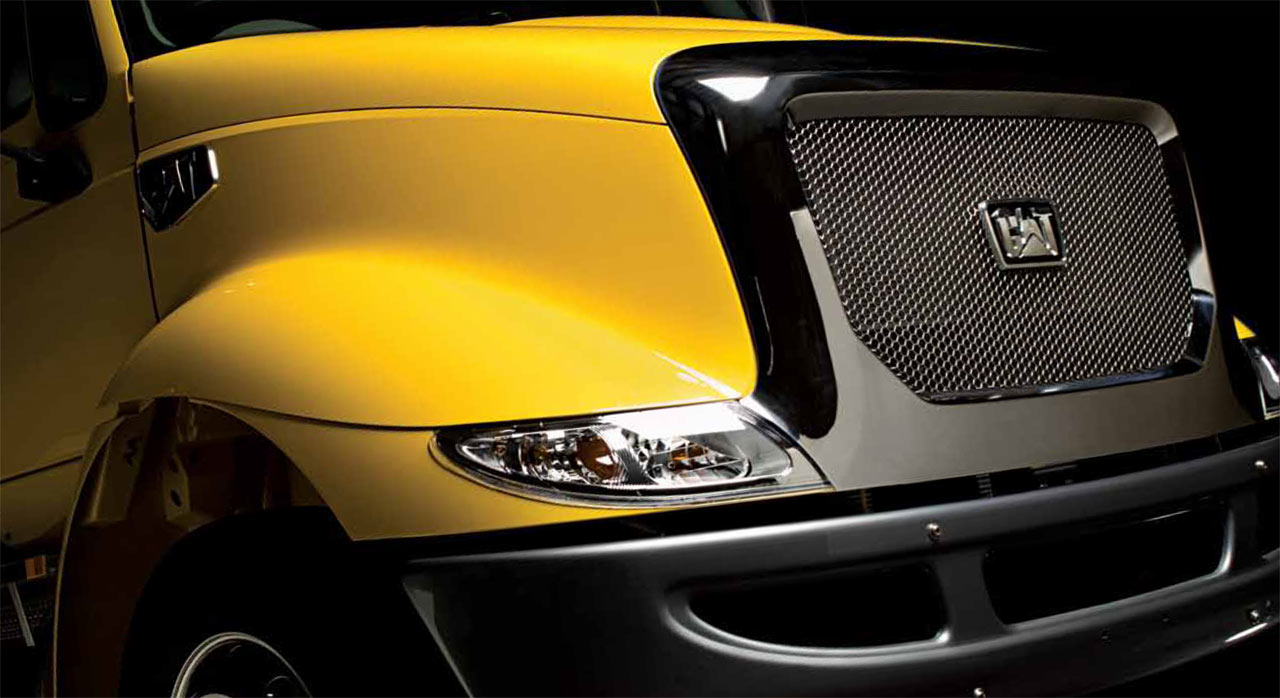 As anticipated earlier, the first on-highway Caterpillar trucks are not a fundamentally new development. These models are made on the chassis of International Transtar and Prostar+. Now two models are announced – CT610 and CT630.

Caterpillar CT610, based on the International Transtar model, belongs to a Class 8 of the American classification. It is equipped with a 6-cylinder Caterpillar C13 ACERT turbocharged and aftercooled engine, with an output of 470 hp at 2100 rpm. These trucks can be equipped with a day cab or cab with 26″ rest sleeper. Gross vehicle weight is 24.5 tons and gross vehicle combination weight is up to 57 tons.

The second model CT630 was created on the chassis of International Prostar+ and also applies to Class 8. This model is designed for medium and long-haul transport. It is equipped with a 6-cylinder Caterpillar C15 ACERT turbocharged and aftercooled engine with a power of 550 hp at 1800 rpm. Cabins are in day version or with 26″ and 40″ rest sleeper. GVW is 24.5 tons and GCVW with B-Double trailers is up to 90 tons. Wheel configuration is 6×4.

CT610 and CT630 are equipped in a standard with a 18-speed Eaton Fuller transmission. Trucks will be produced in Australia and sold through a local dealer network.