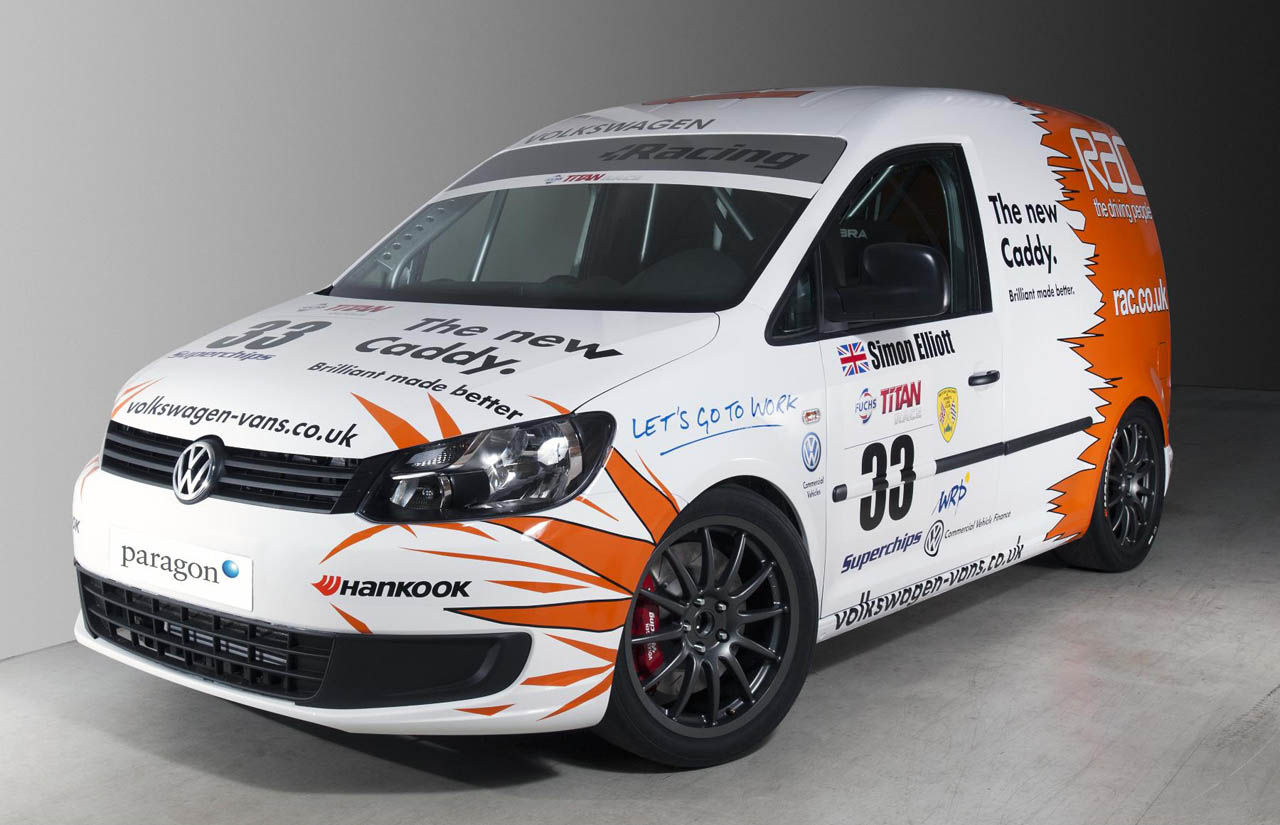 The new Caddy Racer will join the highly competitive championship with Volkswagen Commercial Vehicles’ director Simon Elliott once again behind the wheel. Since its introduction to the championship in 2004, the Caddy Racer has proved to be a true crowd-pleaser, gaining its own group of loyal followers while at the hands of both Elliott and his predecessor, Peter Wyhinny. This latest model will surely be one of the most recognisable vehicles on the grid when they line-up at Oulton Park on 25 April.

Beneath the stylish new exterior of the new Caddy which was launched at the end of 2010, a number of key upgrades have been made to improve performance, handling and the dynamics of the new Caddy Racer over its predecessor. The most significant change over the previous model is the installation of a 2.0-litre petrol engine which develops 270 PS, channelled through the front wheels via a six-speed Volkswagen Racing quick shift gearbox. In addition to this, the rear axle has been uprated to the multi-link system found in the road-going Golf.

The Volkswagen Racing Cup starts over the Easter weekend (25 April) at Oulton Park, and will visit some of the most famous circuits around the UK, including Snetterton, Brands Hatch, and Donington Park, plus it incorporates a trip to Zandvoort in the Netherlands, before the season finale at Silverstone in October.