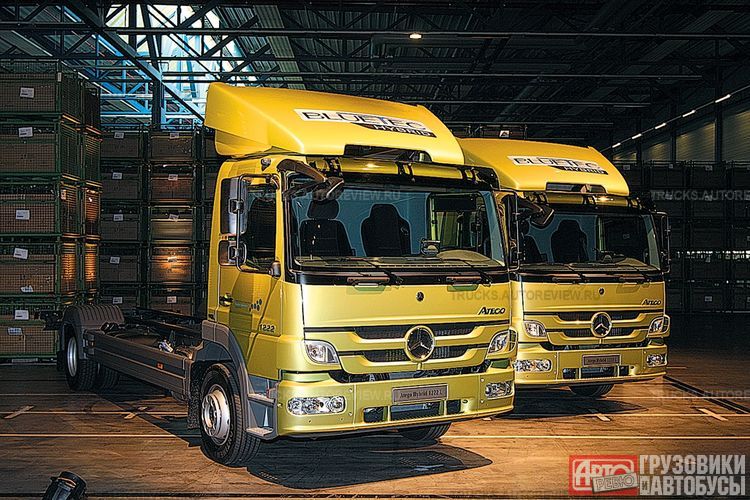 The engine start/stop system (MSS), which has been available for conventional Atego for years, has been further optimised for the hybrid variant. It reacts even faster to red traffic lights and stop-and-go traffic much faster by shouting down the engine.

The vehicle operates with so-called parallel hybrid drive. Together or separately, a Blue Tec 5 diesel engine with EEV technology and an electric motor take on the propulsion.

The electric motor sources its power from lithium-ion batteries that feed on recuperated braking power. In they field trials, the developers measured a fuel saving and an accompanying CO2 reduction of between 10 and 15 percent. This version has the European type approval for series vehicles 2007/46/EC.