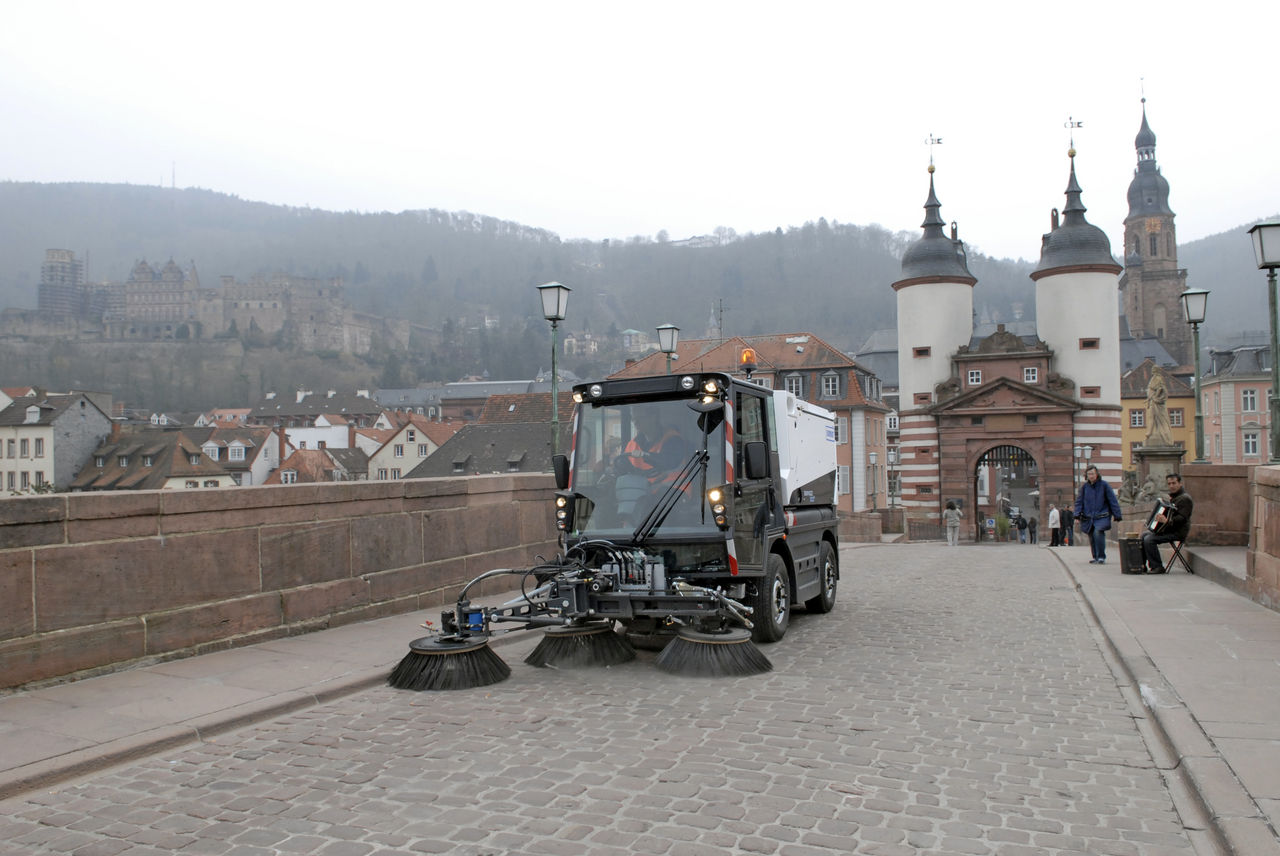 The SWINGO 200+ is driven by a smoothly-running, consumption-optimised Euro 5 Common Rail diesel engine with integrated particulate filter system. Equipped with the optimum noise-reduction kit, the 2-cubic metre compact sweeper remains below the limit of 99dB(A). This allows for using it for municipal cleaning works round-the-clock, even in residential areas. A further novelty of the suction port made of hot-galvanised steel: the coarse dirt cover in its previous form is no longer required.

A further fundamental idea during the redesign of the SWINGO 200+ was to increase the efficiency in addition to the industrial safety. This concerns for example the driver’s seat: the SWINGO 200+ is equipped with a seat with lumbar vertebra support as standard. The passenger’s seat has now also become more convenient. Basically, the entire driver’s cab, which is elastically mounted and soundproof, has been subjected to a renewal process. The lighting system has been provided a modern face, the work and long-distance lights are mounted on the roof of the cab and thus provide for better illumination. The dipped headlight and the direction indicator are accommodated in separate sockets, which imparts the design a dynamic impression and underlines the modern overall picture of the compact sweeper.

The standard equipment of the SWINGO 200+ includes the air-conditioning system. In the course of the cab’s redesign, the flow behaviour of the ventilation system has also been scrutinised. The all-round glazing offering a free view of the working area, both sides and the route is still a strong argument in favour of the compact sweeper, which is produced in St. Blasien.

Schmidt uses new technology in the sweeping system as well. The SWINGO 200+ is available as 2-brush and 3-brush system. Both variants, however, use the well-proved pressurised water re-circulation system, which binds the dust in the suction well, and have the fine dust certificate PM10. The outstanding features of the SWINGO 200+ include the hydro-pneumatic chassis. It allows for lowering the chassis during the sweeping operation by up to five centimetres, due to which the compact 2-cubic metre sweeper is also capable of coping with low entrances of underground and multi-storey car parks. A further advantage: the suspension automatically levels itself through the lowering and lifting.