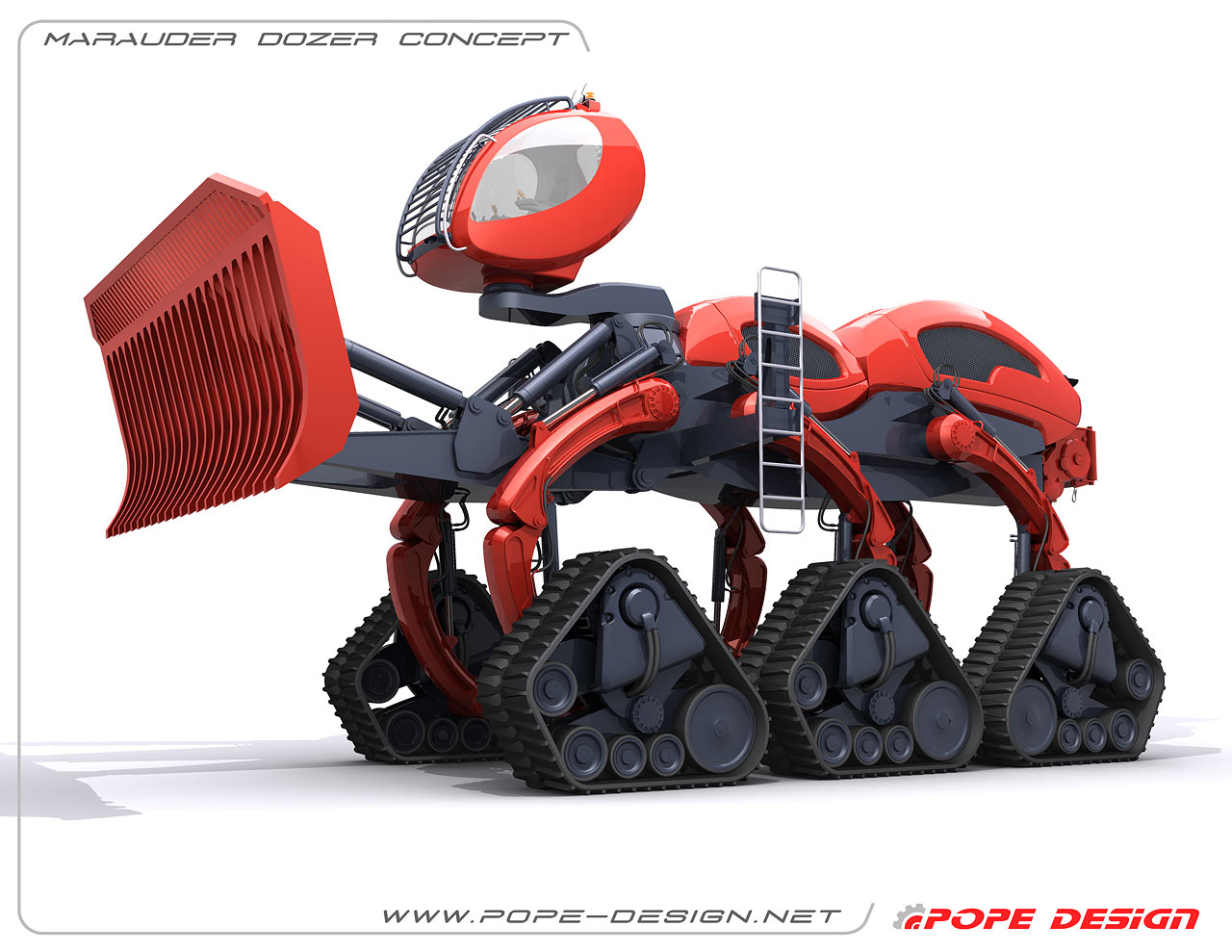 The Marauder Dozer is proof-positive that 2012 is the year of the ant, at least in the world of heavy machinery design. The Marauder Dozer was designed by Jon Pope and inspired by the African Marauder Ant. The Maraduer Ant is famous for its ability to take down large animals simply by swarming them.

The Marauder Dozer is inspired specifically by the Marauder worker ant. The worker ant’s only job is to clear a path for the rest of the troops. Pope’s gigantic bulldozer is designed to do just this. The Marauder Dozer sits on six treads and features a blade measuring 17.8 feet long and 8.2 feet high. This impressive piece of heavy machinery can also raise its cab up to 13 feet in the air to allow its operator to drive through flooded areas. Pope’s design is meant for clearing a path during forest fires or after natural disasters. 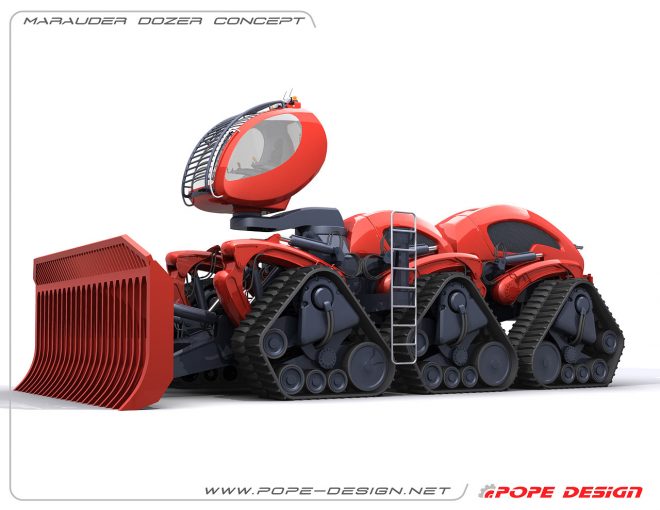 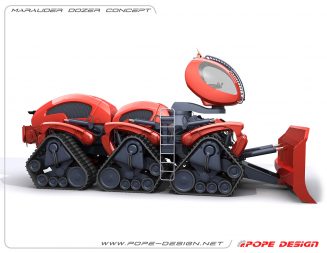 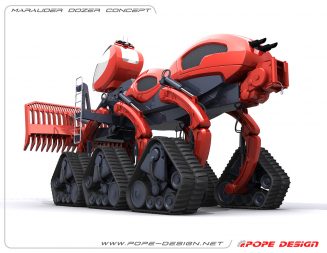 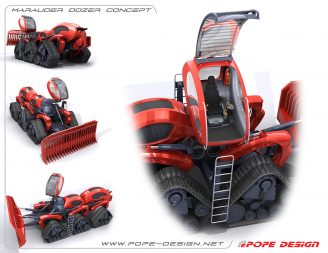 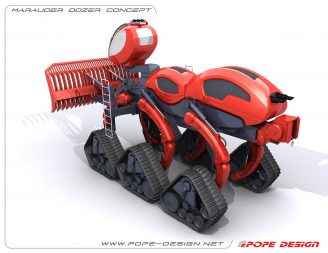 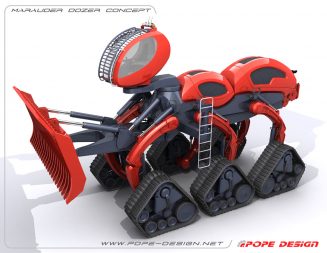 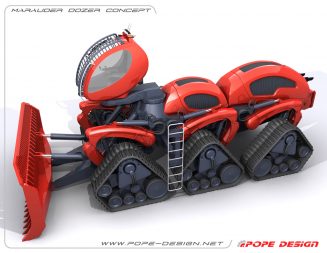 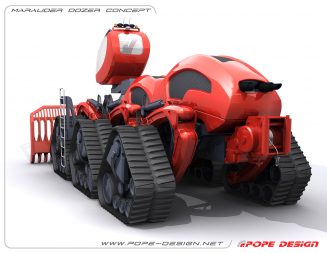 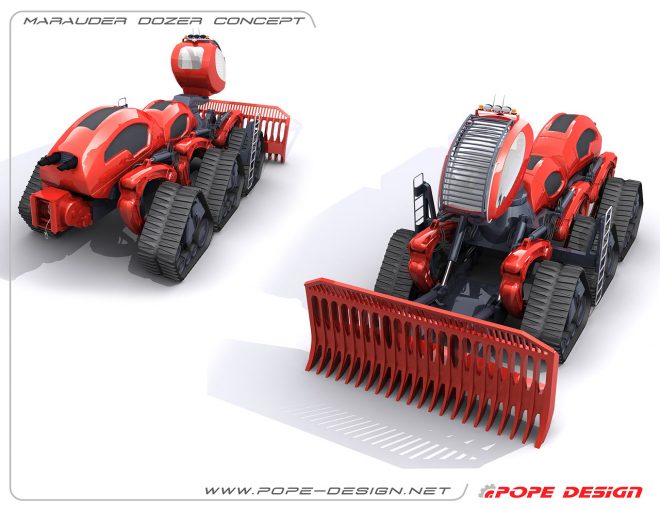 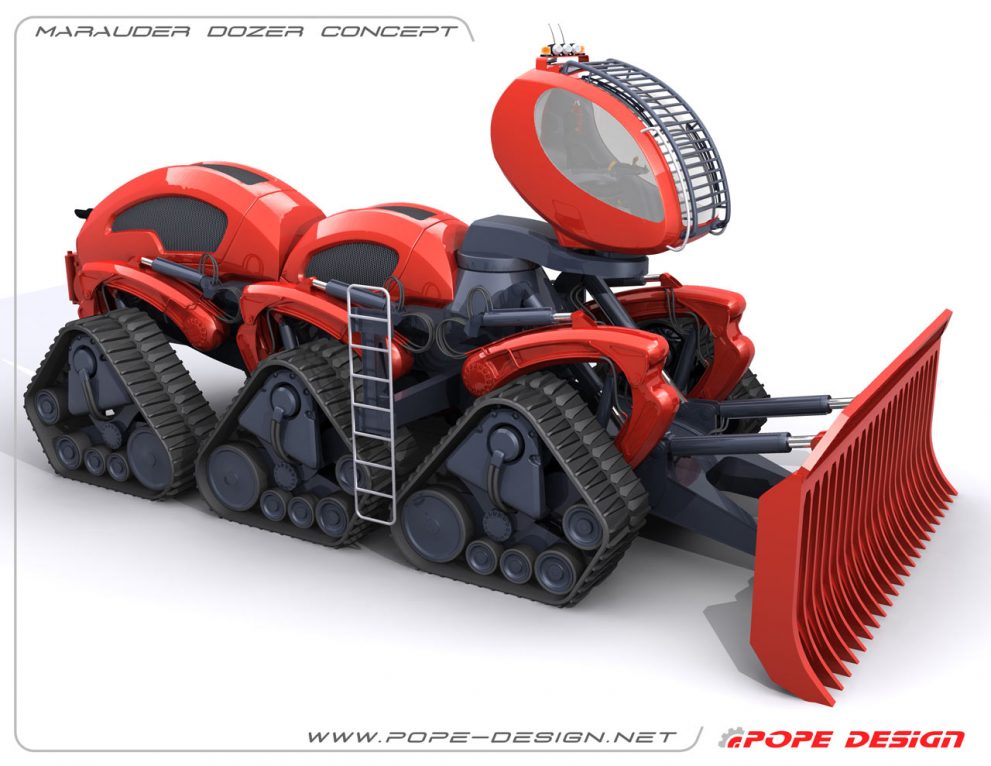