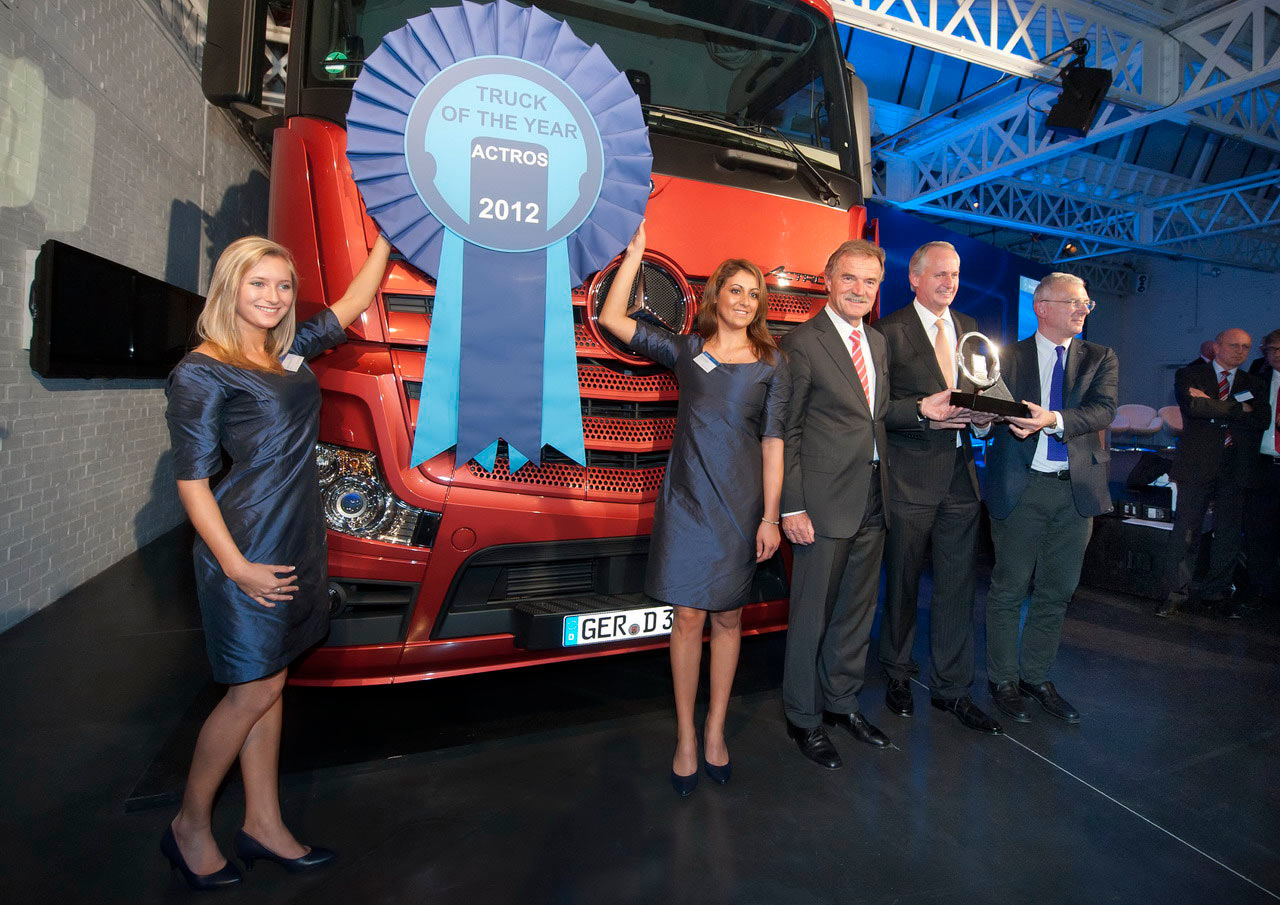 The industry journalists, coming from 24 European countries and specialised in commercial vehicles, voted the flagship from the Mercedes-Benz commercial vehicle fleet the best truck of the year for the fourth time. This brilliant career began back in 1997 with the first Actros, whose successors were also able to secure victory in the competition again in 2004 and 2009.

According to the rules of the jury, the title is awarded yearly to the truck that has made the greatest contribution towards innovations for road transportation in the fields of economy, emissions, safety, driveability and comfort. Polling a total of 161 points, the Mercedes-Benz Actros won the contest, far ahead of the runner-up Tatra Phoenix, with 67 points, while the third-placed contestant – Scania’s new Euro 6 range – followed with 50 points.

He said: “We are proud that the Truck Of The Year Jury has confirmed our efforts with this honour. Because over 10 years of dedicated effort and a lot of passion, heart and soul on the part of the entire team went into the making of the new Actros. The Actros is set to be our most important truck for the coming years, and this was a great motivation for us at Mercedes-Benz to create a milestone in this sector.”