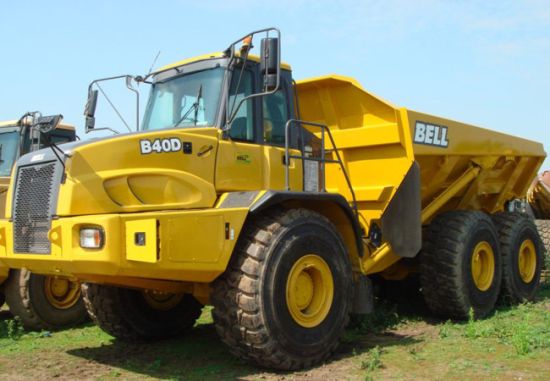 The B40D Mk7 truck will be fitted with a 335kW Euro3 spec engine, which will effectively improve the power-to-weight ratio by 6,5%. During demonstrations at various customer sites, where the truck competed against another manufacturer’s trucks, the Bell B40D Mark 7 outperformed in terms of production by 6% and also used 13% less fuel. Similarly the B45D, which has a 9% power increase from 350kW to 380kW.

The new Mk7 is much faster and able to complete more cycles per hour due to its increased speed. In addition, operating engine rpm has been reduced by clever (optimal) tuning of the drive line. Apart from providing better fuel consumption, it has also improved the gradability of the machine in almost all gear ranges. The reduced driveline drag has been achieved through the introduction of a Bell-designed Wet Disk Brake (WDB), which has already been successfully incorporated on the B30D, B45D and B50D. Cooling for the axle oil now takes place in the axle and not in a separate cooler at the rear of the cab. The WDB system still has forced circulation but now includes an inline filter on the B40D, which will improve service times and reduce oil change intervals.