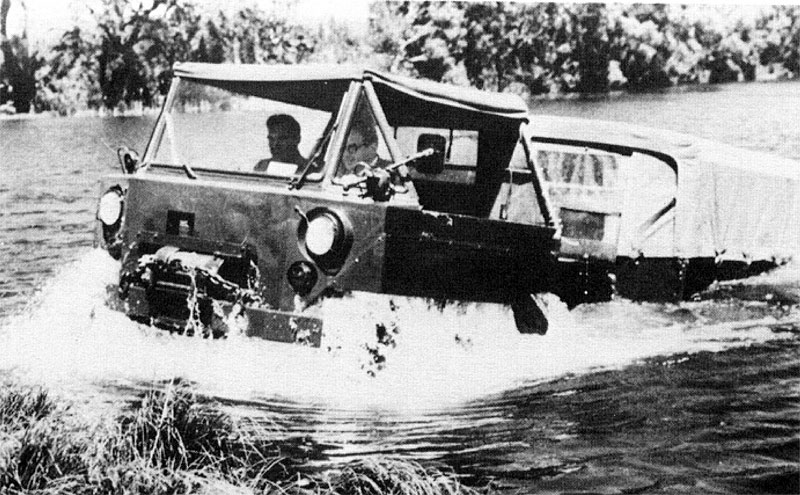 Chevrolet’s Tactical Articulated Swimmable Carrier (TASC) of 1965 was the logical successor of the Sidewinder, and it employed the same double-articulated arrangements of components. The 283 cubic inch Chevrolet V-8 engine, Chevrolet two-speed automatic transmission, and Dana two-speed transfer case were all housed in the middle unit.

The front unit held the driver, a passenger, and had about 12 square feet of cargo space. The rear unit could carry cargo or personnel. The entire rig weighed 6,400 pounds net, 9,300 pounds with a full payload. Sitting on a 135-inch wheelbase and riding on 14.00×20 tires, it could reach 55 mph on land, 3 to 4 mph in still water.

The TASC was nearly 17 feet long, and was 78 inches high at the windshield. The angle of approach was 60 degrees, and the angle of departure was 50 degrees. A hydraulic 7,500 pounds capacity winch was mounted behind the front bumper, and disk brakes were fitted to the Chevrolet trucks axles. It was tested by the Army at Ft. Knox, but like the Sidewinder, it was not approved for production. 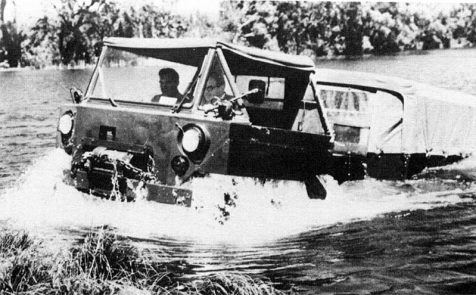 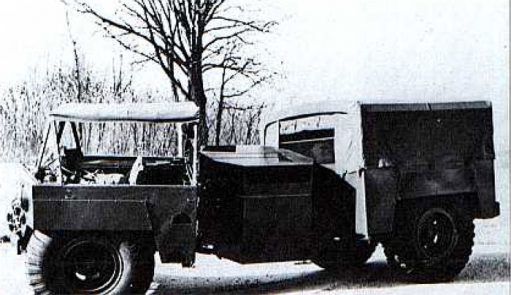