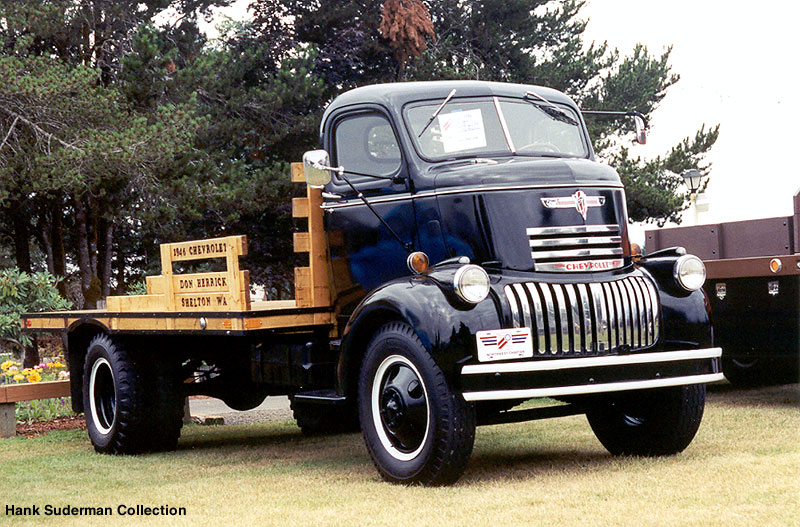 In 1941 Chevrolet did a complete style change on its truck line, including COE models. The new range received indices YU for 109-inch wheelbase, YV for 132.5-inch wheelbase and YW for 158-inch wheelbase.

In 1943-1945, because of war production, all civilian auto and truck manufacturing in the U.S. was curtailed by government order. All vehicles of that time were strictly military or former civilian models in “battle dress”.

In 1946 civilian producing was reborn. Trucks of 1946 were virtually copies of the 1942 products. The Series designations were changed again. COE trucks became now OH, OI and OJ, depending on wheelbase. All COE trucks from this year were built on a 2-ton chassis, instead of 1.5-ton before. The indices for 1947 were PP, PR and PS. 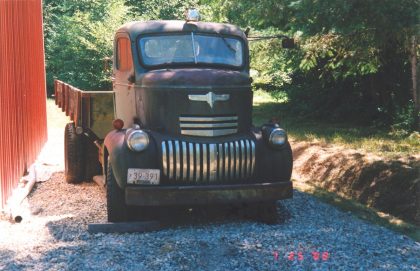 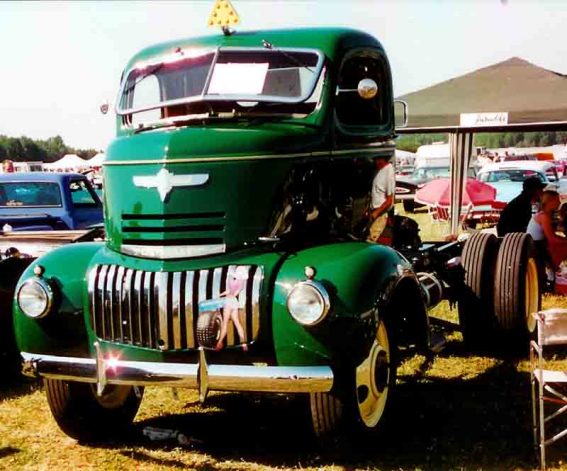 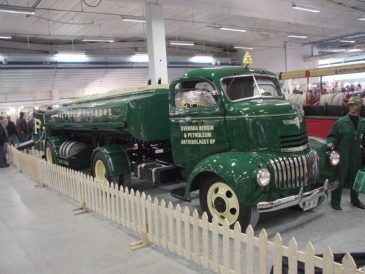 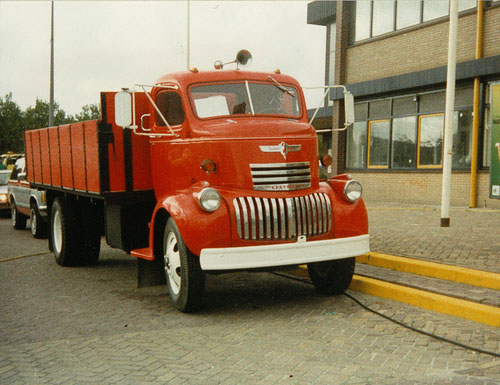 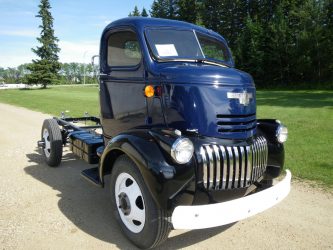 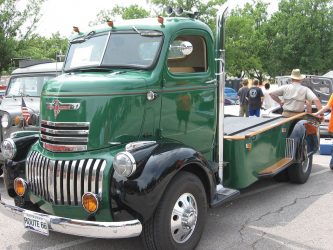 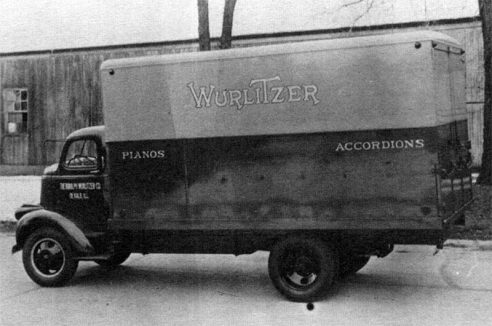 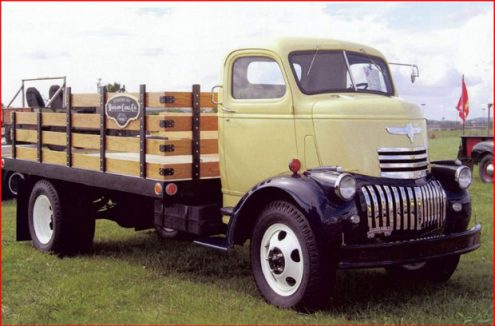 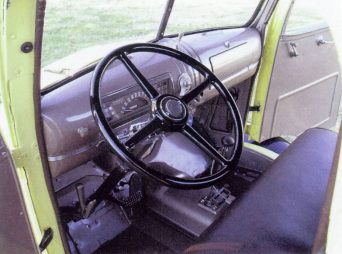 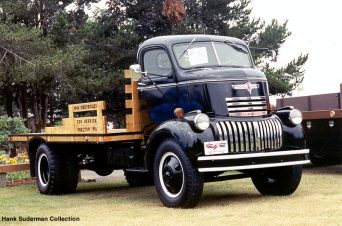 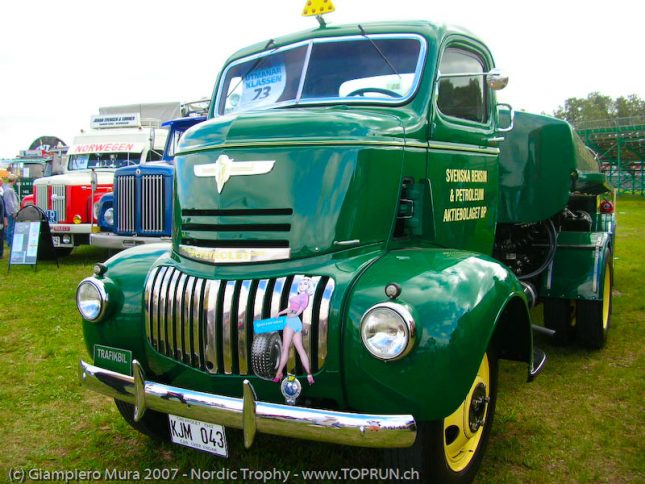