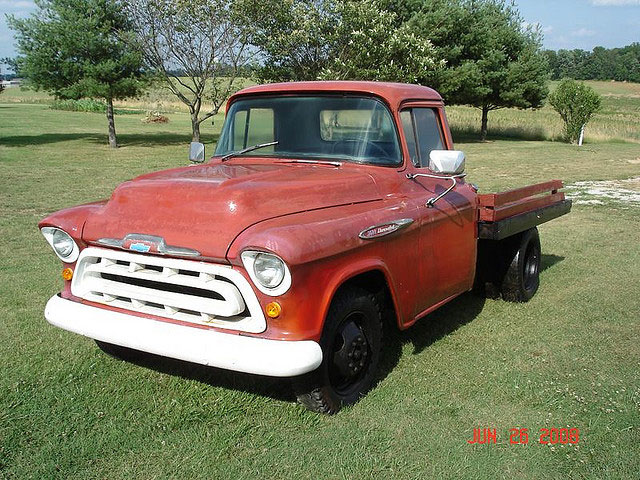 In 1955, the truck line was vastly improved, with totally new sheet metal gracing all models. For the first time in Chevrolet’s truck range light duty and medium duty trucks received different styling. All trucks received newly designed fenders which flowed into the door contours, new cabs with attractive wrap-around windshield, headlights set in heavily-browed sockets, and a new hood with a pronounced frontal overhang. But if the medium and heavy-duty models received an attractive egg-crate grille, the light-duty models got more regular cell grille.

In March 1955, the Second Series Chevrolet trucks made their appearance. Although the light models were visually the same as the First Series, they were provided with upgraded 6-cylinder engines, or could be ordered with the new V-8 of 265 cubic inches. It was called the Trademaster for the truck line, and was downgraded to 145 horsepower at 4000 RPM.

In 1956, the engine’s power was increased again. Two 6-cylinder engines were available, the standard 140 horsepower model or the optional Jobmaster of 148 horsepower at 4000 RPM. The most common V-8 in the truck line was the Taskmaster, which turned out 155 horsepower at 4200 RPM. 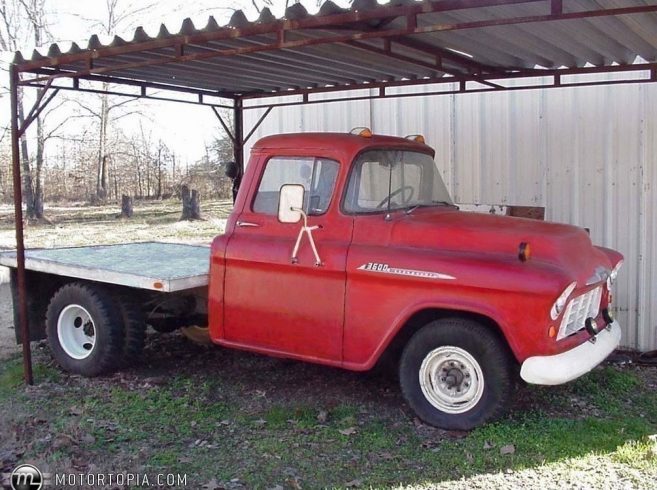 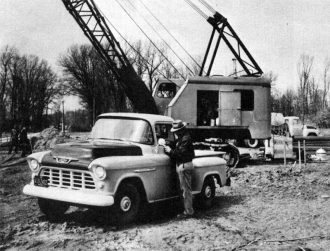 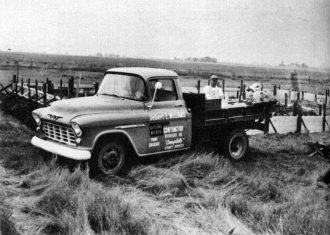 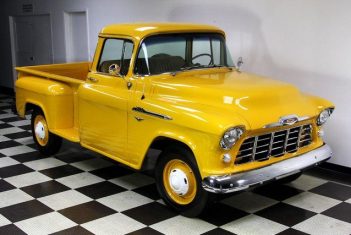 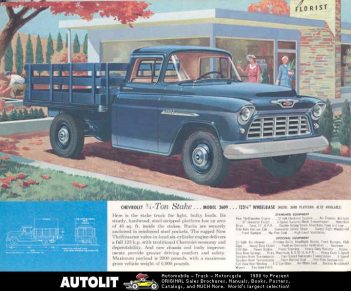 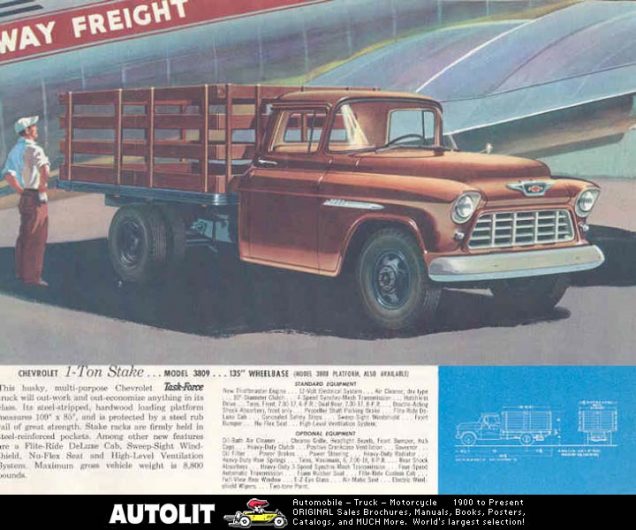 In 1957, the light trucks received a new grille, while the design of medium and heavy-duty trucks remained invariable. The new grille was standard white color, or extra-cost chromed. Cabs from this year received wrap-around rear windows for better visibility when backing.

Only three engine options were available to light truck buyers, those being the basic Jobmaster and Thriftmaster 6-cylinder units or the 265 cubic inch Trademaster V8. However buyers did have a choice of four transmissions: the standard column 3-speed, a floor shifter heavy-duty 3-speed; a floor shifter 4-speed, or the column-mounted 4-speed Hydra-Matic. 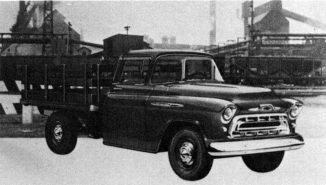 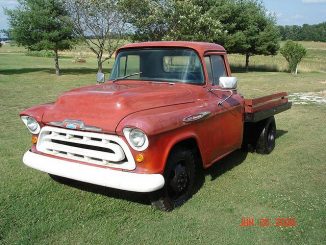 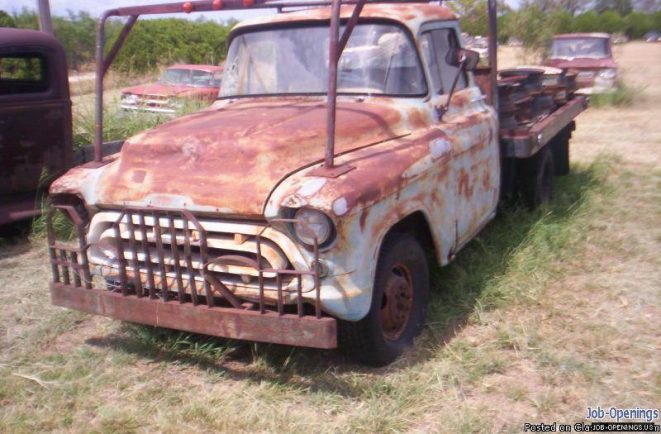 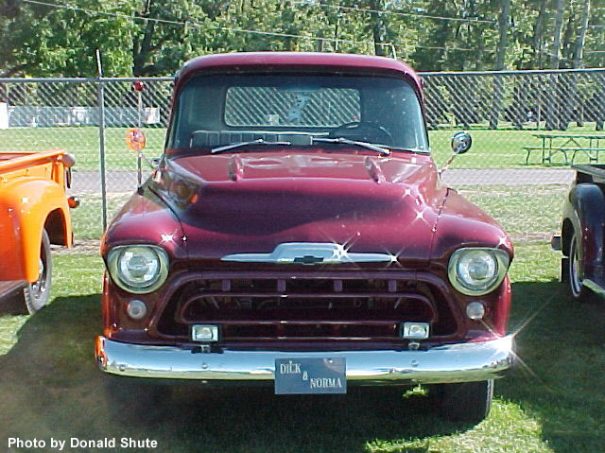 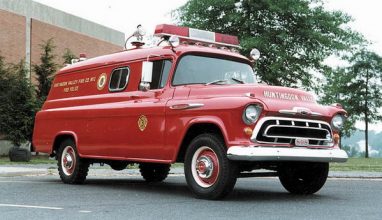 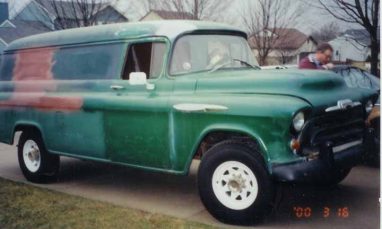