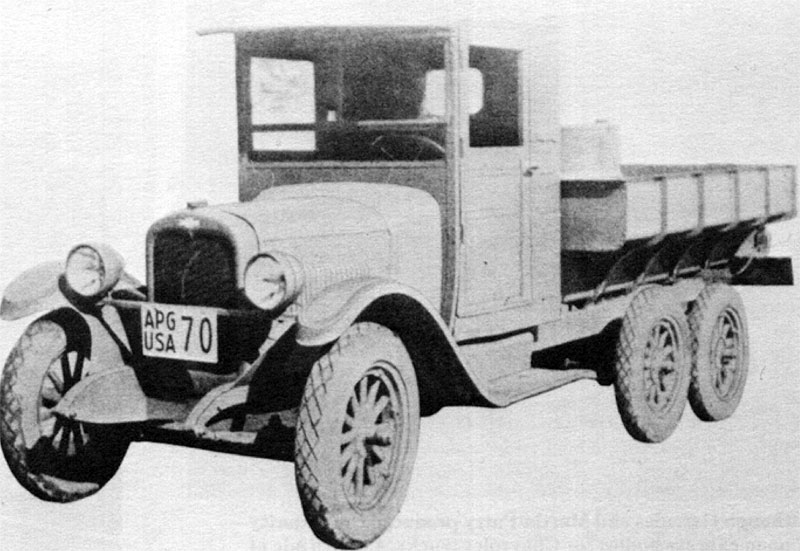 Chevrolet built 3/4-ton 6×4 truck in 1926 for the Army’s Ordnance Corps to test. Using the standard Chevrolet’s 171 cubic inch four-cylinder engine which developed 21.7 hp, it was probably rather slow and underpowered. A similar rig was built on 1927 chassis also, and it was tested by Infantry in Georgia. Only 2 prototypes were built.