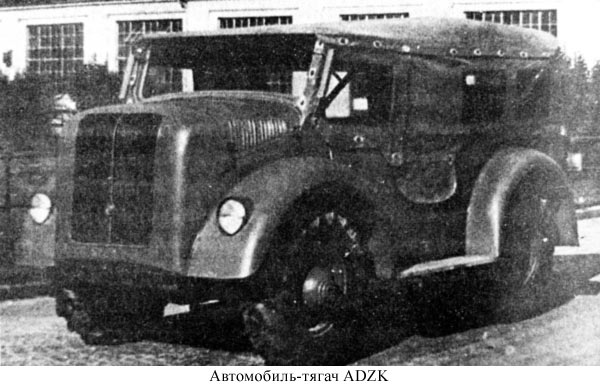 According to all the dimensional parameters ADZK tractor was a small passenger car. Its wheelbase was 2000 mm, length – 3870 mm, width – 1720 mm. The car can carry up to 7 people with light weapons, or tow a 2-ton trailer or a gun. Max speed was 75 km/h. 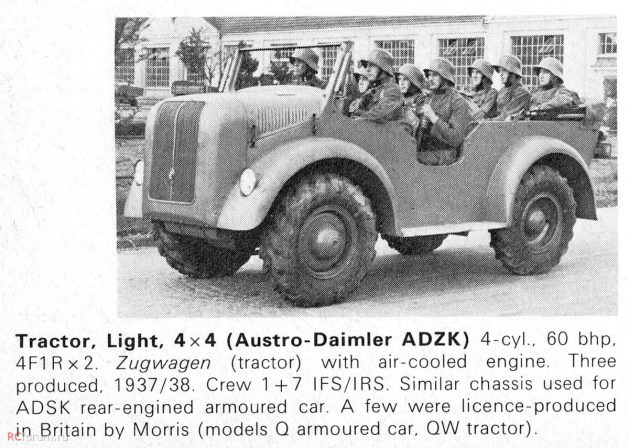 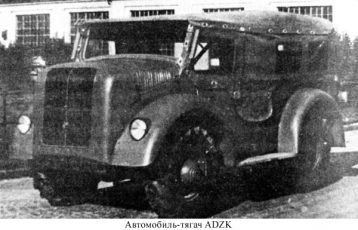 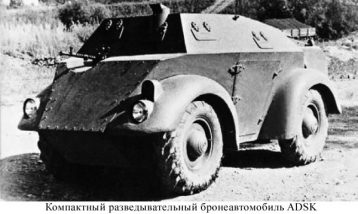