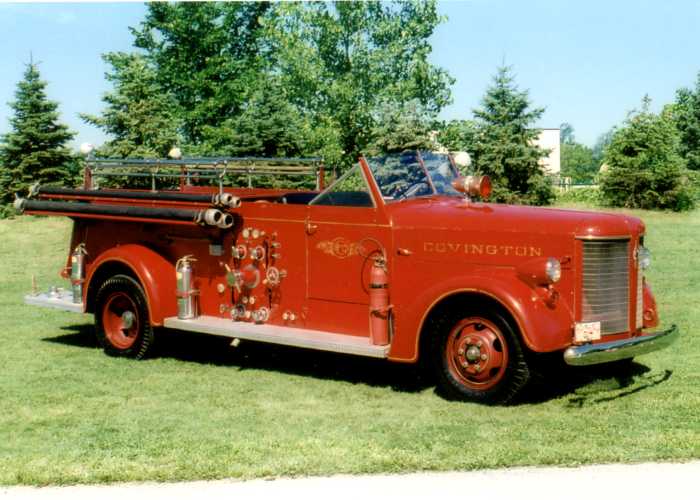 Unlike on the big 500 Series, suction hoses and ladders on these new entry-level customs were carried outside of body. Standard engine in the Type 500 was the small Lycoming-derived V-12 coupled to a 750 gpm pump. The Type 500’s no-frills styling was extended to new budget-priced models of the company’s city service ladder trucks, quads and quints and even to some tractor-drawn aerial trucks. 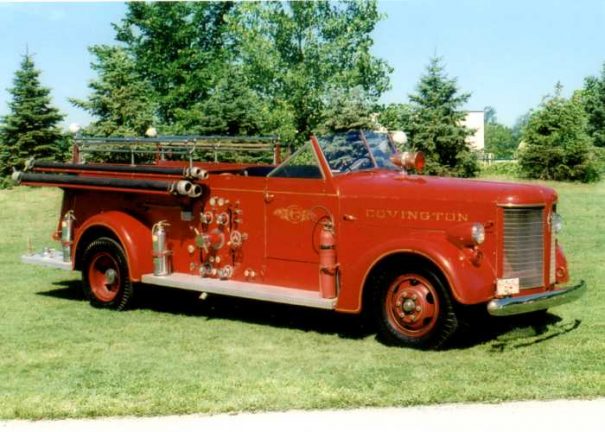 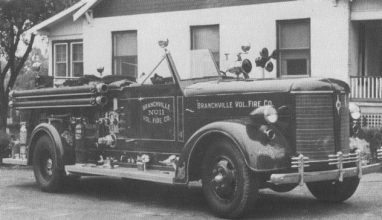 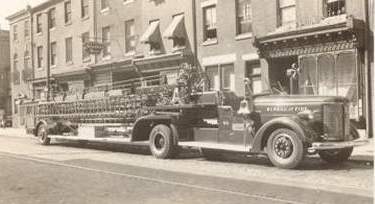 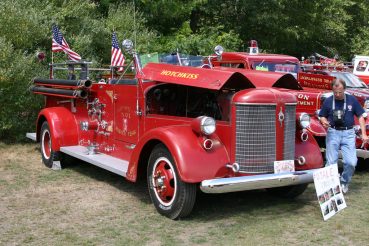