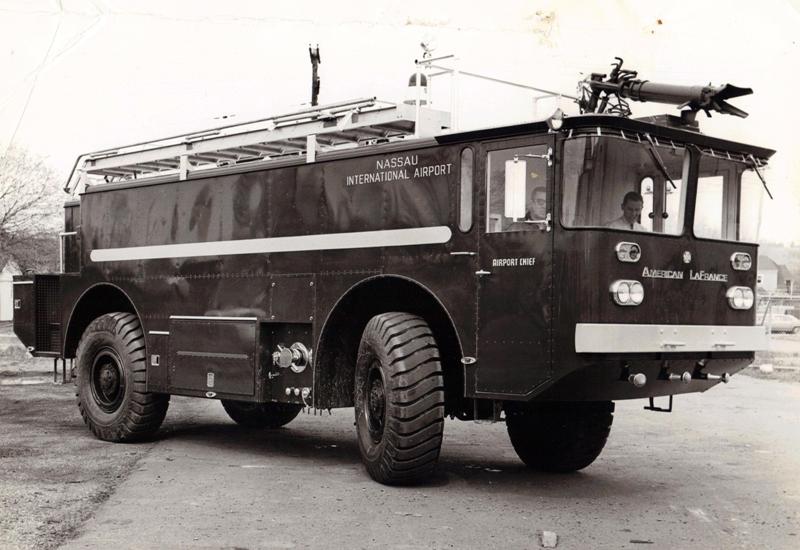 American LaFrance had a range of 900 Series based Airports Chiefs. But the company also introduced a boxy-looking, rectangular Airport Chief family of airport crash-rescue trucks in 1963, looking almost as if it were based on the Pioneer Pumper, but there was no slanted windshield. Only six of this model of the “Airport Chief” were built, including one for Nassau IAP in 1964.