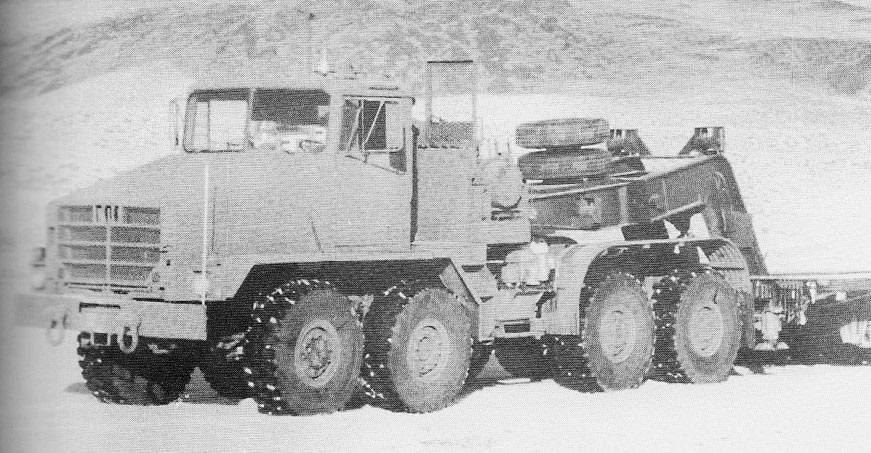 In 1988, the AM General Company took a part in a competition for a new tank hauler HET and built one prototype – the M1A1 Hauler (8×8). It was the big four-axle tractor with a diesel engine in front of the vehicle and with a sloping hood for better visibility. The front two axles were steerable. Specifications of the truck were not published. Later, a heavy hauler Oshkosh M1070 was chosen for mass production.