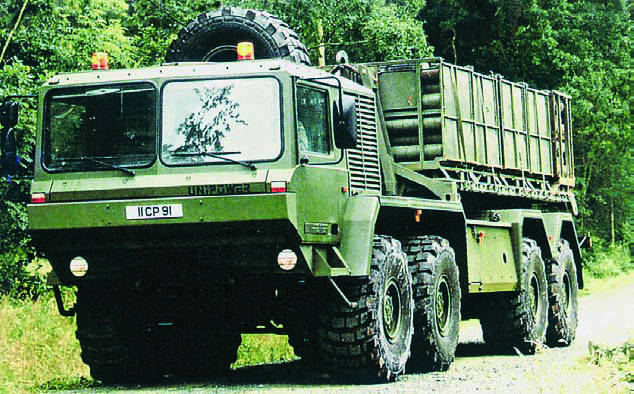 In 1992, Unipower has launched in a mass production the M series chassis. Since 1994, it is produced under the brand Alvis-Unipower. The series M was 8×8 and designed to carry heavy loads weighing up to 24 tons or installation of special military equipment. These include: vehicle launched bridges BR90; self-unloading system PLS; tankers with capacities of 15 000 and 20 000 l; transporter of sea landing and wrecker.

The chassis were equipped with a 6-cylinder turbodiesel Cummis M-405E engine, with working volume of 10.8 liters and 400 horsepower. It could be also equipped with the Perkins-410Tx engine, with working volume of 12.17 liters and 403 hp at 1800 rpm. Both engines were connected with an automatic transmission Ecomat-6HP 900 (six forward gears and one reverse). Transfer gearbox is one-speed ZF. Suspension is on parabolic leaf springs. The chassis has single wide tires Michelin XZL 24R21, with an automatic change of internal pressure.

Cabins are all-metal with 2 or 3 places for crew and equipped with an independent heating and air conditioning, covered with Stels technology panels. The noise level inside the cabin is 85 dB. Maximum speed is 90 km / h. Width – 2,99 m, height – 2,95 m. Total weight of the truck – 39 tons.

The “M” series chassis were built on a unique all-welded frame, with exceptional rigidity to bending and twisting, which is especially important when driving on rough terrain. The location of the engine behind the cab gives the optimal weight distribution, which eventually results in a small height of the truck. It is very important for the Army transport, both in combat missions, and when moving by plane.

By the way this chassis without special preparation can be transported by the main transport aircraft of the NATO – the Lockheed C-130. Later the modified series MH was presented, including two heavy truck tractors with 6×6 and 8×8 axle configurations with a gross combination weight of 110 and 117 tonnes respectively.

As a special equipment the trucks received hydraulic winches with a force of 25 tons. The cabins provide a space for the driver, his assistant and four members of the crew. 4-axle model has different tires Michelin XZL 24R21 and a top speed of 90 km / h. 3-axle MH-6660 model has Michelin XZL 395/85R20 tires and the maximum speed of 85 km / h. Alvis-Unipower has produced about a hundred of heavy vehicle launched bridges BR90, but orders for other military modifications were minor, and the plant in West Midlans remained without orders. 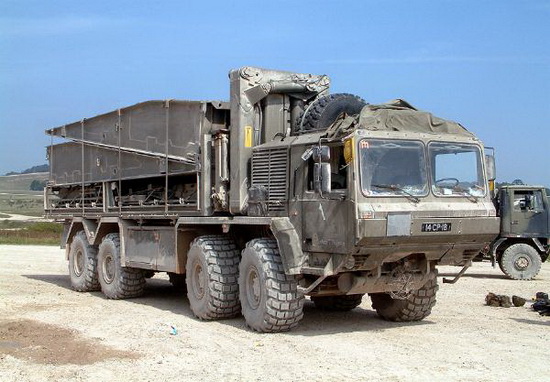 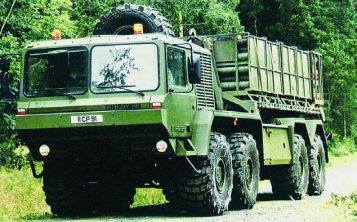 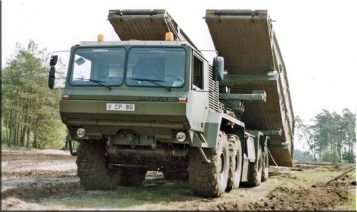 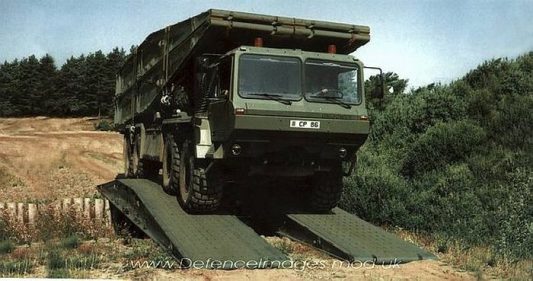 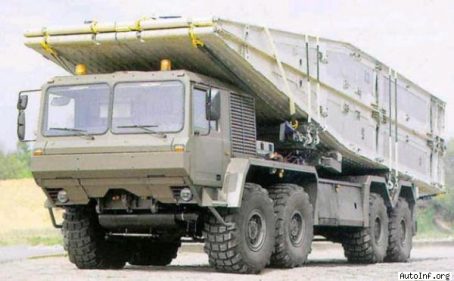 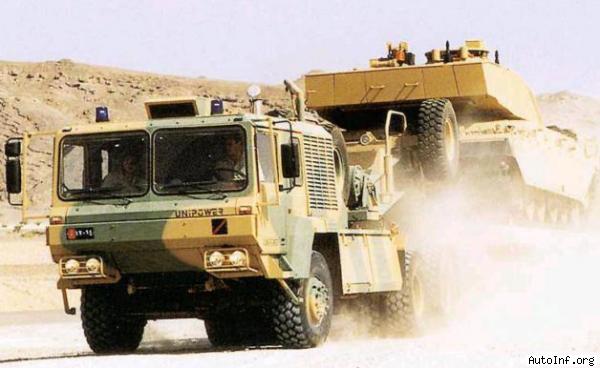