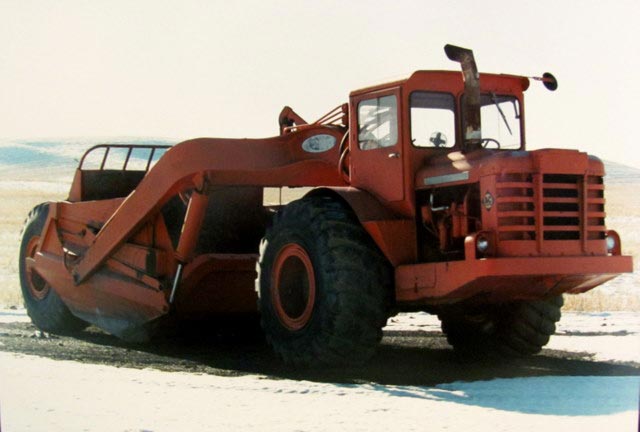 After LaPlant-Choate became a part of the Allis-Chalmers organization in 1952, the parent company soon developed new models from the LaPlant-Choate design. The three model line introduced in the period spanning from 1954 to 1957 consisted of TS-160, TS-260 and TS-360, with respective heaped capacities of 9.5, 14 and 20 cubic yards (ca. 15 m³). Still retained its cable-operated scraper, the TS-360 had an operating weight of 49,000 pounds (ca. 22 t) and was powered by an Allis-Chalmers 280-horsepower diesel engine.

Hydraulic steering by two double-acting cylinders was controlled by a single valve connected with a direct linkage to the half-moon-shaped steering wheel. The lightest model in the range, the TS-160, had a 155 hp engine. The heaviest model TS-360 was available also as dump trucks TW-360 and TR-360. The last was equipped with a cab with roof.

TS-260E was an elevating scraper with a capacity of body is 17.6 cubic meters. It was introduced in 1965 as a special version for a well known standard scraper TS-260. Elevator mechanism with a hydrostatic drive was made by Hancock Manufacturing Company of Texas. Total weight is 26 tons. 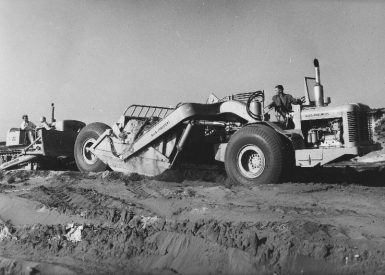 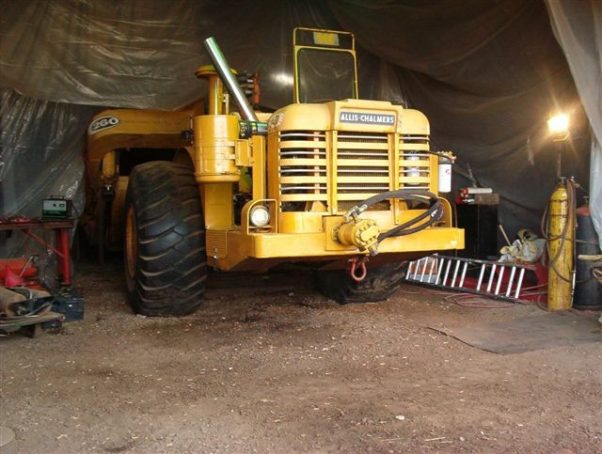 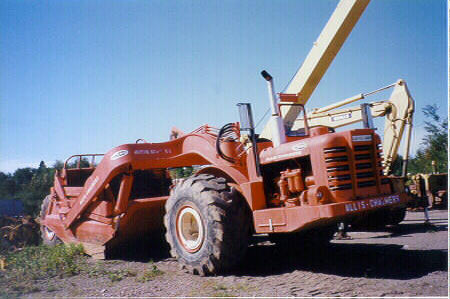 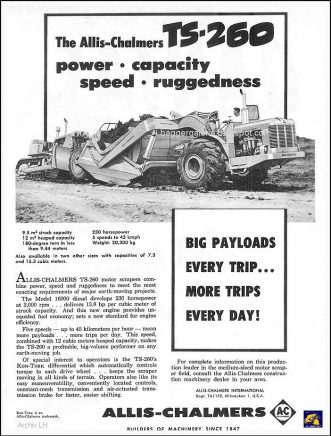 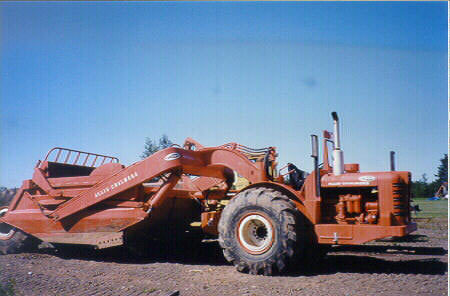 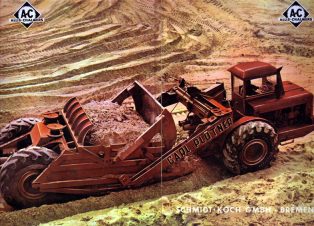 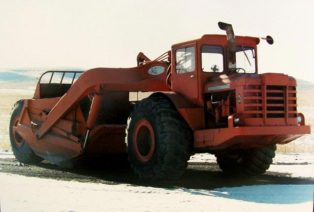 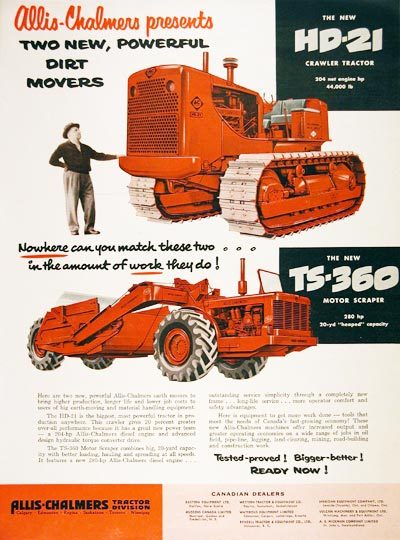 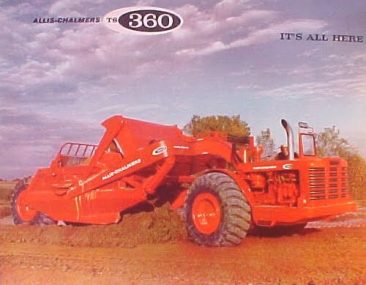 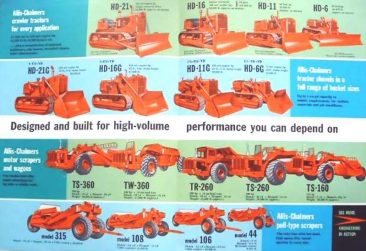 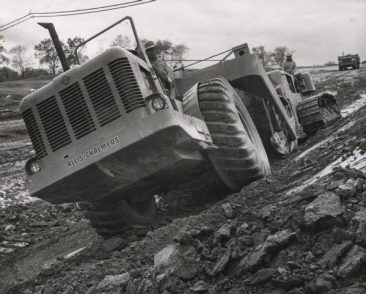