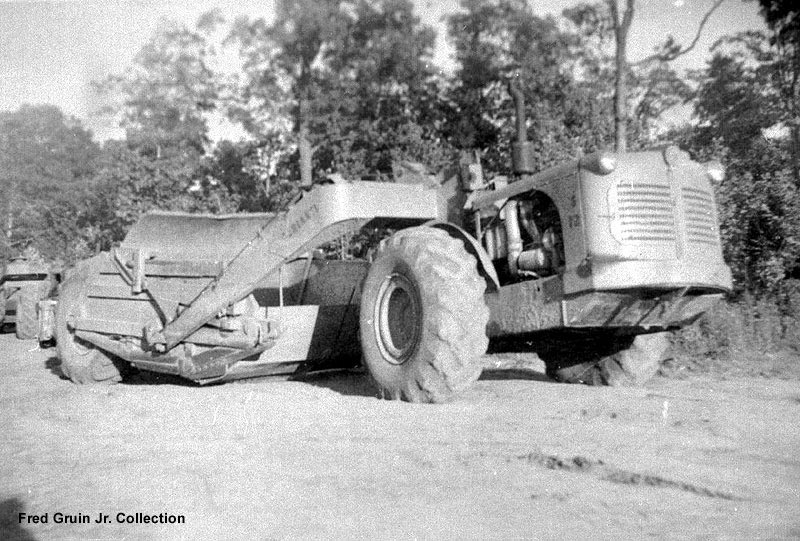 The TS-300 was not an original Allis-Chalmers designed machine. Following WWII, the LaPlant-Choate Manufacturing Company of Cedar Rapids, Iowa, a long time builder of dozer blades, rippers and towed scrapers, wished to follow competitor Le Tourneau’s example and build a self-propelled scraper. The prototype was ready for testing by mid 1945 and put into full scale production in 1947. LaPlant-Choate was already a well respected name in earthmoving circles and supplied a good deal of its equipment to Caterpillar for use with their track-type tractors.

Powerplant of TS-300 could be either a 275hp Cummins model NHS600 or a 280hp Buda model 6DAS-844 depending on the customer’s preference. The Buda, however, appears to be the favored engine fitted. This was connected, via a 17-inch dry clutch, to a Fuller four-speed manual transmission. Fully loaded the TS-300 could move along at 23 miles per hour (ca. 37 km/h). Where the TS-300 differed from its contemporaries was in its steering, which was fully hydraulic and capable of 90 degree turns in either direction.

The 14 cubic-yard struck, all cable controlled scraper was of relatively conventional design and featured a curved cutting edge – another LaPlant-Choate trademark – in order to obtain heaped loads faster and with less effort on the machine. LaPlant-Choate also offered a 19 cubic yard bottom dump for use with the TS-300 tractor. In this configuration the machine was known as a TW-300 (W for wagon).

As far as the operator was concerned, there was not a great deal to commend the TS-300 as there was very little in the way of creature comforts and the engine was partially exposed to his right with all the heat and noise that this entailed. Even the seat was rigidly mounted to the frame. The TS-300 was replaced by the model TS-360 in late 1955. Interestingly, the TS-360, apart from a redesigned tractor unit, utilized an almost unchanged TS-300 bowl. 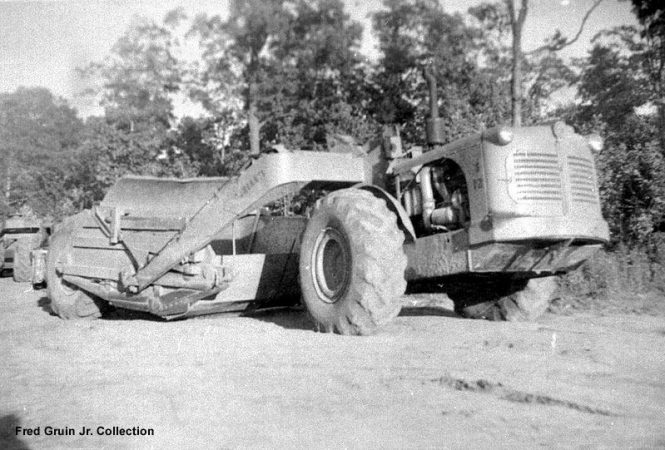 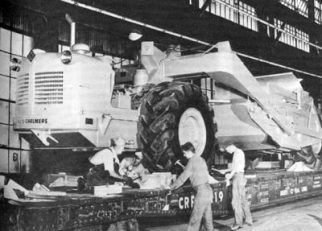 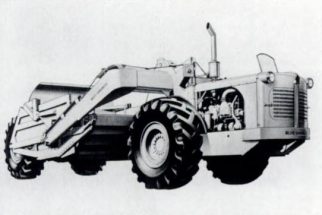