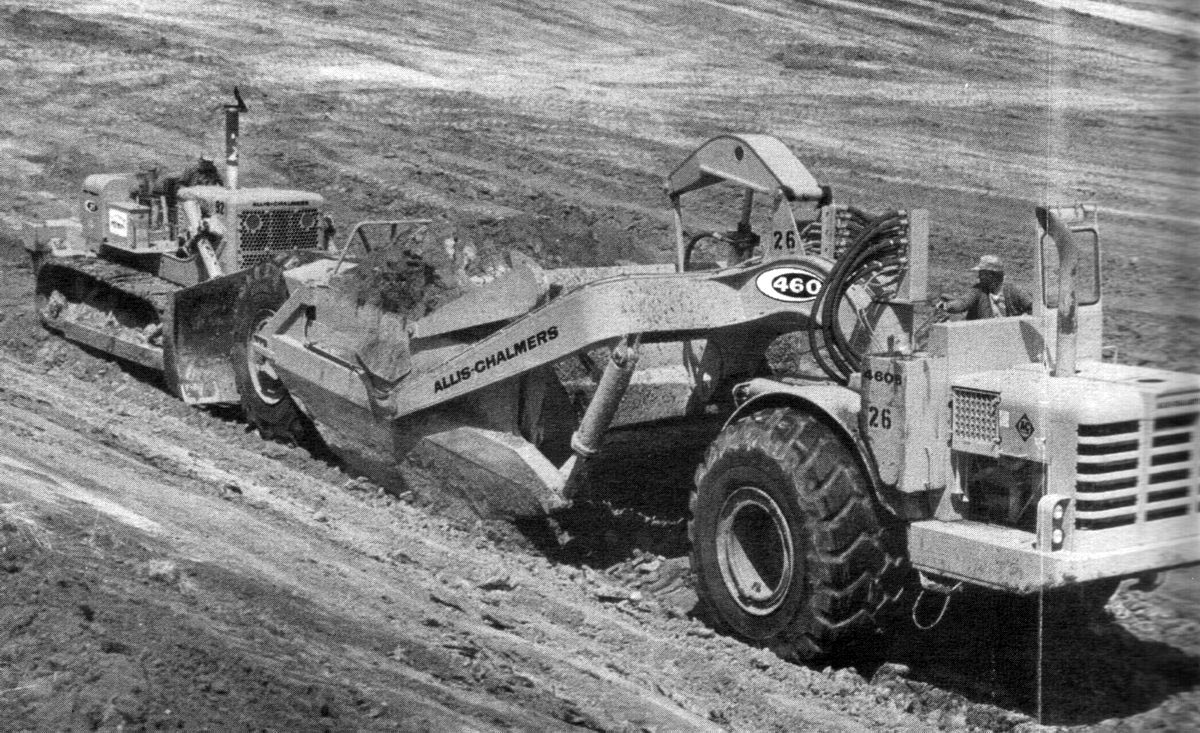 In 1962, Allis-Chalmers began to expand its motor scraper line in a big way. It launched two of the largest scrapers it ever made, the models 460 and 562 of 32 and 40 cubic yards (ca. 31 m³) of heaped capacity. Model 460 is topped out the Allis-Chalmers single-engine motor scraper line. The 562 was a twin-engined giant with engines in front and rear that totaled 730 horsepower, and weighing 51 tons. It featured a modular concept so that the scraper could be operated with or without rear engine module. 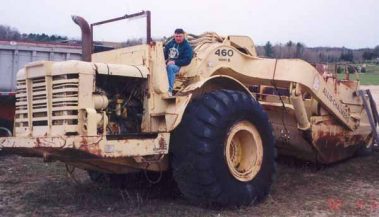 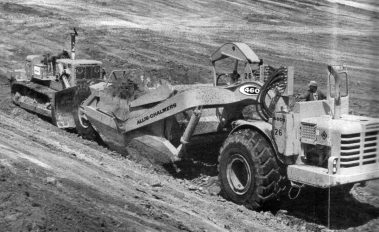 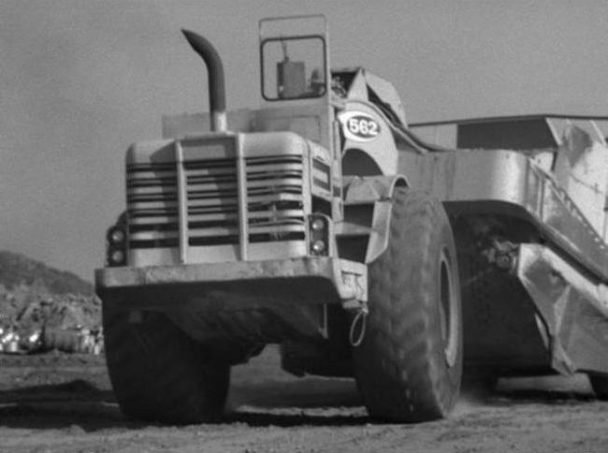 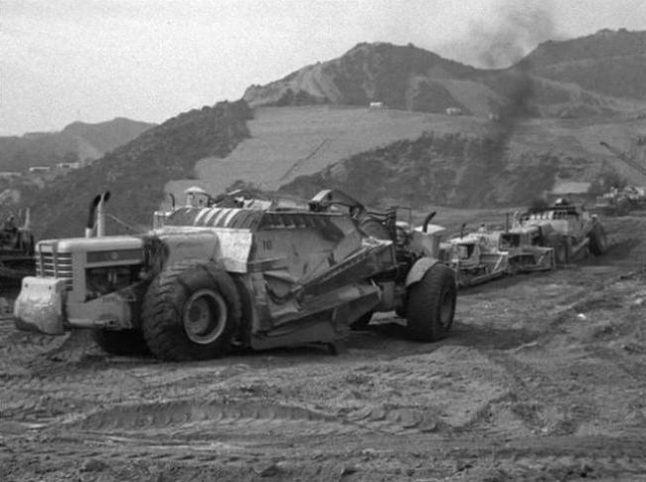 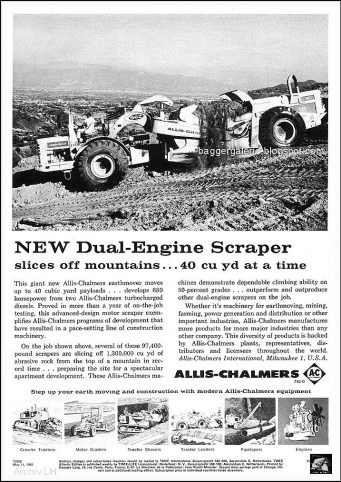 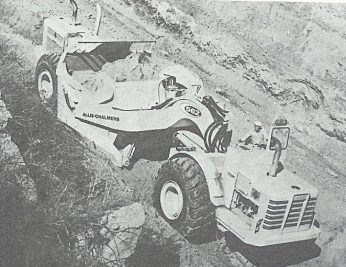