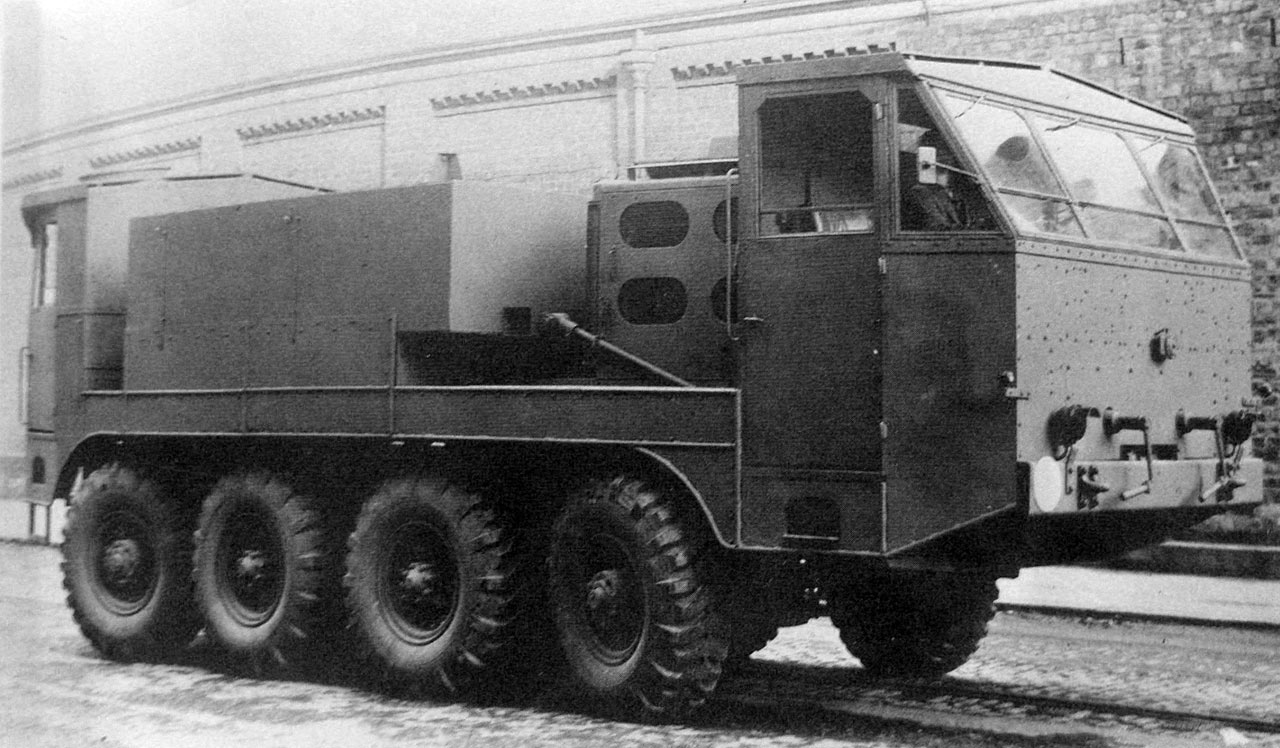 The twin-engined WD.CX33 was the most powerful vehicle built by Albion Motors, and two prototypes were manufactured, one in 1943, the other the following year. They were designated for use as tank transporters, towing a 3 axle low loading trailer, and had the capability of recovering disabled tanks from the field. The first prototype had all 8 wheels driven as originally built, but appears to have been converted to a 8×6 at some later stage. On this machine the first two axles were steerable, while on the second prototype axles numbers 1 and 4 were steerable.

Both prototypes had two EN248 six cylinder 10.5 litre petrol engines mounted side by side, and situated behind the driver’s cab. Both engines had their own clutch and gearbox, one power train driving axles one and four and the other driving the intermediate axles. The driver’s cab differed in external appearance on each prototype, but both machines had a three-piece windscreen and the driver sat in a central position behind the middle section. There was also a rear cab which was provided for control of a power winch. 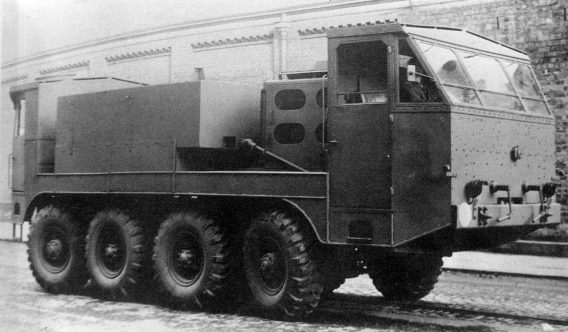 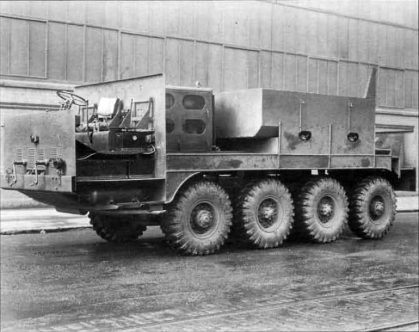 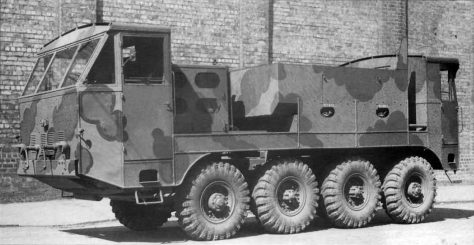