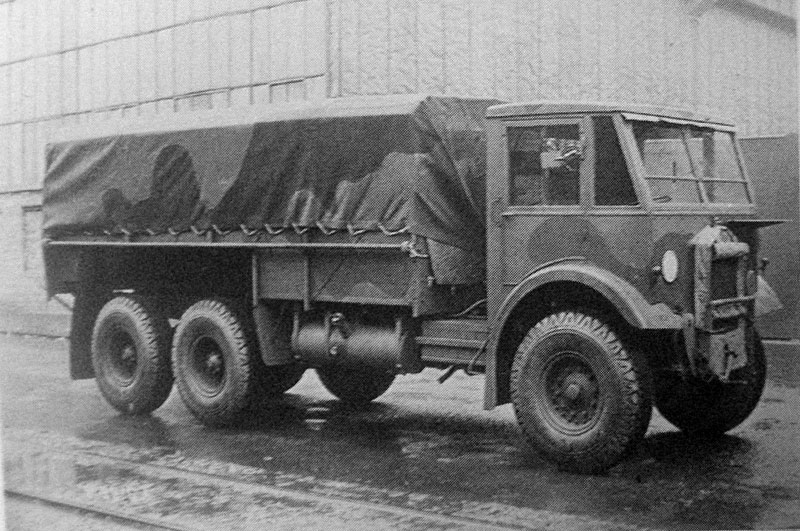 The WD.CX23 was a 6×4 general service truck, basically the overtype version of the WD.CX24 tank transporter model, and was designed for payloads of 10 tons. Introduced in 1941, a year before the WD.CX24, it had vacuumed assisted brakes rather than full air brakes, and an EN244 oil engine rather than the larger petrol unit, this being proffered for an artillery vehicle. The EN244 was basically the same as the EN242 bus engine except that it had no belt driven auxiliaries. Several hundred were made during the war years.

Albion WD.CX23. From the Albion of Scotstoun book