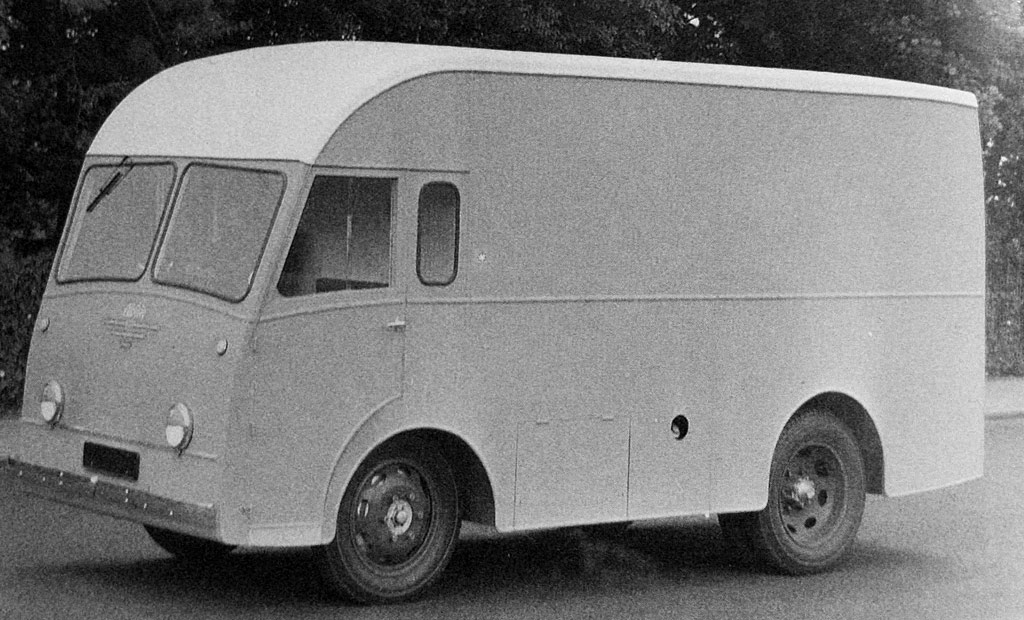 The model LD1 had a horizontally opposed 2.44 litre two cylinder air cooled engine mounted at the rear and coupled to a Self Changing Gears automatic gearbox, which was later replaced with an Albion constant mesh box. It was intended for the mobile shop business where Albion was the market leader in Scotland, but it was not successful. After a period of testing it was decided that the project was not viable and the vehicle was broken up. 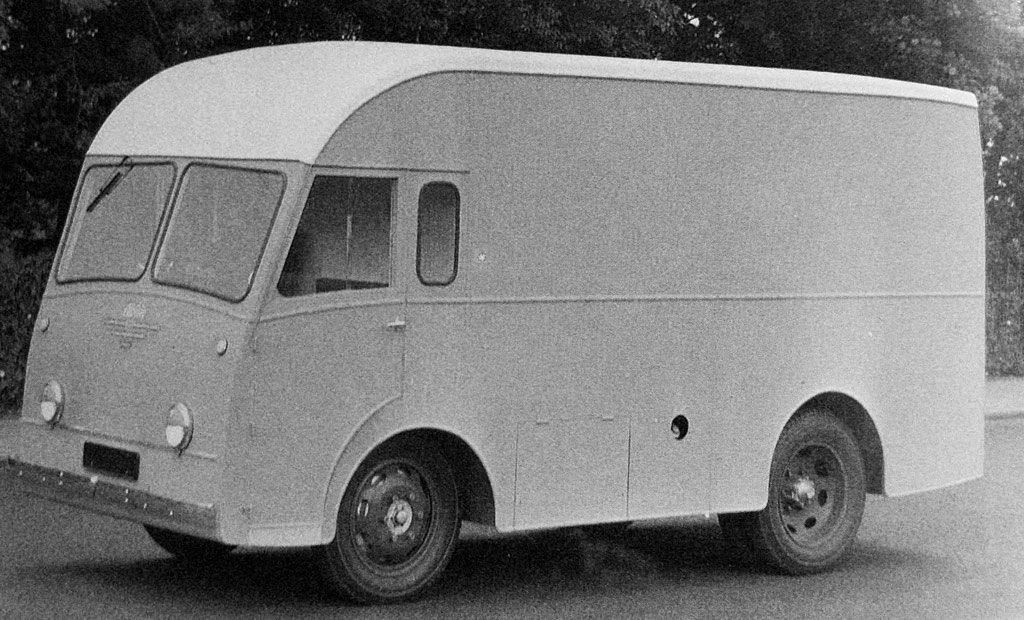 Albion LD1. From the Albion of Scotstoun book