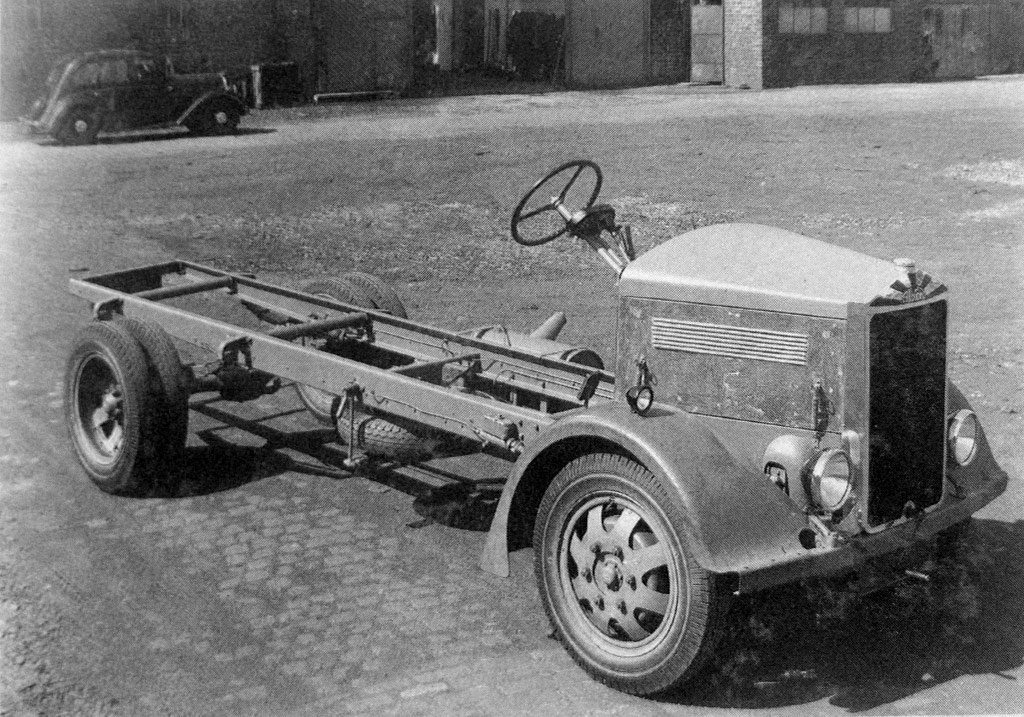 There were two bonneted AZ models, the AZ2 and the AZ8, and only one of each was made. In 1937 was presented the AZ2 chassis, a right hand drive model possible intended as the basis for a light fire engine. The AZ2 was the bonneted version of the AZ1, both of which were fitted with the earlier EN270 four cylinder petrol engine. The AZ8 was presented in 1940 and was 3 ton bonneted prototype. In April 1947 a decision was taken to discontinue the AZ range in an attempt to rationalize the company’s output. 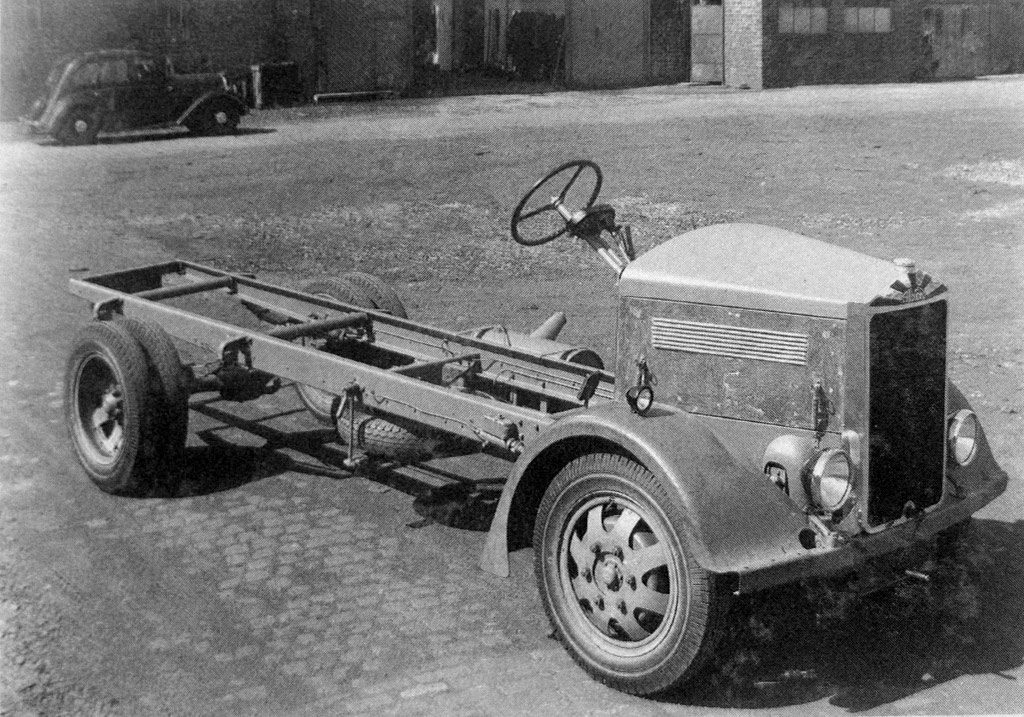 Albion AZ2. From the Albion of Scotstoun book