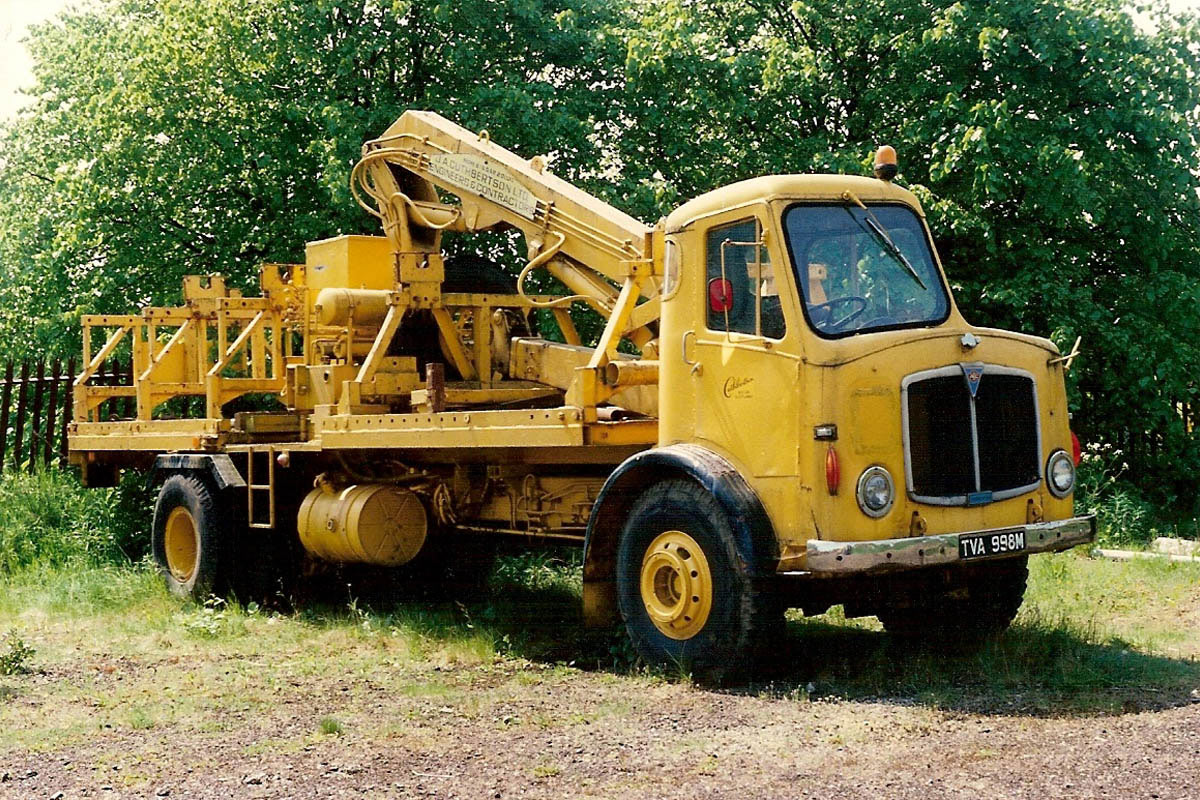 Several AEC Mandator G4 were used by the RAF (Royal Air Force) to load Avro Blue Steel missiles on V-bombers during the Cold War. Blue Steel is a British air-launched, rocket-propelled nuclear stand-off missile. This version of truck has a single place cab. 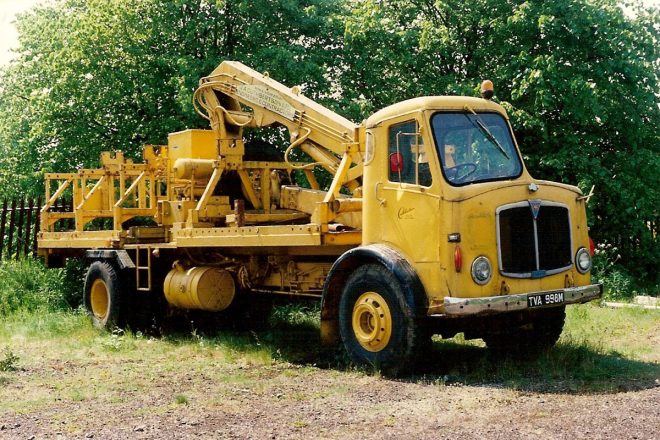 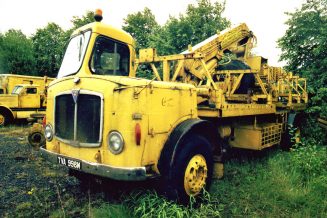 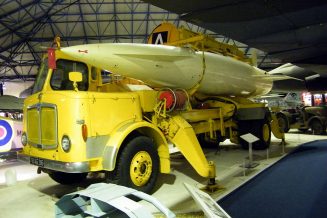